The Destructive Power of Neglect

Posted on September 1, 2017 By CBN Author In Devotionals

Neglect is such a subtle destroyer. It goes unnoticed among the many concerns that occupy our lives, but like a current under the waters surface it has the power to suck us down into the depths. The power of Neglect is not in the way or form it takes, but in what it communicates. It is also well adapted to camouflage itself with things that make it justifiable, never allowing the voice of the neglected to be heard.

First off, before I go on, I want to make clear that we are all guilty of neglecting others and have suffered from the destroying power of Neglect to one degree or another. To those who would seek to use their own experience of being neglected to justify their own bitterness and rebellion, this is not for you (to you I can only say that you need to do a study on the importance of “forgiveness” and learn to accept that people are imperfect). I do want to offer these thoughts for each of us to examine where our own priorities have been and how those priorities have led to us neglecting those we should value and love. 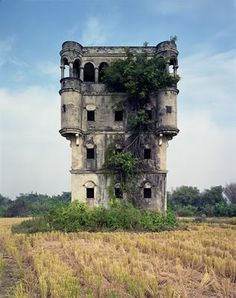 Secondly, the intensity of the destruction that Neglect will have is in direct proportion to the intimacy of the relationship. There are spheres of intimacy or relationship. The most intimate would be the bond of marriage of which God testifies that that “two shall become one flesh.” (Gen. 2:24) Then you would have immediate family, then a community of common belief such as a church, then a city and after that- country. If you can visualize the individual as being in the middle and the spheres of relationship getting larger at each level, they encompass more people and are therefore less intimate. But where there is relationship, there is the possibility of suffering Neglect. Neglect by a community will not have as much of an impact on us as the Neglect of a spouse, but both are hurtful.

The definition of Neglect:

1:  to give little attention or respect to :

2:  to leave undone or unattended to especially through carelessness

If you apply that definition to the way you are called to treat those God has placed in your life, the problem becomes a little clearer. Think about the way you treat: your spouse, kids, parents, co-workers, and whoever else you would like. Is it starting to sink in?

Good, let’s keep going. If we can agree that we want to avoid being neglectful, what is it that we need to do? What is the opposite of Neglect? Here is a list of antonyms for Neglect: attend (to), heed, mind, regard, tend (to), appreciate, cherish, prize, treasure, value; cultivate, foster, nurse, nurture; pamper; remember; listen (to), watch; follow, mark, note, notice, observe, remark

To help us to avoid making the mistake of neglecting others, we have to start with the acceptance of the truth that “God created man in His own image; in the image of God He created him; male and female He created them.” (Gen 1:27-28) If we understand that God has created the people that He has placed in our lives, and that He has stamped them with His image, we will value them as those God made for the purpose of pouring His love into. Cultivating that attitude towards others is where you want to start. By Neglect we communicate to the person that we value other things above them. It can be work, material things, ambitions, drugs or alcohol- whatever it is, you are communicating that you value “it” above them. Reading and applying the Word of God to the way we think is the way in which we practice the command to “not be conformed to this world, but be transformed by the renewing of your mind,” (Rom 12:2) 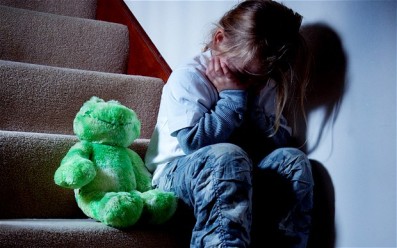 The deceptive power of Neglect comes in the form of some of the reasons we allow ourselves to Neglect others. We all have trouble juggling priorities. It is a struggle that constantly needs evaluation. I think the most deceptive is when people neglect others for “Religious” looking reasons. Paul uses the example of Jewish believers of his day using their religious dietary restrictions to alienate themselves from fellow believers who were not Jewish. He writes: “I know and am convinced by the Lord Jesus that there is nothing unclean of itself; but to him who considers anything to be unclean, to him it is unclean. Yet if your brother is grieved because of your food, you are no longer walking in love. Do not destroy with your food the one for whom Christ died. Therefore do not let your good be spoken of as evil; for the kingdom of God is not eating and drinking, but righteousness and peace and joy in the Holy Spirit. For he who serves Christ in these things is acceptable to God and approved by men.” (Rom 14:14-18)

As one who came to faith out of the heart of strict religious orthodoxy, Paul’s teaching throughout his letters was that all the religious activity in the world, aside from being infused with the supernatural love of God is meaningless. That is what 1st Corinthians 13 is all about.

This example was given by Jesus, and I love the story of this healing on the Sabbath:

“Now He was teaching in one of the synagogues on the Sabbath. And behold, there was a woman who had a spirit of infirmity eighteen years, and was bent over and could in no way raise herself up. But when Jesus saw her, He called her to Him and said to her, “Woman, you are loosed from your infirmity.” And He laid His hands on her, and immediately she was made straight, and glorified God.

But the ruler of the synagogue answered with indignation, because Jesus had healed on the Sabbath; and he said to the crowd, “There are six days on which men ought to work; therefore come and be healed on them, and not on the Sabbath day.”

The Lord then answered him and said, “Hypocrite! Does not each one of you on the Sabbath loose his ox or donkey from the stall, and lead it away to water it? So ought not this woman, being a daughter of Abraham, whom Satan has bound — think of it — for eighteen years, be loosed from this bond on the Sabbath?” And when He said these things, all His adversaries were put to shame; and all the multitude rejoiced for all the glorious things that were done by Him.” (Luke 13:10-17)

Your ticket for the: The Destructive Power of Neglect

The Destructive Power of Neglect