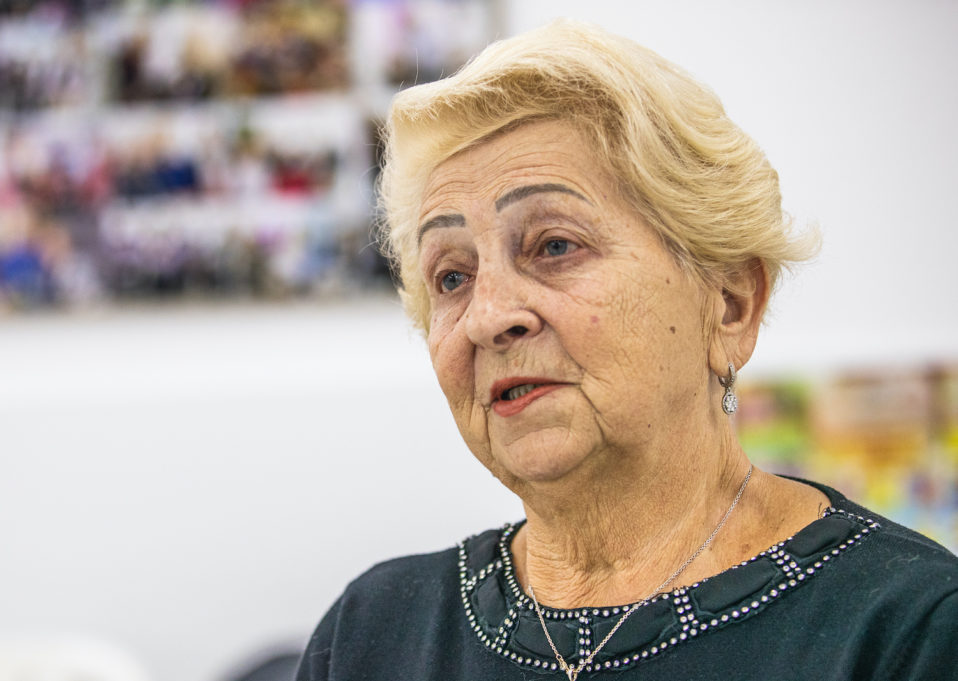 She was locked in the basement. It would be years before she’d see the sky again. Raisa was just a child when a family friend rushed her and her mother out of town to safety. For the rest of the war, they stayed with Raisa’s non-Jewish grandmother in a German home where their presence wouldn’t be suspected by the Nazis. But being locked in the basement for four years not only made it feel like a prison; the lack of fresh air and vitamins made the girl’s immune system very fragile. At times, her mother despaired for her life.

Despite the deprivations, the two of them survived. Making their way home after the war to find their Ukrainian village destroyed, Raisa and her mother found it far from easy to return to a country ravaged by war and death. Raisa met and married a Jewish doctor, and after a few decades they decided to immigrate to Israel.

Now widowed, Raisa spends a lot of time with other Holocaust survivors in her adoptive land. She is enormously grateful for the steady food deliveries that our generous partners make possible. Most of all, she loves having someone to talk to. She is so thankful to CBN Israel partners for their extraordinary support!

Your ticket for the: Holocaust Survivor: Raisa’s Story