Palestinian Leadership Responds to the Abraham Accord 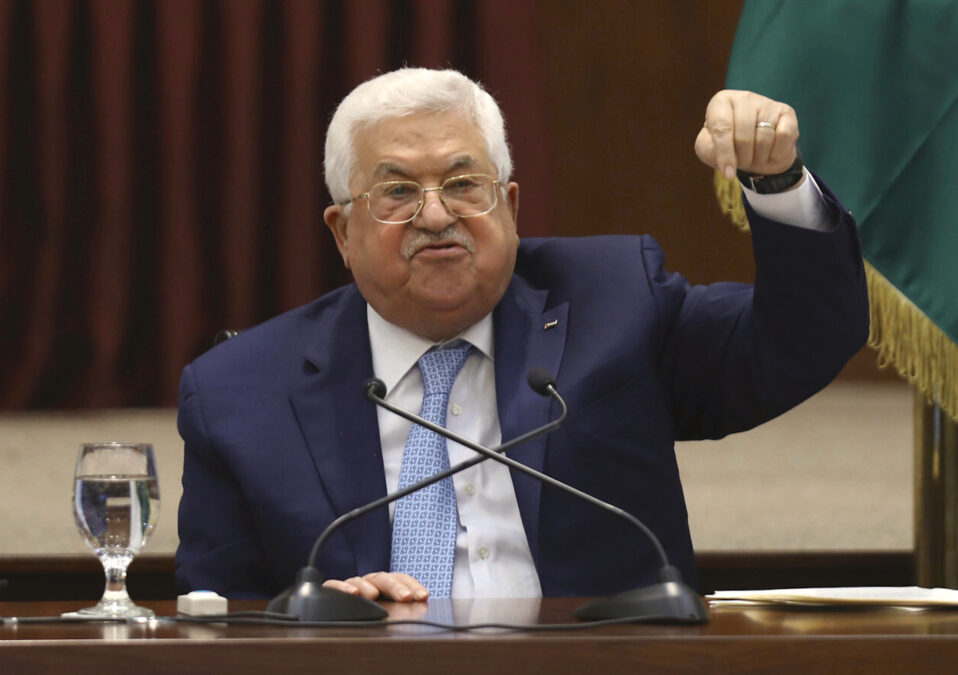 Evangelical Christians have long venerated President Harry Truman for his boldness as the first world leader to recognize Israel’s statehood in the United Nations vote on May 14, 1948. Now, 72 years later, another momentous decision has taken place.

When President Trump and a trio of Middle East leaders signed the Abraham Accord last week, it signaled a shift in the region’s alignment. In fact, the two Arab Gulf nations—United Arab Emirates (UAE) and Bahrain—disproved a decades-old mantra regarding Arab Palestinians: that an Israeli-Palestinian peace had to occur before any agreements with other Arabs. Clearly, recent events proved that abandoning conventional wisdom forged new pathways in the Middle East.

The increased willingness to normalize relations with Israel traces back to President Obama’s damaging Iran deal in 2015. In addition to Israel’s security concerns, the Arab Gulf nations also considered the Iran deal an affront since the Persian nation poses a security threat to them. They are further concerned that the Iranian Imams want to take control of the holiest sites in the Muslim world—Mecca and Medina in Saudi Arabia. The Arab states grew to realize that Israel was a friend worth having, because Israel can (and has proven it will) stand up to Iran’s relentless quest for a nuclear weapon. They also gained trust in President Trump when he canceled the defective Iran deal and reimposed sanctions. In his speech at the virtual meeting this week at the annual United Nations General Assembly, President Trump once again emphasized, “As long as Iran’s menacing behavior continues, sanctions will not be lifted. They will be tightened.” Israel and the Gulf states once again welcomed the good news.

Yet with the Abraham Accord, here we are again—with Palestinian political and religious leaders still clinging to their victimhood narrative. Not surprisingly, Palestinian officials erupted in outrage, with accusations from Palestinian Authority President Mahmoud Abbas and the Grand Mufti, Sheikh Muhammad Hussein. As the Muslim religious leader on the Temple Mount, Hussein issued a fatwa—a religious ruling—thundering, “I forbid UAE Muslims to pray at the Al-Aqsa Mosque!” (Normalization had opened the door for the Gulf state Muslims to visit the Al-Aqsa Mosque.) The Palestinian Authority said the landmark Accord was a “betrayal,” calling the UAE Crown Prince a “tumor” and a “traitor” who had committed “political prostitution.”

This, despite billions of dollars in aid from Arabs, Europeans, and Americans over the years. In addition, a frustrating succession of failed diplomatic deals since the 1993 Oslo Accords has been met with Palestinians’ broken agreements, insincerity, and/or terrorism. Impatience is growing among Arab nations and even the Palestinian population with President Abbas’s exasperating policy of “a thousand no’s.” Last week Wassem Yousef—a UAE Islamic religious leader—tweeted about Palestinian leadership and other Arabs: “Israel did not destroy Syria; Israel did not burn Libya; Israel did not displace the people of Egypt; Israel did not destroy Libya, and Israel did not tear up Lebanon. Before you Arabs blame Israel, take a look at yourselves in the mirror. The problem is in you.”

Indeed. Abbas’s intransigence results in the loss of opportunities and improvements for his people. He has refused direct negotiations with Prime Minister Netanyahu since 2009. He continues to mainline the drug of hatred into their textbooks and media, names streets after dead terrorists, and rewards their families with money. Abbas has not held an election since 2005, although his term “ended” in 2009. Meanwhile, the 84-year-old lives in his presidential palace worth more than $13 million.

Despite these obstructions, is there hope anywhere for the Palestinian man, woman, and child on the street? Is peace between Arab Palestinians and Jews possible?

Pockets of hope do exist. Whether President Abbas changes his destructive policies or not,  Israelis welcome thousands of Palestinians who are acting on their hopes for peaceful coexistence in higher education, business, and medicine.

One hopeful example is what I call “business for peace.” Last year I attended the Israeli Government Press Office’s (GPO) Christian Media Summit. I was delighted that the Barkan Industrial Park in Samaria was on our agenda. While the evangelical Christian community embraces the biblical covenants that Judea and Samaria are Israel’s heartland, they want the Palestinians to have a better life, too. What an encouraging reality! Fourteen industrial zones dot Judea and Samaria and employ some 20,000 Palestinians and 40,000 Israelis. Barkan is the largest such zone with 164 factories.

One of them, the Lipski Company, gave us a tour around their large factory where plastic and sanitization products are made. The factory pays a good Israeli salary—more than Palestinian Authority jobs. Managerial positions are held by both Palestinians and Jews. All employees receive benefits: pension, recreation, and vacations. CEO Yehuda Cohen described it as “one big family.” He went on to say, “The people want to live in peace. It seems that working together also brings the hearts closer, regardless of ethnic or political identity. I believe that peace will be obtained not through boycotts, but through living together.”

Other hopes find expression in the medical field. For example, Palestinian and Jewish transplant surgeons work together to save lives at Israel’s Hadassah Hospital. Nurses from Gaza are training in Israel. A Jerusalem Post article included this quote, “It’s different than I thought,” said one nurse. “The people are very nice. You have Jews and Palestinians working together. It minimizes the gaps between us.”

Thankfully, there are other pockets of hope. It’s reported that five to seven more Gulf Arab states may join the Abraham Accord. With more “sons of Abraham” joining, we pray that Palestinian Arab political and religious leaders will embrace hope instead of victimhood. They would do well to follow the examples of some in their own population to grasp another key—the key of peace that Israelis have long offered.

We are living in a momentous season of change in the Middle East. Maintain prayers with CBN Israel that “God’s will be done, here on earth as it is in heaven.”

Your ticket for the: Palestinian Leadership Responds to the Abraham Accord

Palestinian Leadership Responds to the Abraham Accord