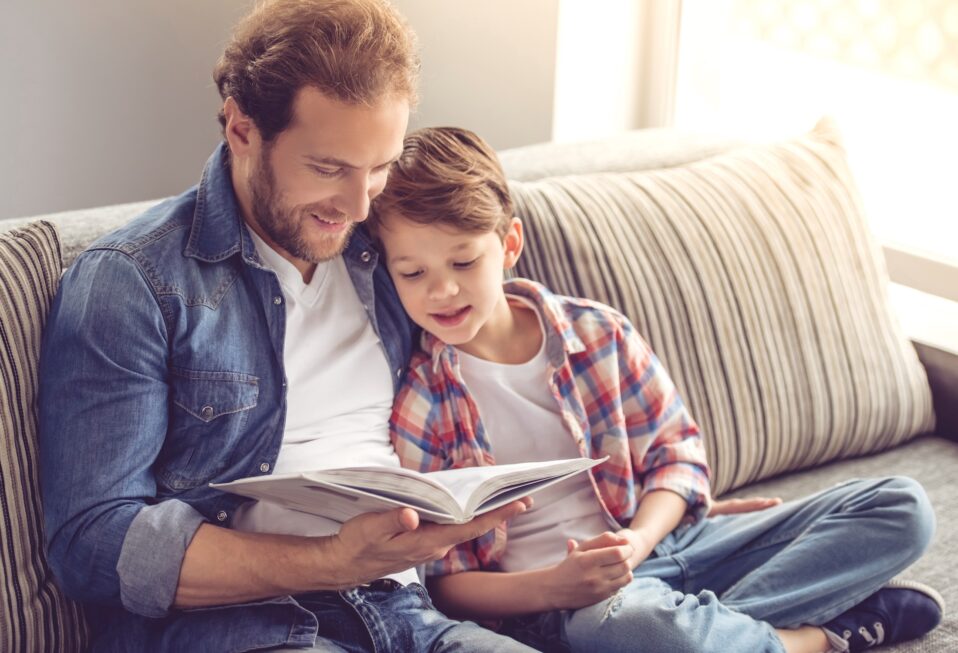 One of the wonderful things about studying the Torah results from its premise: Every word matters. The importance of every word, and sometimes every letter, leads to a fundamental question: What does it mean when every word matters? It is not that every word is crucial to understanding what happens in a story or what a law requires. It is that every word or combination of words has something to teach us. A single passage that contains multiple words is frequently able to teach us many lessons. And these lessons may be about the most important subjects in our lives—for instance, parenting.

In synagogues all over the world this week, we will read Parshat Toldot. The primary (but by no means only) story in Toldot is that of the birth and early life of Esau and Jacob, the twin sons of Isaac and Rebecca. The first thing we learn about these twins we learn from God, the most authoritative source. God tells Rebecca (interestingly, only Rebecca—not her and her husband): “Two nations are in your womb, two regimes from your insides shall be separated; the might shall pass from one regime to the other, and the elder shall serve the younger.”

In other words, these two boys are going to be different.

Then we come to Genesis 25:27—“And the boys grew up…” The conclusion of that passage reports that Esau loved hunting and Jacob dwelled in tents. But Rabbi Samson Raphael Hirsch, the great 19th-century founder of Modern Orthodox Judaism, focused on those seemingly prosaic words, which seem to be an introductory sentence to something more important.

Rabbi Hirsch saw in this phrase severe criticism of Isaac and Rebecca. He interprets the phrase, “when the boys grew up,” to imply that they were brought up in the same way. Citing ancient “rabbinic commentators,” Rabbi Hirsch writes, “While it was prophesied and known to Rebecca that the boys would be quite different, she and Isaac nevertheless raised them in precisely the same environment and with the same methodology. This was their mistake.”

And their mistake has consequences. As they develop, Esau and Jacob both begin to reveal character flaws that result in a catastrophic and nearly fratricidal clash between them. The family will be destroyed forever, with reverberations that resonate through the Torah—even to the end of Deuteronomy—and quite possibly beyond.

One of the purposes of the Torah is to help us learn from the mistakes of our ancestors. Indeed, this lesson became perhaps the most important principle of Jewish parenting. We see this during our greatest holiday, Pesach, when we relive and retell the Jewish freedom narrative (the Exodus) at the Seder through the Haggadah. The main function of Seder night is the education of our children. It is the evening when we bring our children into Jewish memory by teaching them the Jewish freedom narrative, broadly defined.

One of the most important and memorable parts of the Haggadah is the Four Sons—each of whom asks a very different question to the parent who is leading the Seder and receives a different answer that is responsive to the specific question. It would seem reasonable to have one son who asks a question or questions through which his parent can provide the Jewish answer. It would even be comprehensible to have two sons who articulate (perhaps) a right and a wrong. But that is not what the authors of the Haggadah, understanding their obligation to produce a night of Jewish education, chose. They chose four children—not because there are only four types of children, but it is logistically impossible to have an infinite number of children appear. Four is about as many as is reasonable. And it illustrates the point made by King Solomon in Proverbs 22: “Educate the child according to his way.” His way—not “the” way.

Where might Isaac and Rebecca have gone wrong? The silences of the Torah are often as instructive as its enunciations. They leave room for our imagination, which can help to invigorate and illustrate the text for us. Following Rabbi Hirsch, we can imagine Isaac and Rebecca deciding to raise their children the same way despite their sacred uniqueness. More importantly, we can consider the lessons embedded in Rabbi Hirsch’s interpretation of the clause “and the boys grew up.” The Torah is, after all, our great guidebook.

The most apparent lessons of this clause regard parenting. They are a reminder that our parental responsibility is to educate, as commanded by King Solomon, in accordance with the specific gifts of each child. We might have a vision, perhaps deriving from our youth, of our child becoming a scholar, an athlete, a musician, or whatever. In comes Jewish tradition and says: Get rid of it! Your child is not created in your image—she is created in God’s image. And it is your job—your exhilarating, privileged job—to see how she was created in God’s image and to be God’s partner in helping her to manifest it.

God, who wants us to be His partner, does not make it hard to figure out how we can do so. Judaism has a general moral ambition, stated very clearly in Exodus and Isaiah (among other places): We are to become a kingdom of priests and a holy nation, en route to being a light unto the nations. Correspondingly, as parents/educators, we must teach our children the universal qualities that qualify everyone to help contribute toward this end—from loving the stranger to honoring our parents. But that is just where the education process begins.

Each child has a unique role in contributing to our becoming a kingdom of priests and a holy nation, and it may or may not be what the parent envisioned. From a very young age, the way in which the child is created in the image of God emerges. It could be through qualities commonly considered good: patience, kindness, and compassion. It could be through qualities commonly considered more complicated: impatience, physicality, and pushing boundaries. It could be through music, mechanics, study, prayer, sports, or a thousand other things, in an infinite array of combinations.

The message, from Rabbi Hirsch’s reading of Genesis 25:27, through King Solomon, the Haggadah, and to us is clear: Your children will reveal to you how they are specifically created in God’s image. Your responsibility is to identify and cultivate it in them.

Your ticket for the: Torah Reading Commentary: Parenting