Torah Reading Commentary: The Bible and Us 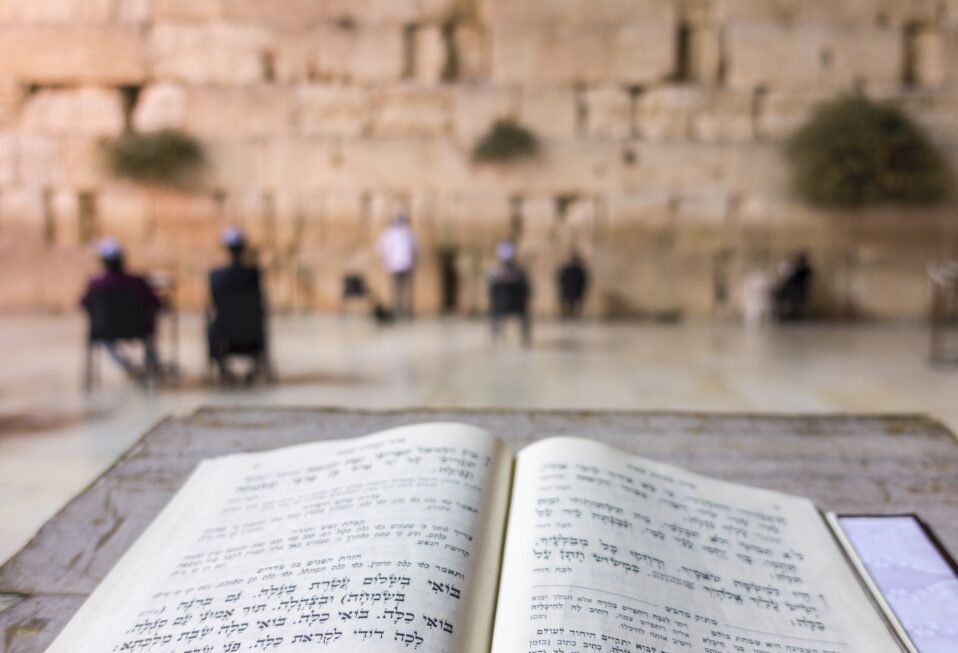 The prerequisite to understanding any story is answering the question: What is its genre? This might seem like an easy task, but it’s really not. Let’s say that someone gets offended by a joke. The jokester says that he was just trying to be funny. The listener says that the jokester was really making social commentary. The result is, quite possibly, the rupture of a relationship with manifold ramifications. The cause: a mix-up in the genre.

Another example came up during a book tour event last week for my book, The Telling: How Judaism’s Essential Book Reveals the Meaning of Life. One remarkable young lady—I know this because she is the highly talented and curious daughter of friends of ours—asked: “Do you think that the Torah leads to liberal or conservative positions today?”

My answer: The Torah is not in that genre; it is not a policy book or a political platform. In fact, it is a misuse when adherents ask it to support a law or a candidate. Anyone with even a passing familiarity with the Bible can cite examples in the text to support either side of most political questions.

If the Torah is not a political platform—or a lawbook or a cookbook or a history book, for that matter—then what is it? It is a guidebook that helps us to better understand and participate in the world, en route to living happier and more meaningful lives.

One of the many friends I have made in the process of writing and releasing this book (as ever, at the introduction of the remarkable Bishop Robert Stearns) is Bishop Matthew Brown of the Church of God in Christ. In a discussion of the Exodus with primarily religious leaders from Western New York, Bishop Brown said that the genius of the Exodus is that everyone can experience and comprehend their freedom stories and ambitions through the light that it provides.

And in preparing to teach the Torah portion that we read in synagogue this morning, Vayakhel-Pekudei, I saw just how right Bishop Brown is—and not only about the core Exodus story. Exodus 35:30 is a seemingly pedestrian passage until we recall that every verse (and sometimes every word) in the Torah is full of the most practical and actionable wisdom. It says: “Moses said to the Children of Israel, ‘See, God has proclaimed by name, Bezalel, son of Uri son of Hur, of the tribe of Judah.’”

The predicate to understanding this passage is to know who the participants are. Bezalel is the great artisan and teacher of artists in the Torah. His grandfather, Hur, was Moses’ nephew who died protesting the sinners who were worshipping the Golden Calf immediately before.

As recounted by Rabbi Michael Hattin of Pardes, it was this story that helped Rabbi Joseph ben Hayyim Jabez understand his terrible time—one full of tragic choices for the Jews. Rabbi Jabez, who died in 1507, lived during the time of the Spanish Expulsion, when the Spanish authorities gave Jews the choice: convert or leave. He said that the “sophisticated” Jews came up with ways that they could outwardly present themselves as Christians while internally maintaining their Judaism.

Rabbi Jabez, in trying to understand the dilemma of his time, turned to Exodus 35:30. Hur, he said, was the simple Jew. Hur was unwilling to engage in theological gymnastics to justify the Golden Calf. He had nowhere to go, and so he objected and died. Yet, this 15th-century sage reasoned, who was the most sophisticated? Well, Hur’s grandson Bezalel was the most sophisticated man of the desert generation, an artist kissed by God with exquisite talents, or, as we are told in Exodus 35:31-33, “Godly spirit, with wisdom, insight and knowledge of every craft—to weave designs, to work with gold, silver and copper, stone-cutting for setting, and wood-carving—to perform every craft of design.”

Where did Bezalel cultivate such talents? He was two months out of being a slave in Egypt, where the work was like rudimentary, arduous brickwork. It was pure manual labor, unrelated to artistry or craftsmanship. Bezalel must have had these talents within him—and they were recognized, inspired, and developed by his father and grandfather.

It is hard to think of someone more sophisticated than that. According to Rabbi Jabez’s reasoning, that is the point. It is the simple person—he who is wholehearted and all-in—that just might be the most genuinely sophisticated.

We know now, from genetic tests, just how the result of the tragic choice imposed upon the Spanish Jews turned out. As for the Jews who stayed? Modern genetic tests suggest that 20 percent of Spaniards have Jewish DNA. As for the Jews who left? The rulers of the countries to which the latter Jews fled could not believe their luck in being on the receiving end of what we would now call a “brain drain.”

We also can see one of the magnificent functions and purposes of Torah. Rabbi Jabez was able to understand the challenge of his day on the basis of a Torah passage that had, seemingly, nothing to do with his struggle. Yet, this is what the Torah does. And of course, the Torah is as present and able to guide each of us through any of our struggles as it was Rabbi Jabez. Indeed, every question, challenge, dilemma, and opportunity in life can be best understood and acted upon by reference to a biblical story, directive, or teaching. We just have to open ourselves to it.

Your ticket for the: Torah Reading Commentary: The Bible and Us

Torah Reading Commentary: The Bible and Us