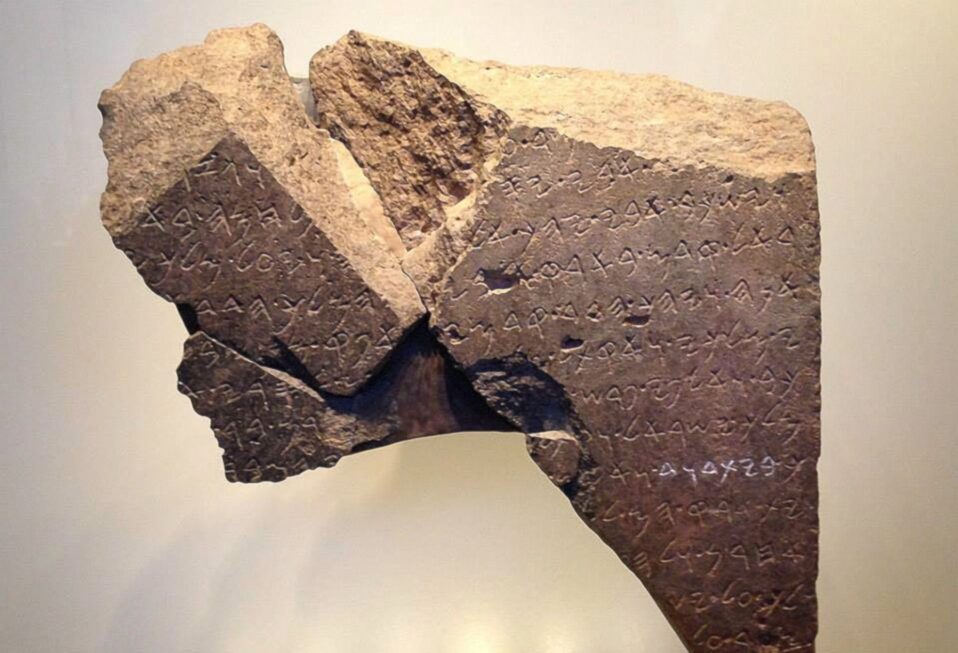 Excavations in the 1990s at the site of Dan in northern Israel, which sits at the foot of Mount Hermon, uncovered three fragments of an inscription from the 9th century B.C. Written in Old Aramaic the fragments form part of a victory stela of an Aramean king (Hazael?) who claims to have killed the king of Israel and the king of the “House of David,” i.e., Judah. It seems that this stela was erected in connection with the events of the revolt of Jehu (2 Kings 9-10).

From its initial discovery, scholars have noted the significance of this inscription, and especially the mention of the “House of David” with reference to the king of Judah. This is the first ancient inscription that connects the royal house of Judah with David. Moreover, this language, “House (meaning a dynasty) of David,” appears a number of times in the Old Testament.

The inscription from Tel Dan indicates that within the 9th century B.C. the royal house of Judah identified itself as belonging to the House of David, as can be seen from the biblical text. Since the discovery of the Tel Dan stela, an inscription discovered in the 19th century in Transjordan, the Moabite Stone, which is also a victory stela of Mesha, king of Moab, has been reread, and some scholars have detected a reference to the “House of David” also in the Moabite Stone.

The Tel Dan inscription is also important because, if it refers to the rebellion of Jehu, it provides extrabiblical evidence that can shed light on how we understand this event recorded within the Bible. It suggests that Hazael, king of Aram-Damascus, and Jehu conspired in the rebellion, which may be hinted at in 1 Kings 19:15-18.

Your ticket for the: Biblical Artifact: Tel Dan Inscription