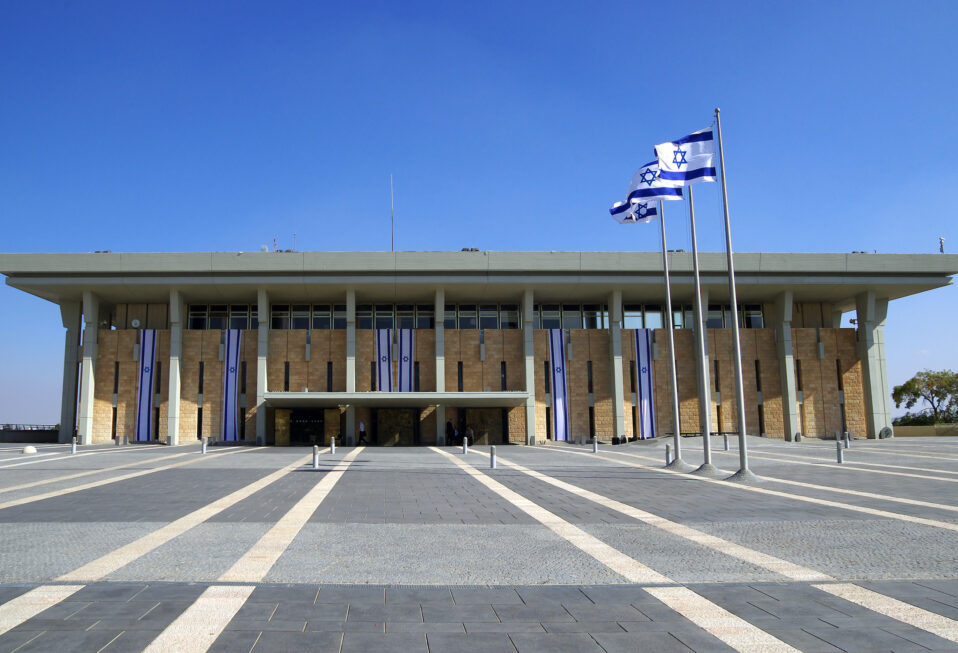 Some readers may not be aware that in the Holy Land, approximately 80 percent of Jewish Israelis are secular, and 20 percent are religious. The land is a vivid tapestry of Jews from across the world, populating Israel from dramatically distinct nations, such as China, Russia, Ethiopia, Yemen, North America, Brazil, and France. Indeed, the Jewish Agency reports that 255,000 Jews from 150 nations made Aliyah (immigrated) to Israel between 2010 and 2019.

In Ezekiel 34:13, the God of Abraham, Isaac, and Jacob declares, “I will bring them out from the peoples and gather them from the countries, and will bring them to their own land.” In recent months, Jewish Ethiopians and Ukrainians have been landing by the thousands at Ben Gurion Airport, many kissing the ground of their Jewish homeland.

In Zephaniah 3:20 God promised, “At that time I will bring you back, even at the time I gather you; for I will give you fame and praise among all the peoples of the earth, when I return your captives before your eyes.” In the last 15 years, Israel’s fortunes have exponentially mounted, for example, as the “startup” nation’s innovations, natural gas rigs, and Abraham Accords agreements have benefited not only Israel but nations across the globe.

The Bible consistently reveals a promise-keeping God. Amid escalating anti-Semitic, anti-Israel detractors insisting that Jews are trespassing on the land that God awarded to them 3,000 years ago, the Scriptures documented the biggest real estate deed in world history—not in square footage but as the epicenter of world happenings.

Jewish immigrants bring with them a fascinating mixture of 35 languages and dialects. However, Hebrew is the official language in modern Israel. How that came about is fascinating. For 2,000 years, Hebrew only appeared as a written language and was spoken in prayers. That is, until Eliezer Ben-Yehuda set about reviving it in 1881 when he moved to Israel’s capital, Jerusalem. He was successful in turning this ancient language—which hadn’t been the spoken language of the Jewish people since biblical times—into a modern spoken one.

Hebrew is now heard on every Israeli street amid the many dissimilar immigrant languages. Hebrew is the only language to have died, been revived, and still in use today. It is a communications miracle—the paradox of an ancient tongue turning into the modern Jewish state’s official language.

Arabic is the second most common spoken language in Israel, with its 1.5 million Arab Israelis. More than half of all Israelis came from Arab lands during the War of Independence in 1948. The émigrés found refuge in Israel after Arab countries confiscated their homes and businesses and forcibly expelled 850,000 Jews. They had lived in Arab lands for more than two millennia. Their exile began in 70 A.D., when Romans pushed them out of their ancient homeland.

The tiny fledgling nation, just weeks old in May 1948, had inadequate resources yet plenty of determination. Israel began welcoming all the Jewish refugees. Despite the overwhelming odds of war, the heartbreaking shadow of the Holocaust, and chaos in every direction, Israel fulfilled its mandate for a sovereign Jewish state right away. In his reading of the Declaration of Independence on May 14, 1948, Prime Minister Ben-Gurion stood at the podium of a former art gallery in Tel Aviv, naming the modern country “Israel” and declaring, “The State of Israel will be open for Jewish immigration and for the Ingathering of the Exiles.”

While Israeli immigration is a historic success, Israeli politics is a system that sometimes defies understanding. On June 20, 2022, a political earthquake shook the government. Israel dissolved its Knesset, the governing body, and then wrangled for days over the details of the next election. It apparently will take place in the fall—and will be their fifth election in three years.

Israel holds the dubious distinction of having more frequent elections than any other country. With such instability, it is a miracle that the country functions as well as it does. Their government is a parliamentary democracy in which citizens vote for a party, not a person. In some election cycles, there may be up to 24 parties vying for a place leading up to the election.

Israel’s founders set up the parliament by following their ancient biblical model, the Sanhedrin. In Hebrew, this governing body is called the Anshe Knesset HeGedolah, Men of the Great Assembly. During the days of the Second Temple, this group included 120 members composed only of men who were prophets and elders. Today, an electoral system determines members by the number of seats the political parties win in the national election. Men, women, Jews, and Arabs are Members of Knesset and most are secular Israelis.

Despite plenty of roadblocks and thorny conflicts between the Democrats and Republicans in the United States, our politics may look slightly simpler with presidential elections every four years. Israel’s politics, on the other hand, are quite chaotic.

To have a majority in Knesset, 61 votes are required. No party in Israel’s history has ever gotten a majority, and that is why heated coalition building takes place. It is a political tug of war.

Israel is a powerhouse, a small giant of human endeavor. Its balancing act between government stability, terrorist threats, and massive successes in many sectors could easily be classified as an ongoing, miraculous paradox.

Within the U.S. and Israeli governments, conflicts and division have been and still are erupting. Each country is attempting to govern amid toxic issues. Nevertheless, what happens between these strong allies is highly cooperative and beneficial.

I have often advised committed, pro-Israel advocates to govern their passions with wisdom. Walking in facts and commitment while preserving relationships is important. In this season of world history, wisdom is more necessary than ever. Let us remember, we stand with Israel not because we are perfect or Israel is perfect. In John 4:22 we have an answer: “You worship what you do not know; we know what we worship, for salvation is of the Jews.” In Genesis 17:7, “And I will establish My covenant between Me and you and your descendants after you in their generations, for an everlasting covenant, to be God to you and your descendants after you.”

Please join CBN Israel in praying for the nation and people of Israel:

Your ticket for the: Israel’s Paradoxes in Politics, Religion, and More