Weekly Devotional: Living at the Crossroads 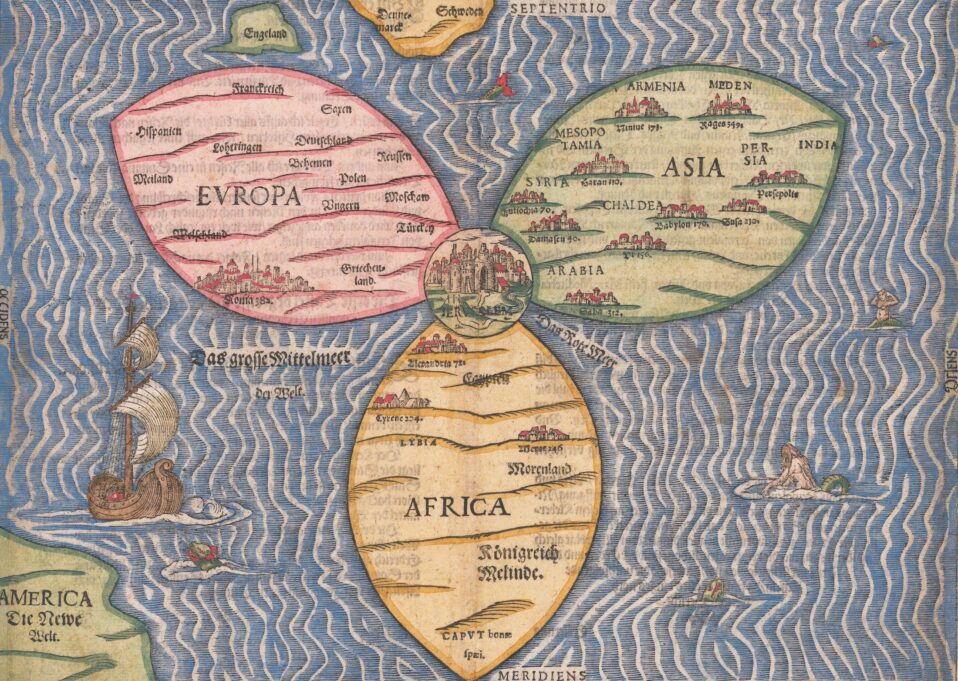 Have you ever wondered why God brought Abraham from Ur in Mesopotamia to the land of Canaan? After all, Mesopotamia was far more developed culturally and economically than Canaan.

Did you ever speculate why Samuel—after making his circuit around Bethel, Gilgal, and Mizpah judging Israel—always returned to Ramah, his hometown, to judge Israel (1 Samuel 7:16-17)? Or why Paul chose to reside in Ephesus for more than two years?

All of these locations—Canaan, Ramah, and Ephesus—share the same feature: They sit at a crossroads. The land of Canaan sits along the eastern Mediterranean coast, wedged between the Mediterranean Sea and the desert. It provides the natural land bridge that connected the continents of Asia and Africa.

It was also located between the major superpowers of the ancient world—Egypt in the south and the Mesopotamian powers to the north. If you wanted to travel within the ancient world, you had to pass through the land of Canaan; it was the crossroads of the known world.

Ramah sits at the juncture of the major north-south and east-west roadways through the hill country of Israel, where the majority of Israelites lived. The best way for Samuel to judge the people was to place himself at the crossroads, and the people would come to him.

Ephesus served as the major east-west gateway of the Roman Empire. Traders and travelers journeying from east or west passed through the city. It was also a major pilgrimage site as it boasted one of the Seven Wonders of the ancient world, the Temple of Artemis (see Acts 19:24-34). Pilgrims throughout the Roman world journeyed to Ephesus to worship the goddess.

This why the geography and physical setting of the Bible are so important. The selection of these locations was strategic. They served as significant crossroads, places where God and His message could impact the most people.

At the same time, He demanded that His people live in obedience to Him at the crossroads to demonstrate to the world His kingship. Even in the midst of a pagan city like Ephesus, Paul did not isolate himself; rather, he lived at this crossroads, and his life and message impacted the paganism of the city (see Acts 19:24-34).

Father, today make me mindful of the crossroads in my sphere of influence. Help me to be strategic in my actions to bring glory to Your holy name. Help me to live obediently at the crossroads of my world, so that the people around me may see You in me and glorify You. Amen.

Your ticket for the: Weekly Devotional: Living at the Crossroads

Weekly Devotional: Living at the Crossroads