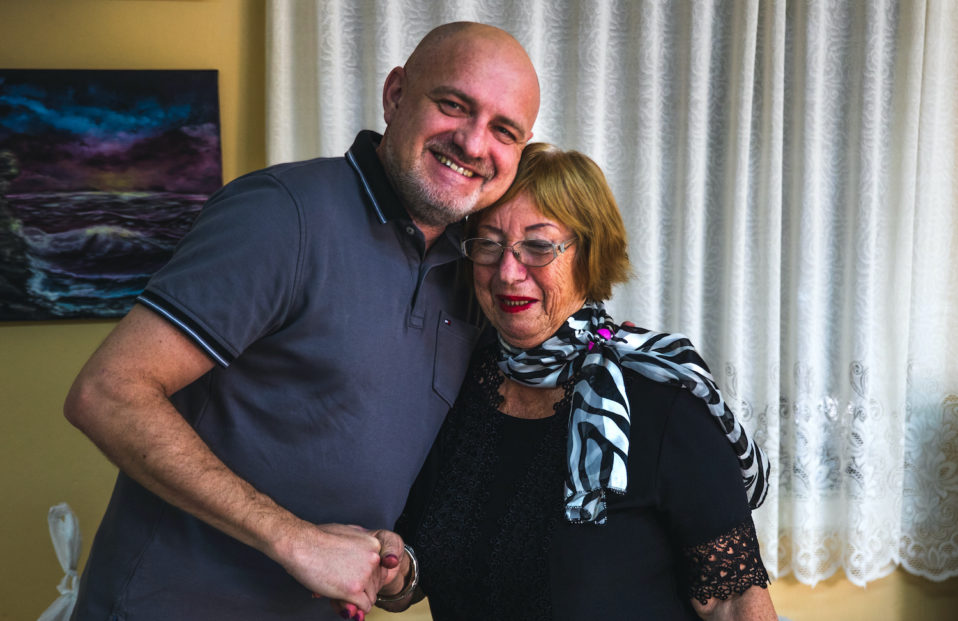 The odds weren’t in her favor. Wrested from her mother’s arms by Nazis five years earlier, what were the chances that little Sophie would be found by the mother who had lost her infant daughter? And what were the odds of surviving the horrific experiments carried out on these defenseless Latvian babies at the hands of cruel Nazi doctors?

Despite the odds, Sophie did survive. Her mother never gave up on her quest and was successful when the Red Cross reconnected mother and daughter. Finally, the child was returned to her mother’s loving arms. She still regards her deliverance—and their reunion—as a miracle.

Sophie eventually married, and she and her husband received permits to immigrate to Israel at a time when leaving Soviet-controlled countries was restricted. In the city of Karmiel, she has benefited from the compassion of CBN Israel’s Holocaust survivors center. She knows first-hand how elderly Holocaust survivors struggle to make ends meet, as the state pension is quite low.

But through the generous support of people like you, she now receives regular grocery deliveries and needed medicine. She also gets to be part of special social outings with other Holocaust survivors. “The people who run the center are the kindest people I have ever met,” Sophie says. “For me, the love, care and compassion they show are found nowhere else.”

You can be a blessing to so many Holocaust survivors, like Sophie, providing them with regular grocery deliveries from our compassionate field teams, along with opportunities to attend social activities and field trips with others in their community.

Your special gift today will also provide relief to victims of terrorism, food and counseling to new immigrants, meals and education to single moms, and so much more.

Your ticket for the: Holocaust Survivor: Sophie’s Story