I’m a Chassidic Jew, and I Will Not Apologize 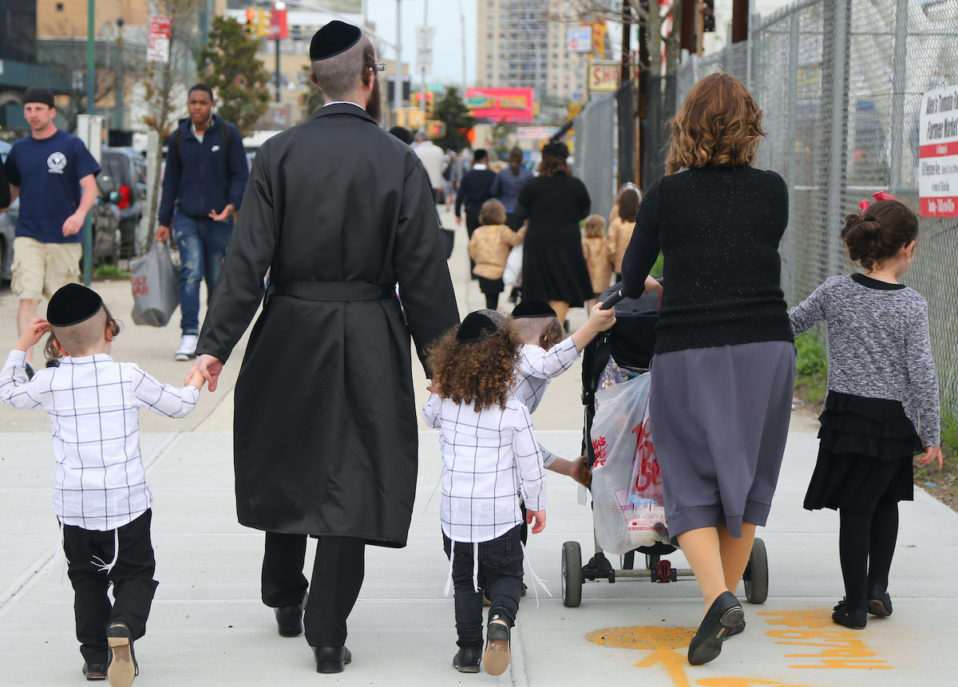 Chassidic Americans in New York (and Orthodox Jews in general) are under attack, with more than half of New York City hate crimes in recent years targeting Jews. These attacks are not sui generis (or “unique”) in nature. With our distinctive black-and-white attire and visible religious head coverings, the Orthodox make an easy target for physical violence and societal prejudice. As Rabbi Mordechai Lightstone, social media editor at Chabad.org, puts it, Chassidim—and Ultra-Orthodox Jews in general—“are described as all things except for the one thing we are the most: human beings trying to make it in this town like everyone else.”

But we’re not treated like everyone else. On the contrary, we’re marginalized, vilified, caricatured, and scapegoated. We’re blamed for the outbreak of plagues, like COVID-19 or the measles. We’re objectified and used, non-consensually, for salacious entertainment in a prejudiced plethora of fictitious films like “Unorthodox” and “Holy Rollers.” We’re castigated as illiterate, barbaric outsiders and forced by the media to wear the label of “Ultra-Orthodox,” effectively dehumanizing us as obstinate extremists. We’re even targeted by our very own public officials, like Mayor de Blasio and the New York State Education Department.

All this fans the flames of the “us vs. them” mentality that endangers minority groups like mine. In this regard, implicit bias is a pandemic that swiftly spreads through the bloodstreams of our communities and institutions, unchecked and devastatingly destructive.

I believe these flames of insidious bigotry must be quenched with the soothing waters of public education. Furthermore, that educational training must begin with an evisceration of the social pressure to culturally assimilate. The viral and vile judgmentalism against my brethren obscures the healthy multiculturalism our proud republic was founded upon.

My ancestors, who immigrated to this country pre-Revolution and died fighting to abolish slavery during the Civil War, believed that all their fellow Americans were endowed by their Creator with unalienable rights and liberties. They believed it so much that they fought for it and paid the ultimate price. I believe that it is only due to the sacrifices of the giants of our past, upon whose mighty shoulders we now stand, that the evolution of our democracy can continue to march forward.

And that begins with one salient step: Stop making me feel that I have to apologize for being a Chassidic Jew. I won’t apologize for being who I am. And I won’t tolerate being maligned as ethnographically “insulated” or otherwise “Othered” from the diverse tapestry of American society. My “Ultra-Orthodox” brethren patriotically (and accurately) refer to our nation as a Medina Shel Chessed—a “Country of Kindness”—and for one simple reason: Here we are armed with the freedom to be who we are and to believe what we believe.

Today, more than half of the global Jewish population has ended up in the United States because the First Amendment protects our right to freely observe the First Commandment. And it is gratitude for our nation’s values that inspired Irving Berlin, an American Jew, to pen those words during World War I that are now chanted by everyone from sports heroes to politicians: “God bless America.”

I’m an unapologetic Chassidic-American because I believe it is specifically my Chassidic heritage that makes me more American. After all, who is living the American dream of freedom and liberty more: the overtly visible Jew who wears his minority status like a badge of honor or the assimilated Jew who desperately tries to fit in with the Anglo-Saxon, Brady Bunch subliminal expectations of the 1950s? And no, I’m not bashing “white America.” What I’m saying is that America is great because this is the land where liberty rings free in a thousand sounds of individuality.

Black Americans. White Americans. Muslim Americans. Chassidic Americans. America is neither a homogenous “melting pot” nor a heterogenous “salad bowl” of peoples, but rather a cholent (traditional Jewish Sabbath stew) that incorporates distinct cultures fused together by our common pride and fealty to our nation.

Now is the time for American citizens to rise up against that often-unspoken pressure to fit in to someone else’s monochromatic version of America.

Rabbi Levi Welton is a pulpit Rabbi, U.S. Air Force Chaplain, and writer who lives in New York City with his beloved wife and son.

Your ticket for the: I’m a Chassidic Jew, and I Will Not Apologize

I’m a Chassidic Jew, and I Will Not Apologize