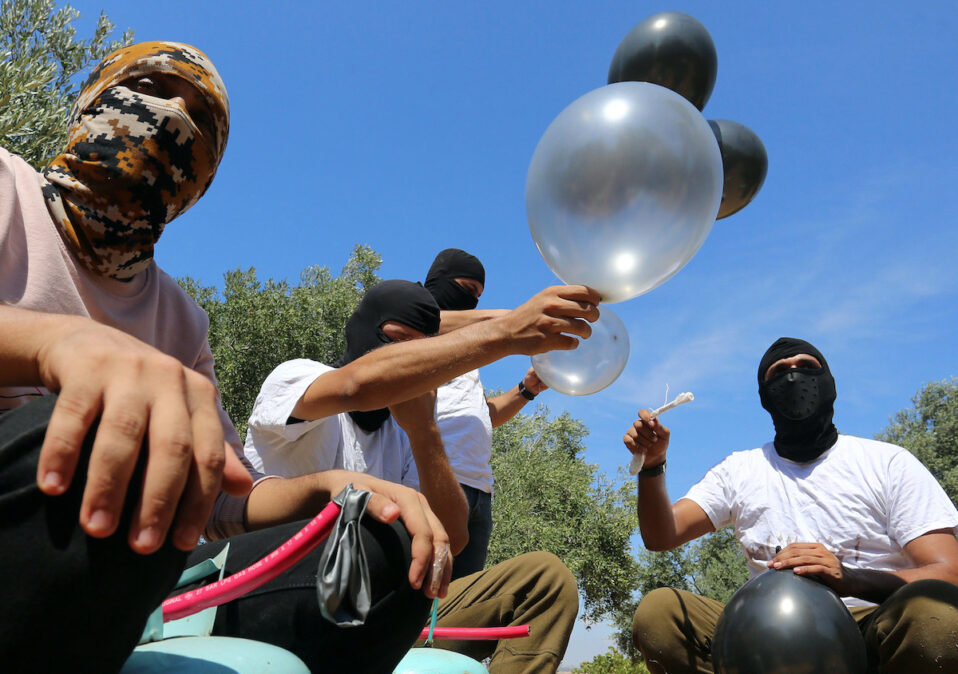 “We will get slaughtered if we are not defended,” warned Security Chief Elan Isaacson in summing up the daily terror reality for Jews living near Gaza. “We are stopping two million Palestinians from infiltrating.”

Hamas—Iran’s terror surrogate—has ruled Gaza since 2007, when the enclave’s 2 million Palestinian Arabs elected them. Since that time, Israeli civilians along the Gaza/Israel border have already endured 15,000 rocket attacks. The country has been infiltrated by well-equipped terror tunnels that used Palestinian children to dig into Israel. They have faced weekly border riots and the stench of burning tires as thousands of Arab protesters riot in the “Great March of Return” demonstrations—uprisings staged to let Palestinians overtake Israel.

Lieutenant Colonel Jonathan Conricus, whom I have met several times, is the Israel Defense Forces (IDF) international spokesman. He explained, “Hamas organizers are trying to use the riots as a diversion to open up the fence and then to insert terrorists into Israel.” That means thousands of Palestinians with murder on their minds would overrun nearby Jewish communities and towns—some a mere block away from the fences.

Currently terrorists are going under while weaponized balloons are going up aware that Israel’s leaders are deciding a range of defensive measures. For Hamas’s military and political terror leaders, who know that Israel will not attack civilian locations and institutions, going “underground” means hiding in mosques, schools, and hospitals. Terror bosses also hide, sometimes in luxurious five-star hotels in other Arab countries. They leave behind a poverty-stricken population to do the dirty work of terror—using rockets plus balloon “bouquets” to set fire to Israeli crops next door.

Such border disturbances have been going on for years. Hamas terrorists first used kites and then switched to fire balloons, escalating their violent tactics into another form of intifada in 2018. The word “intifada,” which is of Arabic origin, is defined as “to shake off” or “get rid of.” It is an apt definition that embodies the Gazan uprising of hatred. While Americans and Israelis often celebrate happy occasions with balloons, Hamas has transformed this symbol of delight into one of devastation and destruction. The terrorists celebrate knowing their balloons have set fire to thousands of acres of Israeli crops—a kind of environmental terrorism.

Years before, during the Al-Aqsa Intifada of 2000–2004, Israel lost more than 1,000 citizens—murdered by suicide bombers in restaurants, hotels, and on buses. Those devastating losses were then capped on August 15, 2005, when a series of decisions came to a head. After the murderous Al-Aqsa Intifada—along with a succession of rejected peace overtures—former Prime Minister Ariel Sharon, Israel’s Knesset, and the IDF enacted one of the most painful episodes in their modern history. Under the “Unilateral Disengagement,” the IDF removed 8,000 Jewish men, women and children from 25 settlements in Gaza, never to return. These Jewish families left behind their homes, schools, businesses, and synagogues and were transplanted to other parts of Israel—all in the hope that peace might be achieved by their absence.

Unfortunately, that outcome never materialized. The day that the IDF completed this agonizing evacuation, they closed the gate behind them. Israelis hoped that Palestinians would establish prosperous lives, a “Singapore by the sea,” while maintaining the detailed agreements engineered in order for peace to reign. Instead, the Palestinians rushed to destroy thriving greenhouses and other businesses that Israelis had left behind to help Arabs. Thus, this hopeful peacekeeping effort proved fruitless.

Since that exceedingly controversial and painful disengagement in 2005, only Arab Palestinians have lived in Gaza—no Jews whatsoever. Therefore, Jews do not “occupy” Gaza. The more than 1 million Israelis who presently live within a 30-mile danger zone could have never imagined even in their worst nightmares the barrages of rockets and weaponized balloons that would be launched against them.

Those barrages have been so relentless that Israelis now suffer from epidemic post-traumatic stress disorder (PTSD). Frightened young children often cannot potty train until they are six years old. Kindergartens are situated either underground or behind thick, rocket-resistant walls. If only one parent is home, they are afraid to take a shower in case an alarm goes off, worried that they cannot get their children to a safe room in time. When one’s Red Alert phone app or an outdoor alarm sounds, it signals incoming rockets. Families have just 15 seconds to take cover or go to safe rooms. When they are out and about, they hope that one of the 500 bomb shelters is nearby. During briefings on trips to Israel, my Christian Leadership groups and I packed like sardines into a shelter for briefings. Designed for 12 to 50 people, the bomb shelters have saved many thousands of lives.

In 2006, Operation Lifeshield (OLS) began manufacturing Israel Defense Forces-approved portable bomb shelters via private donations from Christians and Jews. OLS Executive Director Shmuel Bowman explains, “Hamas terrorists have improved their weapons’ accuracy and distance. Around 30 to 60 fires per day rage in the Israeli communities nearby Gaza. Farms, forests, nature reserves and homes have been destroyed. In the past two weeks, over 500 fires were caused by arson terror. Operation Lifeshield firefighter trailers and ATVs have been in full force. The victims are traumatized by the realization that the horrors of last year are back again—and more violent than ever.”

Against this background of near-constant terror attacks, it’s nothing short of remarkable that Israelis maintain their culture of celebrating life at weddings, bar and bat mitzvas, synagogues, and schools. On several of my visits to Kibbutz Kfar Aza, only feet from the Gaza border, longtime resident Chen Kotler Abrahams has briefed my Christian Leadership groups. Chen declares, “We have fought for this land to be ours for so many years. In my lifetime, we have had a country for the first time—and we’re not leaving.” Chen also showed us the “Red Alert” board game developed for children, to teach them what to do when the alarm sounds.

While Israel is almost always blamed for the suffering of Palestinians in Gaza, the truth is that Israel has allowed thousands of tons of food, medicines, and necessities into Gaza for years—even during times of conflict—at the Kerem Shalom Crossing. Hamas, on the other hand, uses Iran’s donations to purchase and store weapons in apartments and hospitals and has even attacked Israeli workmen who are attempting to repair electrical lines into Gaza damaged by Hamas’s rockets. Israel’s Ministry of Foreign Affairs calls out Hamas, saying, “It has systematically been committing a double war crime, by deliberately targeting Israeli civilians while using the Palestinian civilian population for cover.”

When praying for Israelis near Gaza, embrace this reminder in Isaiah that God has preserved a remnant of the Jewish people from ancient to modern times. “Do not fear, for I have redeemed you; I have called you by your name; you are Mine. I will be with you when you pass through the waters, and when you pass through the rivers, they will not overwhelm you. You will not be scorched when you walk through the fire, and the flame will not burn you” (Isaiah 43:1-2 HCSB).

Join with CBN Israel in praying for Israeli communities on the front lines of terror:

Together, may we remember the promise in Isaiah: “Do not fear, for I have redeemed you.”

Your ticket for the: Hamas Balloon Intifada Takes to the Air Again