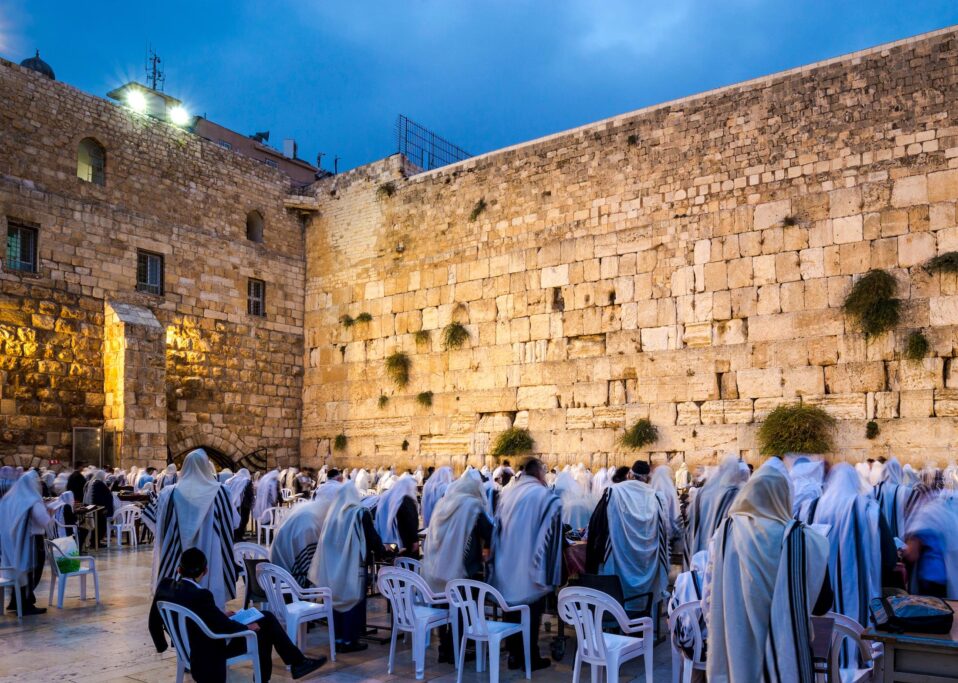 “Be careful to celebrate the Day of Atonement on the tenth day of that same month—nine days after the Festival of Trumpets. You must observe it as an official day for holy assembly, a day to deny yourselves and present special gifts to the LORD” (Leviticus 23:27).

Yom Kippur is the holiest day in the Jewish year—the “Day of Atonement.”

The 10 days between Rosh Hashanah and Yom Kippur are known as the “Ten Days of Awe.” This is your chance, so to speak, to get your heart and relationships right before Yom Kippur. According to Jewish tradition, this is the time that one’s name is either inscribed or not in the Book of Life for another year.

“These are heavy, heavy days of repentance, reflection, and seeking God’s face as we prepare to go stand before Him, in a state of fasting, a state of humility on the day of Yom Kippur,” says Boaz Michael, founder of First Fruits of Zion.

In some traditions, worshippers pray Selichot or slichot (“forgiveness”) prayers as much as a month before Rosh Hashanah to make sure they are prepared for that day.

“The Bible speaks about Yom Kippur in terms of being a great day of judgment, of us standing before God. It’s traditionally, according to a Jewish perspective, a time in which we will literally be standing before the Father on that Day of Judgment,” says Michael.

Comments Rabbi Levi Welton, “On Yom Kippur there are five ways the Rabbis say one must ‘afflict the soul.’ The primary one is a 25-hour fast from all food and drink, including water. Others include not wearing leather shoes, not using lotions or creams, not washing or bathing, and no intimate relations.”

Yom Kippur has five prayer services throughout the day, more than any other Jewish holiday.

He says that the Viddui prayer recognizes the words of Jeremiah: “The human heart is the most deceitful of all things, and desperately wicked. Who really knows how bad it is?” (Jeremiah 17:9).

“One thing we learn from the Jewish people about Yom Kippur is that it’s not enough to say you’re sorry. You have to confess, say you’re sorry, and then at the same time take practical steps to change your behavior,” says Pileggi.

He said there’s a parallel between Yom Kippur and the teachings of Jesus.

“We have a saying of Jesus, don’t we? It says, if you bring your gift to the altar and your brother has something against you, leave your gift at the altar and go and be reconciled with your brother. Jewish tradition says, ‘Go get your relationship right with your neighbor, with your brother, with your family member, forgive and be reconciled, and then on the Day of Atonement, when you begin to fast and pray and to confess, God will hear your prayer and forgive you as you have forgiven others,’” says Pileggi.

“It’s the teaching of Jesus and it’s also something that’s part and parcel of Jewish tradition, and here the two line up very nicely,” Pileggi adds.

In the synagogue, the Book of Jonah is read.

“Jonah is a symbol of repentance. He’s commanded by God to call the people of Nineveh to repent, but he himself was struggling through his own reflections about who receives God’s judgment and who receives God’s mercy,” says Michael.

“So, Jonah can so often symbolize our own actions—doubting God, disobeying God, and determining who’s worthy of His redemption. But, like Jonah, we’re invited to repent of our disobedience and prejudices so that we can rejoin God in building His kingdom,” adds Michael.

He affirms that Yom Kippur holds a deep meaning even for those who believe in Jesus.

“It’s through the work of Messiah that our sins are taken away. He is our great atonement. I think this is a beautiful biblical understanding for us to affirm and hold onto in the context of our daily lives, but at the same time, we also need to be reminded to live a life of repentance,” Michael concludes.

HOLIDAY GREETINGS: G’mar Chatimah Tovah (“May you be sealed for good in the Book of Life”) and Tzom Kal (used to wish others an “easy fast”).

Your ticket for the: Yom Kippur: The Day of Atonement