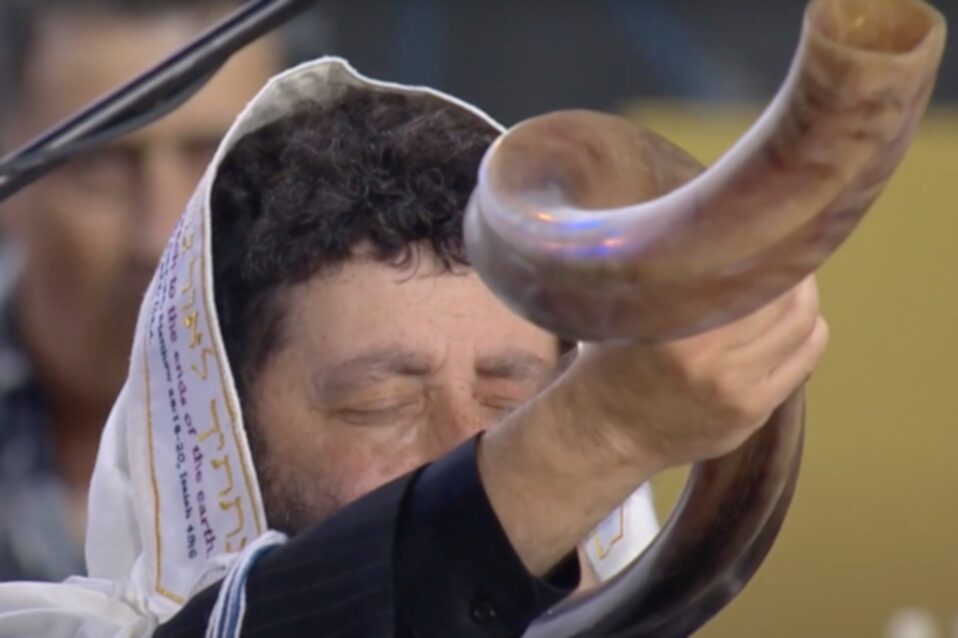 September 26, 2020, in Washington, D.C., is a day that will join history-making prayers from the last few centuries, when tiny groups of Christians and big prayer movements changed nations and advanced missions worldwide. Events like the 1738 New Year’s Eve prayer meeting convened by Charles and John Wesley, which is credited with saving England. The Welsh Revival, Salvation Army, and Azusa Street prayer meetings of the late 18th and early 19th centuries that also impacted nations for the better. And now, just last Saturday, Christians numbering in the hundreds of thousands brought their hopes and prayers from 50 states to participate in The Return on the National Mall and the Washington Prayer March from the Lincoln Memorial to the United States Capitol.

Themes of repentance and revival filled the capital city’s air with humble supplications from believers across denominational lines, cultures, ages, nations, and ethnicities. The unity of hearts joined in one overwhelming purpose was evident among the masses and in the small groups—in prayer circles and on podiums, steps, walks, and stages—asking God for His forgiveness and mercy to replant the sacred roots of faith that had been sowed by our founding fathers and mothers.

These two simultaneous events grew into one of the largest outdoor prayer meetings the United States has ever known. Best-selling author Rabbi Jonathan Cahn and Kevin Jessip, CEO of Global Strategic Alliances, organized The Return: National and Global Day of Prayer and Repentance. They invited Christians across the world to attend in person or online. Franklin Graham, CEO of Samaritan’s Purse, began the Washington Prayer March, saying in one of his prayers, “Father, our country is in trouble, and we need Your help.”

The Return’s numbers—based on five years of planning—is a sign of divine intervention. In my interview with Kevin Jessip, he commented, “The Lord provided the plan and met every need for us to implement it.” He also talked about the astonishing simulcast numbers. “The Google Analytics map worldwide indicates that 154 countries tuned in.” Kevin added, “Our livestream reached its capacity several times but maintained its global signal. We had only a one-eighth-of-a-second delay in the 90-language translations.” He noted, “The simulcast numbers will be verified soon but right now, for example, we are getting reports that 600,000 groups in Latin America, 93,000 pastors and their churches in Pakistan and India, and 250 million in Africa watched and prayed.” Kevin mused, “If hundreds of millions watched, it may be the biggest broadcast of its kind in world history.”

In direct contrast to other groups in recent months, peace prevailed everywhere on the Mall and along the Prayer March’s 1.8-mile route. No violence, no verbal threats. While The Return team worked closely with the National Park Service and security officials, Kevin mentioned, “The National Mall grounds were anointed prior to the event in prayer walks and the practical layers of security personnel were excellent. God’s Holy Spirit hovered over the gathering with His peace, His shalom.”

As the day progressed, participants from multiple faith communities and ethnicities mounted the stage lifting prayers by the dozens; for our government, our citizens, those who are suffering, persecuted Christians worldwide, our police, and our military, among many. The prayers of repentance included Christians’ clear confessions and recognition of apathy and inaction from pastors, churches, individuals, and organizations. The issues ranged from abortion, immorality, racism, addiction, suicide, human trafficking, et al., to the resulting threats to our American society and way of life.

There was no lack of passion, especially from Rabbi Jonathan Cahn, the keynote speaker. The weekend slate of programming was punctuated with moments of wonder, especially in his remarks. The thousands of participants sensed the sweep of the Holy Spirit. The author of The Harbinger I and The Harbinger II again connected Bible verses with real-time events, creating a string of scriptural pearls matched with the U.S. and Israel’s factual histories. When the September 26 date was set months ago, Cahn reported, he had not known that the September 26 Shabbat was called the Shabbat Shuvah, “Shabbat of Return,” falling between the Jewish New Year and their Day of Atonement. The Jewish community reads several Scripture passages on Shabbat Shuvah from Hosea 14:2-10, “Return O Israel unto the Lord your God” along with verses from Joel and Micah.

American and Israeli flags waved throughout the crowd and dozens of attention-getting, anointed shofars sounded at significant moments. Affirmations for Israel were much in evidence in prayers and talks. Jessip commented that Israelis were “calling him saying they were watching the simulcast.” Popular Messianic Jewish artists, Paul Wilbur and Marty Goetz, sang their much-beloved songs. It is no surprise that Israel was also included on this day, since Christians embrace and honor Israel as the birthplace of the Christian faith through Jesus, the Jewish Messiah. Through His redemptive sacrifice He opened the door for both Gentiles and Jews—welcoming us under His tallit, His prayer shawl, to enter the Holy of Holies together.

President Trump and the First Lady sent a message concerning the momentous occasion, which was delivered directly to the event’s stage. Rabbi Cahn read aloud its words, including: “As we continue to combat the challenges ahead of us, we must remember the sage words of President George Washington during his first Presidential Address: ‘Propitious smiles of Heaven can never be expected on a nation that disregards the eternal rules of order and right, which Heaven itself has ordained.’ As a country and a people, let us renew our commitment to these abiding and timeless principles. Today, I am pleased to join my voice to yours in thanking God for blessing this nation with great power and responsibility. With reverence, humility, and thanksgiving, we beg for His continued guidance and protection.”

Everyone who spoke, led worship, and prayed—in person or via video—added to the beauty of the day or articulated actions needed for the future. Gordon Robertson, President and CEO of The Christian Broadcast Network, challenged the churches, affirming: “In Heaven, there’s no racial divide.” He urged pastors and churches to take purposeful steps to “integrate so that Sunday mornings will not be the most segregated time in America.”

The Return last weekend will be remembered not only for its spiritual depth but for being a catalyst. Requests are rushing in—from 17 nations already—asking for The Return to take place in their countries.

On the two-hour Washington Prayer March, around 50,000 walked a route that involved seven prayer stops, including the World War II Memorial and the National Museum of African American History and Culture. At the Lincoln Memorial, Vice President and Mrs. Pence surprised Franklin Graham and the crowd with their visit. Mr. Pence remarked, “Since the founding of our nation, the American people and our leaders have gone to prayer in challenging times.” Former Governor Mike Huckabee and Sissy Graham Lynch, granddaughter of Billy Graham, hosted the Prayer March simulcast. In their simulcast, almost 4 million people watched from 57 countries. More than 50,000 comments poured in from far-flung nations like Malaysia, Great Britain, and South Africa. The simulcast also featured country music star John Rich, who sang a song he’d written called “Earth to God.” Its poignant lyrics embody a universal expression of prayer:

Earth to God, come in, God. I know you’re there, hearing our prayers wherever You are. We need you now, to send your love down. Take away the pain in your holy name, We ask this now. We need your light, we need your love, to heal the world You made. And save us now in our darkest hour with your amazing grace. Earth to God, we’re holding on but not for long. Can you pull us all close to the Holy Ghost and keep us strong.

Join us at CBN Israel in joyous praise and fervent prayer this week:

May our “Earth to God” prayers sustain us as we pray that our repentance and revival will move forward to strengthen the worldwide Christian community to shed the light of Christ in the challenging days ahead.

Your ticket for the: National Mall Comes Alive with Songs, Shofars, and Speakers