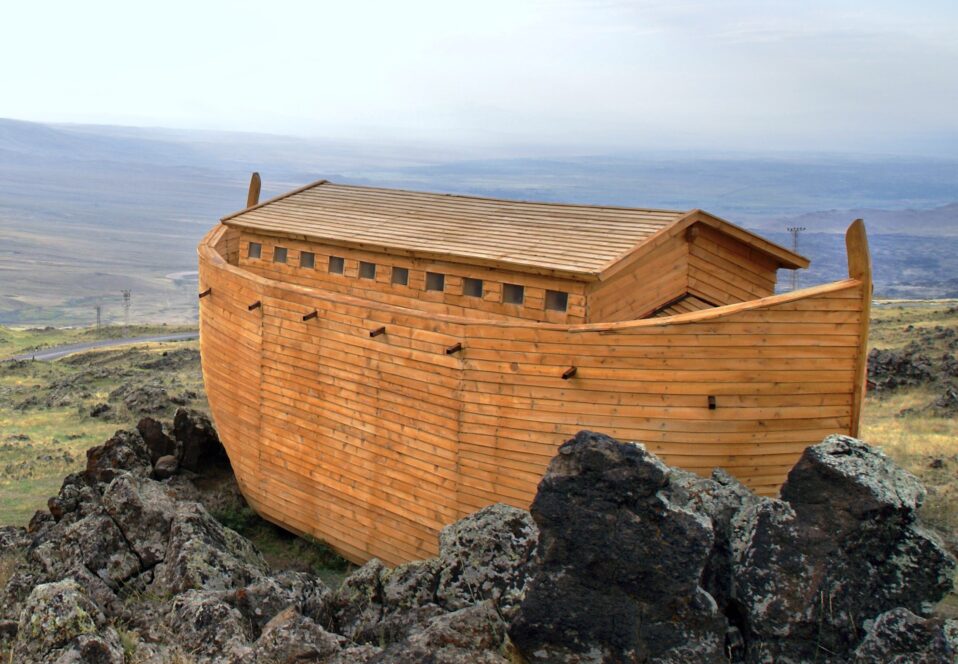 One of the infinitely great and true aspects of the Torah is the complexity of every major figure. Indeed, perhaps the mark of genuinely knowing a biblical character—from Adam to Abraham, from Rebecca to Miriam, from Jacob to Joseph, from Judah to Moses—is appreciating just how each of them is a mixture of good, bad, and changing qualities. This makes naming children challenging, as everyone in the Torah has characteristics that we definitely do not want our children to have. And it would make blessing a child—as we Jews do every Friday night, with a prayer that they be like a biblical character—similarly challenging. We solve that by blessing our girls to be like four people (Sarah, Rebecca, Rachel, and Leah) and our boys to be like two (Ephraim and Manasseh). Consequently, we ask God to imbue our children with the best qualities of multiple people and thus to build up their sacred uniqueness.

Usually, the complexity of the biblical character emerges as we get to know him or her. We meet Moses when he is an infant, we are introduced to Abraham before he begins his life’s journey, and we hear about Joseph when he is born but are really introduced to him when he is a self-centered and pampered teenager.

Their complexity will emerge along with the stories about them. There is one character, though, who stands apart. This character may be the least complex of the major figures of the Bible, in that his personality is straightforward and his actions predictable. Yet it is this character who, alone, the author of the Torah directly assesses. But the assessment is so complex that it leads us readers to appreciate the complexity in assessing any person. And this is a valuable lesson, as assessing people and situations is the function that we do most frequently and most importantly.

Noah, we are told in Genesis 6:9, is “righteous in his generation.” This seemingly simple assessment has launched millennia of discussion and debate among the wisest Jewish commentators. The pro-Noah side maintains that the appellation of “righteous” is, especially coming from God, unambiguous praise. And Noah’s being called righteous “in his generation” amplifies the praise. Jewish teaching emphasizes that we all respond, with remarkable sensitivity, to the moral character of our surroundings. Consequently, it is important to live in a community of people who will elevate us. It is remarkable, this school maintains, of Noah to be righteous in a degenerate generation—as his ability to resist the negative influences all around him make him even greater. The primary proponent of this view was Resh Lakish, the third-century gladiator who left that profession to become a great Rabbi. Coming from a world of bad influences, Resh Lakish knew just how pernicious they can be—and judged Noah favorably.

The other school maintains that “in his generation” is criticism. Sure, Noah was righteous in that generation—a generation so bad that God couldn’t find anyone else worth saving from the flood. In any other generation, Noah would not have been anything special.

How should each of us assess Noah?

God tells Noah that he is going to destroy the world and instructs him to build an ark to save himself, his family, and animals. Noah dutifully complies. However, as the commentators in the second school emphasize, complying is one thing, but arguing is what genuinely righteous people do. Abraham and Moses both argue with God, and both resoundingly win—convincing the Lord. But Noah never makes the case for anyone. He can’t find one sweet child to bring before God and say, “Are you saying that she is evil and should be destroyed?” He is, commentators in this school say, a “tsaddik in fur.” A person who is cold can warm up in one of two ways: by putting on a fur coat or by lighting a fire. The fire will warm everyone, but Noah chooses the coat.

The ark that God commands Noah to construct is, by any standard, enormous—as is befitting a ship that needs to house so many animals. Surely, in the years it took to build the ship lots of people would have stopped and asked Noah what he was doing. He either somehow avoids such conversations or engages them and fails to inspire anyone to repent or even help him build. In either case—despite having the blessing of God and a huge building project—he does not positively influence anyone.

Years pass, and Noah finishes the lonely process of creating the ark. Noah enters the ark with “his sons, his wife and his sons’ wives with them.” The commentators take note of the order. The men enter separately from their wives, acknowledging that it would be improper to make love while the world is being destroyed.

The world is destroyed by the flood, a year passes, and a dove indicates that the earth is dry and habitable. Still, Noah stays in the ark. God has to tell him to disembark: “Go forth from the Ark,” God instructs, “you and your wife, your sons, and your sons’ wives with you.” God wants the husbands to join their wives. It is time for them to make love, to repopulate and to recreate the world.

“So Noah went forth,” the Torah tells us. “And his sons, his wife and his sons’ wives with him.”

Noah leads his party out of the ark in the wrong order! Whether he is traumatized or something else, we do not know. All we know is that he is consistent and thus predictable. He does not rush out of the ark to recreate the world when he learns it is habitable.

God does not give up on Noah; quite the contrary. God blesses him and guarantees him with the rainbow that he will never destroy the world again. God proves himself to be an exceptional therapist, but he still needs a willing patient.

Noah responds by planting a vineyard. He gets completely drunk and “debases” himself with nakedness that his son Ham disgracefully observes and talks about. We are told that Noah lives for 350 years—leaving him plenty of time to repent, transform, and recreate. But Noah, as far as we know, does nothing.

What do we think of Noah? It is one of the many awesome and eternal questions aroused by the Torah. Before answering, we should ask another question: What does God think of Noah? We are not told. But I have a theory.

I think God is saying, “I am not going to blame Noah for failing to recreate the world. I blame myself. I picked the wrong guy. Noah was always a fundamentally decent man, righteous in his generation by either interpretation. But he was a passive rule-follower, not an inspiration, not a risk-taker, not a leader. He was never going to recreate the world, he was never going to deliver me to the nations. Of course, he would instead disappear into drunkenness. I should have known that goodness does not alone qualify a person for leadership, that different challenges call for different qualities and sometimes thus different people. I’ve learned, and I have a solution. I’m going to create Abraham.”

Your ticket for the: Torah Reading Commentary: The Right Man?