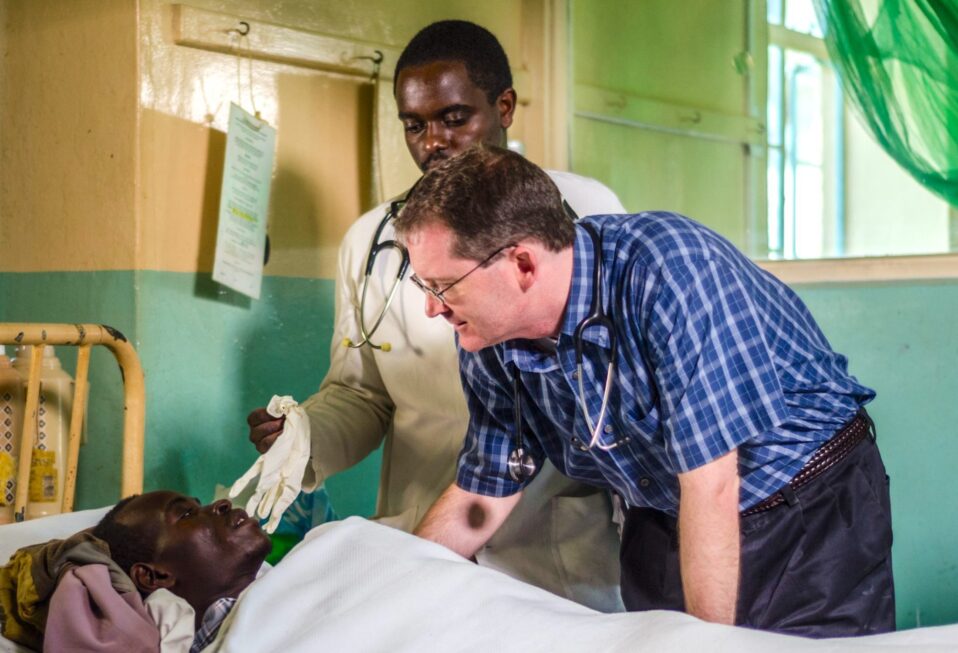 We Jews have a concept of the lamed vavnik—that there are 36 people in every generation upon whom the world rests. My family has been deeply fortunate to know many of them. These are the Christian missionary doctors whom we know through the foundation we established 10 years ago, African Mission Healthcare, which partners with them to provide clinical care, infrastructure, and training in support of the African poor. These doctors live and work in conditions most people in the U.S. would consider impossible—making sacrifices that would otherwise be unimaginable—in order to live their Christian faith by bringing care to those who need it most. The Christian Broadcasting Network has been an extraordinary partner and friend in this work.

Whether at the end of a day observing their work in Africa or conversing in the dining room of our Manhattan apartment when they are visiting the United States, my wife (a rabbi) and I always ask each missionary the same question. We have spent the day (or the evening) with you, we say, but we have not heard anything that most people would consider the “missionary” aspect of your work. You sacrifice everything to serve the poor in the name of Jesus Christ—but we have not heard you try to convince anyone to adopt your faith. How, then, do you conceive of the missionary aspect of your work?

One missionary told me something I’ll always remember—he said one can only have that conversation with someone who asks you: “Why do you care so much?” This question only comes after the kind of deep and sustained engagement that leads one to ask that question.

Similarly, other missionaries told us they are doing what Jesus would want them to or they are trying to imitate Christ, and by doing so, people sometimes ask them questions about what is leading them to such a life of productive sacrifice.

I was recalling these conversations today while studying the upcoming parsha (i.e. Torah reading)—Miketz. The Pharaoh had a disturbing set of dreams in which seven healthy cows get swallowed by seven sickly ones and then seven healthy sheaves of wheat get swallowed by seven sickly sheaves. He knew these dreams were significant and called in the magicians of Egypt to interpret them for him. We are not told what these interpretations were, but none satisfied him.

The Pharaoh’s cupbearer told his boss he had been in prison with a “young Hebrew” who was a remarkable dream interpreter. The Pharaoh summoned this young Hebrew who, unlike the Egyptians, understood the concept of time (as physician and educator Leon Kass points out). The young Hebrew told the Pharaoh that Egypt was about to experience seven years of plenty followed by seven years of famine, suggested that the Pharaoh appoint a “discerning and wise man” to administer the situation, and produced a plan the administrator could execute.

There are many interesting and instructive lessons within Joseph’s interpretation. Rabbi Efrem Goldberg shows how Joseph, in his interpretation, “name drops” God several times. The Pharaoh does not ask about God; there is no reason to think that the Pharaoh even knew God. Joseph, as Rabbi Goldberg shows, is educating the Pharaoh about God—not by telling him directly—but by showing how God, working through Joseph, can solve the Pharaoh’s problem. And it works. The Pharaoh, upon hearing Joseph’s interpretation, announces to his servants: “Could we find another like this—a man in whom there is the spirit of God?”

We Jews do not have missionaries like our Christian brethren do. We welcome converts, but it is not our mission to convert anyone to Judaism—and so we never try. But we are missionaries in a different sense. As Rabbi Shlomo Riskin says, Abraham was “the consummate missionary practicing ethical monotheism wherever he went.” We are called to be missionaries for God and His message of ethical monotheism, which people can seek in any number of ways and faiths.

However one conceives of missionary responsibility, Joseph shows us how it is done. It is by learning the needs of the other, understanding the problems of the other—and working to fulfill those needs and solve those problems—that enables the larger conversation to be welcome. It is also by interpreting one’s dreams and giving helpful advice, helping others find their passion and mission in life, and giving advice as to how to live out that dream. It is through admirable action that others become inspired, and it is through the curiosity that accompanies such inspiration that opens the missionary conversation—one that started with Joseph and continues with the lamed vavnik we have come to know through our work with African Mission Healthcare.

Your ticket for the: Torah Reading Commentary: Joseph the Missionary