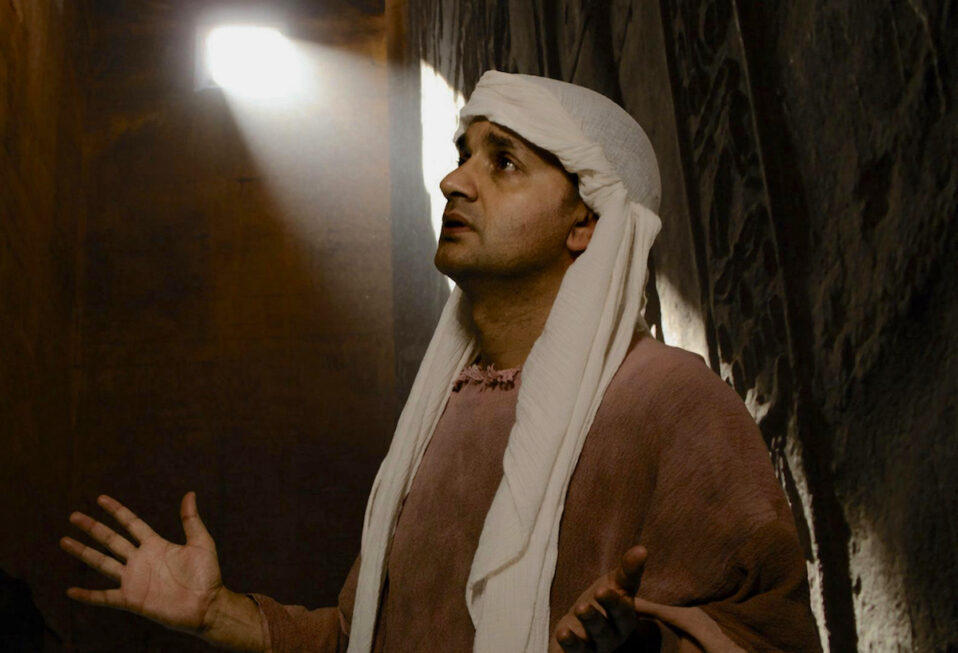 One of the magnificent gifts of the Bible is how multiple interpretations of the same passage, even when they differ significantly, can teach us truths that can help us live better, happier, and more meaningful lives. A classic example is in the great story of Joseph.

The Pharaoh’s concern was about to be alleviated. His cupbearer recalled that there was a Hebrew slave he knew from prison who was a remarkable dream interpreter. The Pharaoh summoned the slave—Joseph.

Joseph told the Pharaoh the two dreams were really one, and they meant that Egypt was about to experience seven years of plenty followed by seven years of famine. This situation, Joseph explained, could be mitigated by appointing a talented administrator.

One could spend a lifetime studying this sequence. But perhaps the first question is: Was the dream easy or hard to interpret? There is disagreement on this fundamental question, and both answers are fascinating and helpful.

As Rabbi YY Jacobson relates, the great Rebbe Menachem Schneerson said the dream was easy to interpret. The cows and the wheat were obvious food sources, and seven healthy ones being followed by seven sickly ones thus clearly indicate feast followed by famine.

Why, then, did all of the Egyptian dream interpreters get it wrong? The Rebbe points out one detail that confounded them: the cows and the grain existed alongside each other for some time before one swallowed the other. Given that the Egyptians believed feast and famine are mutually exclusive—it is one or the other—the necromancers searched for other interpretations, none of which satisfied the Pharaoh.

Joseph, to the contrary, knew feast and famine are not mutually exclusive. Life, he knew from personal experience and Jewish teaching, always consists of both. Jewish grooms break a glass under the chuppah (the wedding canopy) to symbolize that we remember and prepare for sadness even in our times of greatest joy. Conversely, we are prohibited from sitting shiva, the Jewish mourning ritual, on a holiday. We are wise to deposit some of our joy in a place where we can draw upon it in times of sadness. For Joseph, then, the coexistence of feast and famine is neither complicated nor impossible. It is part of a mature approach to the world God designed.

Rabbi David Fohrman takes another approach. The dream, he implies, took a very talented interpreter like Joseph to decipher. How did Joseph do so? It was not really any technique or even special gift. He just knew how to think. God spoke directly with Abraham, Isaac and Jacob—Joseph’s great-grandfather, grandfather and father—all the time. God never spoke directly with Joseph, but Joseph cited and referenced God all the time. Joseph believed God directed the events of the world, both the big (like feast and famine in Egypt) and small (the details of his life). He did not need a constant dialogue with God to realize that. In fact, he did not need a dialogue at all.

To Joseph—but only to Joseph—the dreams were obvious. Joseph, too, had two dreams that were really one. Moreover, there are only two people in the Torah described in the same way that the healthy cows are described (“beautiful of appearance”)—they are Joseph and his mother, Rachel. And there is only one person in the Torah described as having “thin/soft” anything. That is Joseph’s aunt, Leah, who was also the mother of his step-siblings who threw him in the pit. For the “thin” to eat the “beautiful”—and, as is described in the Pharaoh’s dream—to leave no trace of the incident afterwards: that was obvious. That was Joseph’s life. He went from being the favorite son of his wealthy father to, as a result of the perfect crime, an imprisoned slave. And, as he saw in his audience with the Pharaoh, misfortune can be reversed, as well.

Joseph knew, as Rabbi Fohrman shows, how God communicates with us. Our life experiences are the notes God posts on our message board. These notes may not be meaningful or even decipherable when they are posted. They may seem random, disconnected, or even cruel. But there just might come a time when we realize one such experience is the private language through which God had always planned to communicate with us—and recalling it allows us to understand, choose, or do something that means everything.

The second theory—that the Pharaoh’s dream is hard to interpret—might be the most important lesson we will ever learn. If we were to go through life thinking every conversation we have and everything we do just might be a message from God whose massive significance will be revealed later, how would our life change?

We would treat every experience, no matter how seemingly minor, as one that might help us to advance God’s purpose. We would still feel the pain of misfortune but would be able to also see it as plausibly the secret to the ultimate fortune in the future. We would notice everything. We would be alive to the fact that every moment is one of possibly divine significance.

In other words, we would be alive.

Your ticket for the: Torah Reading Commentary: Joseph the Interpreter