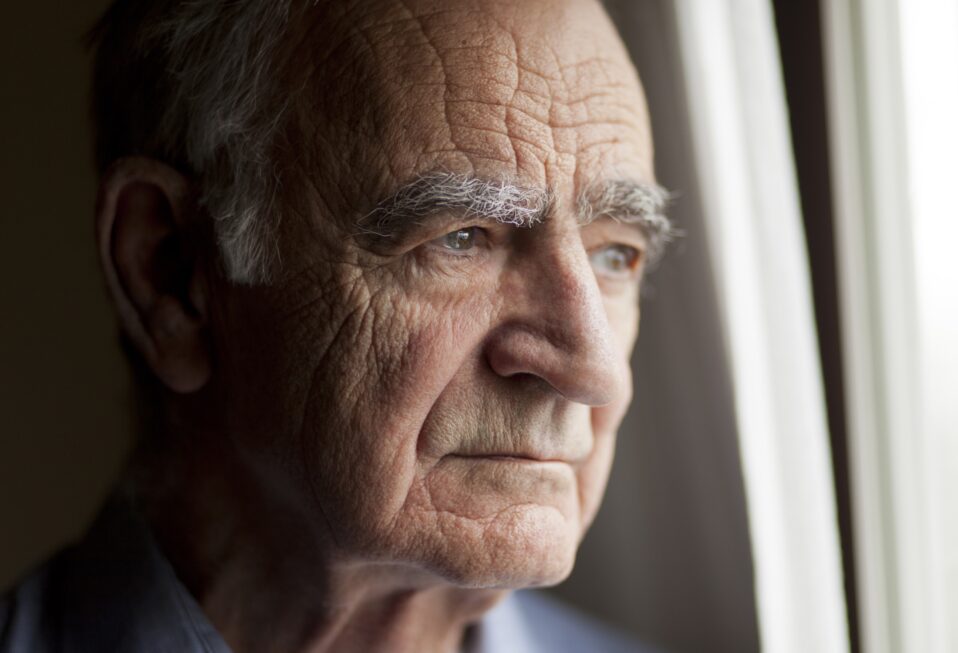 The two greatest people in the world meet. The first is the great man of faith, who lives according to the undeniable and clear direction of God. The second is the most powerful ruler in the world. The person who arranges this meeting is the son of the first man, who himself is the most talented person in his generation.

If such a meeting were to happen today, there would be loads of commentary running up to the event—where and when it would be live streamed, televised, and played on the radio. There would be special issue magazines in supermarkets dedicated to this meeting, online media channels constructed just for the purpose of commenting on it, and millions made off commemorative clothing and associated trinkets.

The commentators would have different questions and perspectives, ranging from the attire of each person to the outcome of the meeting. But perhaps every commentary would ask the same question: “What did they talk about?” Then the guesses would start: the meaning of life, world peace, political philosophy, and the current state and future of the human condition probably would-be contenders.

Well, such a meeting did happen—and it was recorded in the media. The meeting was between Jacob and a Pharaoh, and the media is the Torah. So, we can answer our question: What did they talk about?

The Pharaoh, as we see in Genesis 47, says, “How many are the days of the years of your life?”

So, the conversation starts with one great man noticing the appearance of the other and thinking—and saying—you look old! And the other great man acknowledges this and proceeds to complain about his life.

This is how two of the greatest men in the history of the world interacted? God has blessed my wife and me with four children. If one of them met an elderly person and said, “You look really old. Just how old are you?” we would be mortified. Indeed, this conversation sounds more like one we would use to educate a kindergarten class about how not to behave than one between two of the great men of the Bible.

What is going on?

It turns out the Rabbis don’t like it either and heap all of the blame on Jacob. That is instructive in itself—we Jews believe everyone is significantly flawed, that we should be forthright and honest about the failings of our heroes, and we can and should learn from the significant imperfections of even our greatest people. So, we must ask: What did Jacob do wrong?

The Rabbis point out that Jacob’s life was 33 years shorter than his father’s, with each lost year a penalty for each word in his response. It was wrong of Jacob, the Jewish tradition instructs, to focus on the negative. Yes, he had a very hard life. He was exiled from his home, threatened with fratricide, tricked into marrying someone he didn’t want to, forced into indentured servitude by his father-in-law, lost track of his beloved son Joseph for two decades because of an attempted fratricide, and lived through the aftermath of the rape of his daughter that was enabled by at least one of his mistakes (settling in the wrong place).

He also had a loving relationship with his mother and a more complicated one with his father, had consistent and direct guidance from God, experienced the most romantic moment in the Torah that turned into a lifelong love and marriage, was very prosperous wherever he went, and was blessed with 13 children and numerous grandchildren.

Yet Jacob described his life in entirely negative terms. An ancient Jewish source imagines God saying to Jacob: “‘I saved you from Esau and Laban, I returned Dinah to you, and also Joseph, and you complain about your life that they were few and bad?!”

But there is a problem. The words Jacob used to describe his life do not add up to 33. For that, we need to include the Pharaoh’s question: “How many are the days of your life?”

Why, Rabbi Scheiner asks, would Jacob lose years because of the Pharaoh’s question? Jacob, after all, was the recipient of a (perhaps) rude question. The answer was provided by one of the giants of 20th-century Judaism—Esther Jungreis—known sometimes as “The Rebbetzin” and other times as the “Jewish Billy Graham.” Rebbetzin Jungreis was born in Hungary in 1936. When she was eight years old, she was sent to a Nazi concentration camp. Her father told her to be sure, in the hell of Bergen-Belsen, to always smile. The smile of a child, her father instructed her, will bring some joy and hope to people in even the worst circumstance.

Rebbetzin Jungreis, drawing from the Bible and from her father’s wisdom, taught that one’s face is “public property.” The way one chooses to portray oneself to others will affect the experience of others. Jacob, in the Jewish imagination, is criticized for portraying himself with a countenance that stuns the Pharaoh into asking—effectively—why he looks so old.

But this exchange—even this part of the exchange—has additional lessons for us. Why did both Jacob and the Pharaoh speak about “the days of the years” of his life? If someone asked any of us how old we are, we would likely respond with just a number corresponding to a year. But that is not how great people like Jacob and the Pharaoh think. Great people value, treasure, and account for every moment. They don’t measure in terms of years—but, at the most, days.

We intuitively understand and do this. The more important a moment in time is to us, the more precisely we measure it. If someone asked, “When were the Middle Ages?” we might respond, “I don’t know, maybe a thousand years ago.” This imprecision would derive from the fact that we don’t really care when the Middle Ages were or what exactly happened during them.

Similarly, genuinely great people like Jacob and the Pharaoh do not think in terms of years. The value they put on time, and of everything that occurs in a unit of time, is seen through the precision of their measurement. And we Jews are, as inspiration and for instruction, called: “Children of Jacob.”

Your ticket for the: Torah Reading Commentary: Looking Old