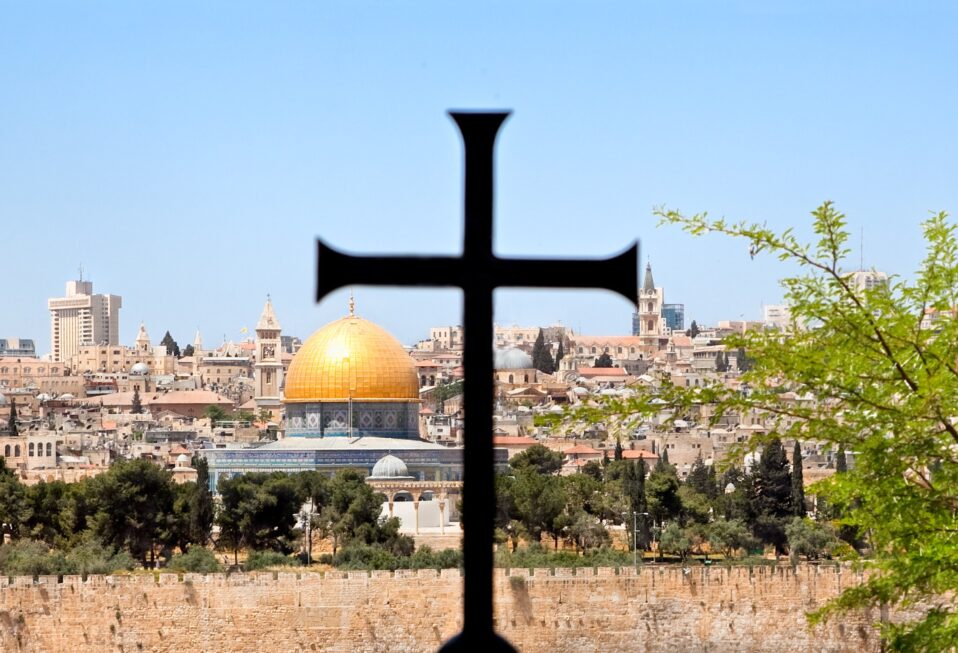 As we enter a new year, religious persecution will undoubtedly continue to impact millions across the globe, with such atrocities as Nigeria’s Christians being massacred, China’s Muslim Uighurs enslaved, and Jews murdered in their synagogues. For three years, an organization called Church in Need tracked Christian persecution in particular saying in their 2017 report, “Anti-Christian persecution is worse than at any time in history.” The 2020 numbers are now estimated at 260 million and growing.

Purveyors of persecution use numerous methods, which can include everything from media slander and banning Bibles to razing houses of worship, secret police harassment, imprisonment, and mass murder. Worldwide, Jewish communities have been the targets of unbridled hatred for centuries, while Christian persecution is considered to be at its highest levels and other faith communities continue to be threatened.

The United States Commission on International Religious Freedom (USCIRF) keeps track of such atrocities, with 14 nations at the top of its list—among them China, North Korea, Iran, Nigeria, Saudi Arabia, and Syria. Gary L. Bauer, a commissioner at USCIRF and the President of American Values, has actively spoken out against anti-Semitism and advocated for Christian minorities in the Middle East. He observes, “It is not an accident that persecution of Christians and Jews is increasing around the world. Judeo-Christian civilization is hated and under siege from both God-less communism and radical Islam. Even in Europe and here in the U.S. there are growing threats to religious liberty.”

Thankfully, the United States and Israel rest on a solid foundation of Judeo-Christian principles they can call upon when challenges arise. The United States enshrined religious freedom in our Constitution’s Bill of Rights. Israel embedded religious freedom in its Declaration of Independence when it became a modern Jewish state in 1948. Israel’s Basic Laws—which enumerate the country’s fundamental rights—protect “freedom to practice or not practice religious beliefs, including freedom of conscience, faith, religion, and worship, regardless of an individual’s religion.”

In addition, Basic Law designates Israel as a “Jewish and democratic state.” Israel also recognizes its patriarchs in the Declaration: “The State of Israel … will be based on freedom, justice and peace as envisaged by the Prophets of Israel.” International human rights covenants are incorporated into domestic law that applies to both citizens and non-Israeli residents, alike.

Israel is the only Jewish state in the world; its ancestral homeland is a refuge for a people who for centuries had been scattered across the world. Israel enters 2021 with a population of more than 9 million people, of whom 6,870,000 are Jewish (73.9%) and 1,956,000 are Arabs (21%). The small nation is also a refuge for its 175,000 Christians, as well as Druze, Arab Christians, Bahai, and other faith communities. It is the safest place for Christians in the Middle East and also protects and guarantees religious freedom for the other two monotheistic faiths—Judaism and Islam.

One of the clearest examples of Israel’s religious freedoms is the Gold Dome on the Temple Mount, called Haram al-Sharif by Muslims. After Israel’s victory in the 1967 Six-Day War, its leaders made the decision to allow the Jordanian Waqf Foundation, a religious committee, to continue administrating the Temple Mount. Under the Jordanian occupation of 1950–1967, Jews had been forbidden to pray at their most revered holy site, Jerusalem’s Western Wall. Jordanians occupied the Old City, where they looted and then destroyed 58 synagogues and expelled its Jewish residents. Christians were also under tight restrictions.

Yet despite such hostilities directed against them, Israel today allows Muslims freedom to worship at their Al-Aqsa Mosque and Dome of the Rock, with Israeli police providing protection of the 32-acre compound.

Regrettably, Israel’s decision was not met with gratitude. Since 1967, the Temple Mount (in Hebrew, Har Habayit) has been a tinderbox of controversy that can flare up at any moment. Sometimes it is due to an imam’s hate-filled incitement in his sermon, or a lie spread by the Palestinian Authority. Religious freedom is not always simple—and certainly not in Israel with animosity pouring out of the Temple Mount mosque.

This Jerusalem compound is likely the most contentious acreage in the world. Yet it’s surrounded with church bells ringing, a Muslim muezzin sending out calls for prayer on a minaret loudspeaker five times a day, and Jewish families praying and celebrating bar-mitzvahs and bat-mitzvahs at the Western Wall (in Hebrew, Kotel). Israel’s Central Bureau of Statistics estimates that 546,100 Jews, 328,600 Muslims, and 15,900 Christians live in Jerusalem, totaling nearly 900,000 people. Muslim, Druze, Christian, and other faith communities are located throughout the rest of the country.

When it comes to making sacrifices for religious freedoms, history is full of examples. For instance, United States laws stand on the shoulders of Saint Thomas Becket’s martyrdom on December 29, 1170. Henry II, King of England, insisted that the church obey the monarchy. Becket, the powerful Archbishop of Canterbury and Chancellor of England, disobeyed, proclaiming, “I give my life so that the Church will attain liberty and peace.” His martyrdom set the stage for England’s Magna Carta—which ensured the right to free exercise of religion—and for future modern democratic civilizations to assure religious liberty for their citizens.

On December 28, 2020—the 850th anniversary of Becket’s brave end—President Trump issued a proclamation honoring that sacrifice. “No right is more fundamental to a peaceful, prosperous, and virtuous society than the right to follow one’s religious convictions. … A society without religion cannot prosper. A nation without faith cannot endure—because justice, goodness, and peace cannot prevail without the grace of God.”

Unimaginable sacrifices by Jews, Christians, and others under persecution have also been borne by individuals like Pastor Richard Wurmbrand and his wife, Sabina. Both were born into Romanian Jewish families and later embraced Jesus as Messiah. Pastor Wurmbrand spent 14 agonizing years in prison under Romania’s communist regime for the public witness of his faith; Sabina spent three. With the help of Christian friends, the couple was finally released from prison. They moved to the United States and in 1967 founded Voice of the Martyrs, a Christian organization that focuses on rescuing persecuted Christians and educating the public about the plight of those living under religious tyranny.

In recounting sacrifices for Jews, we must note that German theologian Reverend Dietrich Bonhoeffer possesses a towering stature. The anti-Nazi dissident was known for his tireless advocacy, risk-taking, and devotion to the Resistance. Arrested by the Gestapo for his role in the plot to assassinate Hitler, Bonhoeffer was executed by hanging in Flossenburg Concentration camp in 1945.

Israel’s religious pluralism is not without controversy. Much like Christian denominational differences and arguments, Judaism has its share of disagreements among the varying Jewish denominations. For instance, while the Ultra-Orthodox are small in numbers, they exert tremendous influence in Israel’s daily life. Ultra-Orthodox and secular Jewish citizens clash, and citizenship for Messianic Jews is still controversial. It’s estimated that between 15,000 and 50,000 Messianic Jews live in Israel, with around 130 congregations. The Messianic Jewish community is positively recognized for organizing multi-millions of dollars in humanitarian aid shipped into Israel since 2001.

In closing, the plight of Nigerian Christians is finally becoming more well known. Since 2015, more than 15,000 Nigerian Christians have been murdered by terror groups such as Boko Haram. While Israelis have reached out to Nigeria for decades with agricultural and educational aid and programs, Gary Bauer at USCIRF is calling for more public pressure on the Nigerian government and for the U.S. to withhold foreign aid if necessary. Last year, Nigeria was added to the U.S. State Department’s Special Watch List.

Commissioner Bauer told me, “The international human rights community must find its voice now. The war being waged by radical Islamists against Nigerian Christians has been ignored for too long. The Nigerian government is not doing enough to provide security in Christian villages and places of worship. Genocide is a real possibility, but sadly Christians being murdered and persecuted is often ignored by the U.N. and other international organizations.”

Yet we hope that Nigerian Christians, Jews, and others will benefit from the love of those who can help bring about true peace, healing, reconciliation, and religious freedom.

Finally, may we hold firm to these encouraging words from Jesus in His Sermon on the Mount: “Blessed are those who are persecuted for righteousness’ sake, for theirs is the kingdom of heaven. … Rejoice and be glad, for your reward is great in heaven, for so they persecuted the prophets who were before you” (Matthew 5:10-12).

Your ticket for the: Worldwide Religious Persecution: Where Does Israel Stand?