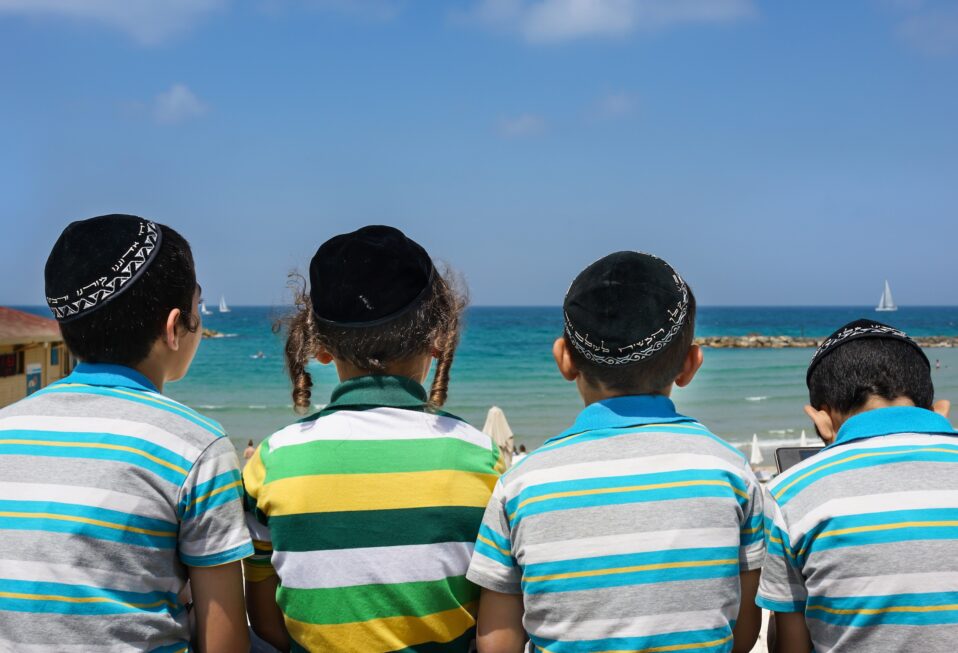 It is a cliché to say “there is no such thing as a bad question.” But, unlike most clichés, this one is not true. There are some bad questions. One is: “Is he religious?”

There are several reasons why this is a bad question. One is that it is imprecise. When people ask this question, they generally want to know how often someone goes to church or synagogue, or how many of the faith’s rituals and commands one keeps. But this is only a small part of anyone’s religiosity. It does not speak to honesty in business, generosity toward the poor and the stranger, education of children, or any of the many similarly important biblical commandments.

The Bible condemns a lot of behaviors, from adultery to idolatry. But it never condemns atheism, presumably because it was either rare or non-existent in the ancient world. However, there were very different ways of defining and expressing religiosity in the Bible. And Exodus 10, which we Jews read in synagogue last week, calls our attention to one such distinction—and, by extension, the existence of many different ways to be religious.

By Exodus 10, God had directed seven plagues against the Egyptians—seven different and devastating manifestations of God punishing the Egyptians and educating the Jews, the Egyptians, and anyone else who was watching. It was clear to any impartial observer that the Jewish deity was not just one god (even a particularly talented one) among many. It was evident, by this point, that the Jewish God was the one and only God. But Pharaoh was not impartial. He was in love with his ideas.

Love is, of course, wonderful—but, before that, it is powerful. Love properly directed (toward a person, a community, a nation, a faith) can make one’s life happy, healthy, fulfilling, and meaningful. But love directed toward one’s ideas, as the Bible shows, can be very dangerous.

Moses was deeply aware of the Pharaoh’s love of his own ideas. The consequences of this awareness come through perfectly in the following chapter. Moses went to the Pharaoh to warn him of the impending final plague—the slaying of the firstborn. Moses told the Pharaoh that the plague will come at “around midnight.” Why “around midnight”? If we were to meet a friend for dinner, we wouldn’t say, “I’ll see you at around 7.” We would say, “I’ll see you at 7.” But of course we mean around 7. If we arrived at 6:58 or 7:01, we would be worried for the sanity of our friend if he replied, “What happened? You said 7!”

Moses knew the fundamental weakness of the Pharaoh—that the Pharaoh’s love of his own ideas would cause him to deny all reality in order to have his convictions affirmed. If the plague had arrived at 12:01, the Pharaoh would have said something like, “Sure, you got the slaying of the firstborn right, but you said that it would happen at midnight. It didn’t—and so your ‘god’ is just one out of many, imperfect and certainly without the kind of global control that you say he has!” By saying “around midnight,” Moses was denying his adversary that opportunity.

But after the seventh plague, the Pharaoh finally told Moses he could go and worship the Israelite God. The Pharaoh’s willingness to let the Jews worship their God was not a religious concession, realization, or revelation, or a step in any religious education. The Pharaoh always acknowledged that the Jews, like every people, had a god.

But the Pharaoh was about to learn that the religious difference he had with Moses was not limited to a dispute between monotheism and paganism. It incorporated the very nature of religious commitment—regardless of to whom it is ultimately offered.

The Pharaoh, in Exodus 10:8, asks Moses who he intends to bring with him to worship. Moses has an easy and comprehensive answer in the following verse: “With our youngsters and with our elders shall we go; with our sons and with our daughters, with our flock and with our cattle shall we go.”

In other words, everyone.

The Pharaoh seems to process that for a moment before saying, “Let the men go. Serve God, for that is what you seek.”

Moses does not even dignify that with a response. Why? Perhaps because there is no point in having a discussion about a subject when the two parties have a fundamental disagreement over first principles. If one person says that addition represents increase and another insists it represents decrease, they should not get together to solve a math problem.

Here, the disagreement is over the nature of religious commitment. The Pharaoh is ready to allow the men to go. Religion, he believes, is the province of a male elite—one that worships, sacrifices, or whatever else on behalf of others. Consequently, Moses wouldn’t need women or children and certainly not animals and possessions.

Moses has a fundamentally different point of view. Religion is for everyone, together. Judaism, he is showing, only makes any sense when practiced as a community—with women, children, men, animals, possessions—everyone and everything all at once and all the time. This, like everything in the Torah, is not just a lesson for the Pharaoh or anyone else in the Bible. It is a lesson for each of us. Religion, properly understood, is not something one does just on Saturdays or Sundays. One’s relationship with God is not one that happens by appointment in a formal setting. One’s relationship with God, and the religious structure that enables and facilitates it, is for all times, all places, and all people.

But there is one complication, which leads to a crucial religious insight. Does this mean that everyone is equal in the Mosaic religious conception? Not exactly. Moses says, “with our youngsters and with our elders.” In other words, the young come first. Not athletes or kings, not Rabbis or elders, not even parents or grandparents, but the young. This would mean that the most important function of Mosaic society would be education geared to the young. And it would be an idea that would include, thousands of years ahead of its time, universal literacy, mandatory schooling, and the cultivation of questioning (since curiosity, as Moses identified, is the universal characteristic of the young). It would be so thoroughly inculcated into the Jewish psyche that it would sustain us through our darkest moments.

As I write about in my forthcoming book, The Telling, Rabbi YY Jacobson recounts a story of Rabbi Yisrael Spira, the Bluzhever Rebbe, whose family was murdered by the Nazis. While enslaved at Bergen-Belsen, Rabbi Spira had, by a fortuitous turn of events, come into possession of a small amount of matzah. A discussion ensued among the prisoners regarding who should be able to eat it. Speaking from the perspective of Jewish law, Rabbi Spira said that the matzah should be split among the adults so that they could fulfill their biblical obligation. Then a voice emerged. It was of an emaciated woman, whose family had also been slaughtered by the Nazis.

The rabbi was immediately convinced by her application of Exodus 10:9, and gave the matzah to the children. Upon liberation, he married the woman—Bronia Melchior. They became two of the great Jewish leaders of postwar New York City.

Rabbi and Rebbitzen Melchior showed us what it means to be religious. It is not an activity to be conducted during specific times and in special places. It teaches us how to experience the world, it defines what we are, and it guides us in any and every circumstance.

Your ticket for the: Torah Reading Commentary: Moses, Pharaoh—and Our Religious Experience