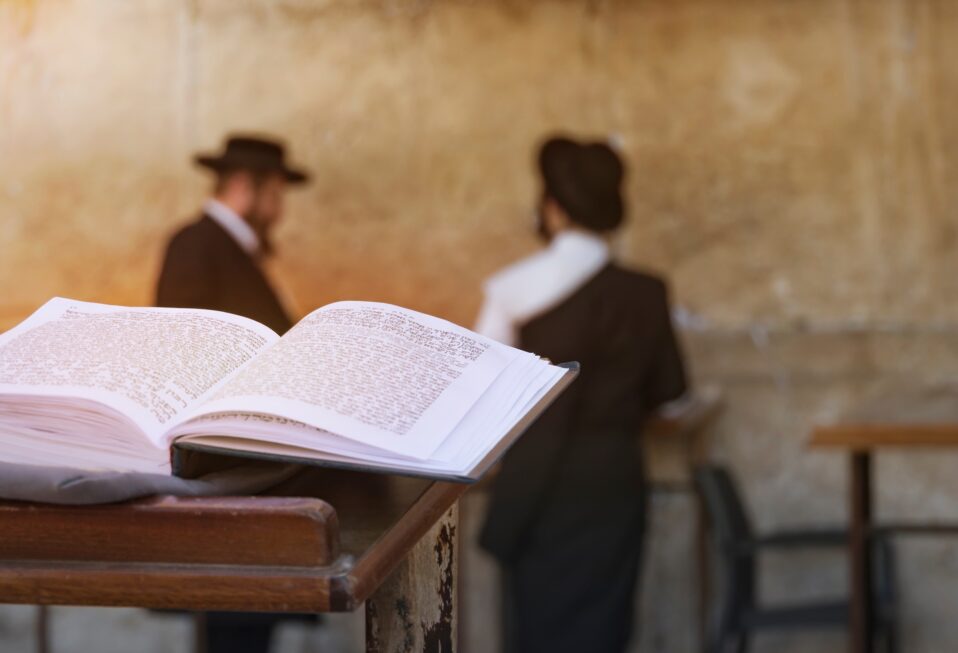 The parsha (Torah portion) we Jews read last week in synagogue was about the greatest moment in the history of humankind: when God gave the Ten Commandments (and, according to some scholars, the entire Torah) to Moses at Mount Sinai. It was such a dramatic moment that the people “saw the sounds.” They—we—were so overwhelmed, our senses were discombobulated to the point where sounds became objects of sight. Moreover, the sound of the trumpet became “continually louder”—when in reality, of course, sounds soften after reaching their peak.

What would we imagine, then, that this parsha be named? Perhaps for the Ten Commandments, perhaps for Moses, perhaps for Sinai. One would think the greatest moment in all of humankind would be worthy of a parsha title in the Bible.

But that is not what the Author of the Torah did. He named this parsha “Jethro,” after Moses’ father-in-law. The fact that the character of Jethro receives a distinction that the Torah does not, and that Moses does not, leads us to ask: What is so special about Jethro and what can we learn from him?

The first thing we are told about Jethro in this parsha is that he is a “priest of Midian.” He is a Gentile. We are soon informed that Jethro “heard everything that God had done for Moses and for his people Israel.” Jethro would have heard about the Exodus along with everyone else in the world. The news may have taken longer to travel then than it does now, but everyone would have known that God had freed the Jewish slaves from the grip of the most important empire in the world, Egypt.

Yet Jethro is the one person who genuinely heard. He was moved by what he learned, and as such did not treat it as an abstract news event, but rather as cause to do something. And he did something bold and courageous. He went to visit Moses in the desert.

One might ask: What is courageous about visiting one’s son-in-law? It becomes somewhat clearer when we read, in Exodus 18:2, that Zipporah ( Jethro’s daughter) “had been sent away.” This is, as the Hebrew scholar Nehemia Gordon notes, the ancient expression for divorce. And the rupture in the relationship between Moses and his family becomes even clearer when Jethro finds Moses in the camp.

“I, your father-in-law Jethro, have come to you with your wife and her two sons with her.” Her two sons—Gershon and Eliezer. Their father was Moses. Yet Jethro identifies the boys as “her” two sons. This is not a snarky insult, but a profound statement about the nature of Jewish parenthood. Judaism does not consider parenthood to be a biological phenomenon but a deeply moral and substantive set of obligations and responsibilities. That is why Judaism considers grandparenthood to be akin to parenthood, as grandparents assume the responsibility of transmission along with the parents. Moses has not earned the designation “father” and he does not even attempt a rebuttal.

What is Jethro thinking at this point? We are not told, which is not surprising. The Torah does not generally grant us entry into the inner lives or intimate feelings of its characters. We observe actions and try to intuit what must have driven and motivated them. But as usual in the Torah, we are given enough to come to a reasonable conclusion. Moses had abandoned his family. He, with God’s help, had led the world’s first slave rebellion and had defeated the most powerful empire in the world. All other conquerors had used their victory to augment their power.

Jethro, like all people on all journeys (whether to the supermarket or the Promised Land), must have been imagining something. What could that have been? Presumably something along the lines of the writer of the World War I classic, “How Ya Gonna Keep ‘em Down on the Farm (After They’ve Seen Paree)?”—but much more so. Jethro probably figured that Moses had abandoned his family for good to become like every other conqueror—and establish himself as a demigod with nearly absolute power accompanying divine pretensions.

And yet Jethro goes to visit anyway.

In Exodus 18:7, we are told Moses’ reaction. Moses “prostrated himself and kissed him [Jethro] and each inquired about the other’s well-being.” They made small talk! Then came the big talk: “Moses told his father-in-law everything that God had done to Pharaoh and Egypt for Israel’s sake—all the travail that had befallen them on the way—and that God had rescued them.”

Jethro, a man defined by his quality as a listener, surely heard a sound of silence. Moses does not mention himself. Moses spoke of what God did to Pharaoh and to Egypt for Israel’s sake.

These were not the words of an imperious conqueror. They were the words of, as the Torah later describes Moses, “the most humble man ever to live.”

Jethro’s reaction? He is—and this is what the Hebrew says—“pricked with joy.” He is so happy that this is the Moses he found, that he gets goose bumps. Jethro falls in love with Moses and with Moses’ Boss, who inspired His prophet to act this way. Jethro becomes the third person, and the third Gentile in the Bible, to say: “Blessed is God,” and he follows the blessing with a declaration: “Now I know that God is greater than all the gods.”

Jethro continues by making offerings to God and hosting a feast. Moses’ brother Aaron was at the feast, as were “all the elders of Israel.” But there was a conspicuous absence: Moses was not there.

The text does not make us wait for long to surmise where Moses was. “It was on the very next day,” we learn in Exodus 18:13, that Jethro observed Moses judging disputes “from the morning until the evening.” He missed the dinner, presumably, because he needed to be judging.

Jethro confronts Moses. “What is this thing that you do to the people?” He tells Moses to institute a judicial bureaucracy composed of “men of accomplishment, God fearing people, men of truth and people who despise money.”

What could Moses have been doing to the people? He was the one hearing their disputes, and he must have had a good reason for doing so. Moses, a brilliant man (to put it mildly), surely had considered delegating, especially as he felt the pain of its absence; the Bible says that judging as he did “wore him out.” Moreover, he had already proven that he understood the benefits of relying on delegating, as when he relied upon Aaron, Hur and Joshua to win the battle against the Amalekites a short time before.

Yet he decided against delegating when it came to judging. We are not told why. Perhaps he wanted all the people to benefit from his superior rulings. Perhaps, due to his stature or disposition, disputants came easier to compromise in his presence.

Whatever the case, Jethro was not having it. So long as Moses was the only person who could hear disputes, his original concern stood—that Moses would become, or even just be perceived as, a demigod. Instead, Jethro told Moses to empower lots of other people, despite the fact that their rulings would not be as good as his. This empowerment would lead to a widespread investment in the system, as people would draw conviction from the fact that they were able to make rulings that would reflect and define the Jewish future.

And that, Jethro seemed to realize, would prepare the people for its most important reality. Someday, Moses would be gone. How would the Jewish people continue to survive and thrive in the absence of their great leader? By, perhaps paradoxically, seeking and accepting rulings that would not be as good as possible—just as if Moses had made them all. This concession would enable the construction of systems and processes—an institution—that was widely respected by the people. The people would then inculcate the virtues and practices of the institution in their children, who would be obligated and enthusiastic to pass it on to their children.

The result? The Jewish religion—which we owe to our great Gentile friend and observer, Jethro.

Your ticket for the: Torah Reading Commentary: Jethro’s Concern