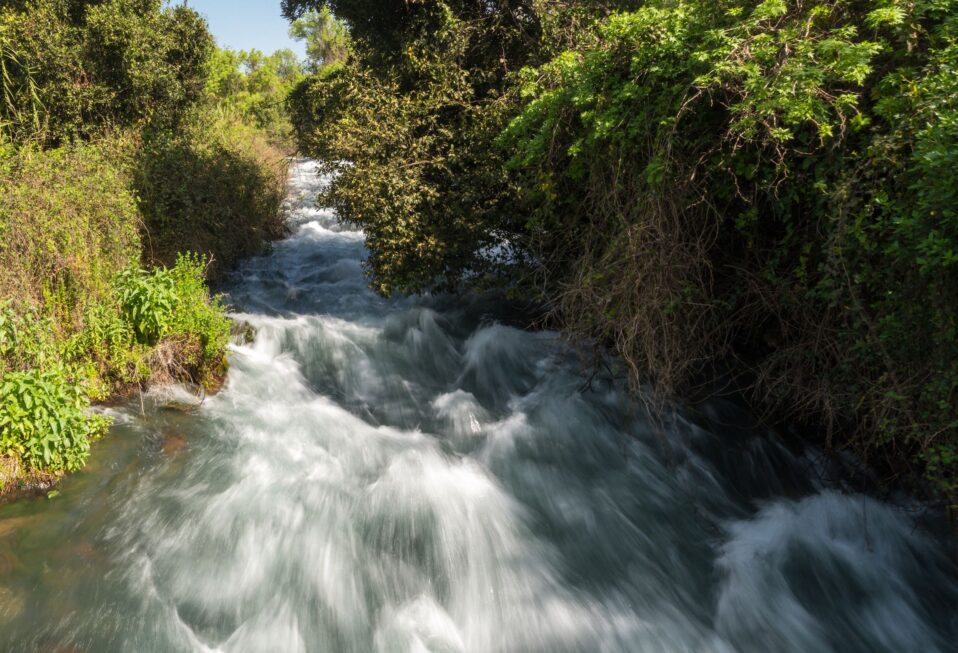 The land of Israel did not merely provide the stage upon which biblical events played out, its flora, fauna, climate, and geology provide the images, metaphors, and vocabulary that biblical writers used to communicate their message whether in narrative, poetry, or prophecy. There are places within Israel today where one can stand within the geography used by the biblical writers and feel and hear, within the setting, the message they sought to communicate. The Dan Spring is one of those places.

The spring acquires its name from the biblical site of Dan, the northernmost city within biblical Israel. Located at the base of the foothills of Mount Hermon, it provides the largest of the three springs whose tributaries come together south of the site of Dan to form the Jordan River. The Dan Spring produces roughly 240 million cubic meters per year. With such a large amount of water coming from the spring, especially in the winter and spring of the year when the rains and snowmelt add to it, the sound of the Dan tributary roars as it flows towards the meeting point to form the Jordan.

The highlighted bold type shows the psalmist’s use of the waters of the Dan spring to describe the voice and glory of the Lord. How do we know he meant the Dan Spring? Because of the geographic detail provided, which is italicized. These locations—Lebanon, Sirion, and Kadesh—surround the northern area of Israel and the Dan Spring. When the psalmist listened to the raging waters of the spring and its tributary, he found himself moved to comparison with the voice and glory of the Lord. He communicated his message through the physical setting of the Dan Spring and the surrounding countryside.

In Psalm 42, we find another use of the Dan Spring for the psalmist’s poetry: “As a deer longs for flowing streams, so my soul longs for you, O God. My soul thirsts for God, for the living God. When shall I come and behold the face of God? … My soul is cast down within me; therefore I remember you from the land of Jordan and of Hermon, from Mount Mizar. Deep calls to deep at the thunder of your cataracts; all your waves and your billows have gone over me” (42:1-7; emphasis added).

The psalmist begins by likening his desire for God to a deer craving the streams of water from springs, like the Dan. Although lush with vegetation, the summer heat and humidity of the region of the Dan Spring is difficult for animals and humans. He finds himself in the region of the Dan Spring (the italicized portions) and feels overwhelmed with the roar of the gushing spring.

Traveling to the land of Israel is more than visiting sites. It should transform how we read and interact with the physical reality of the land of the Bible.

Your ticket for the: Biblical Israel: Dan Spring