Passover: The Feast of Unleavened Bread 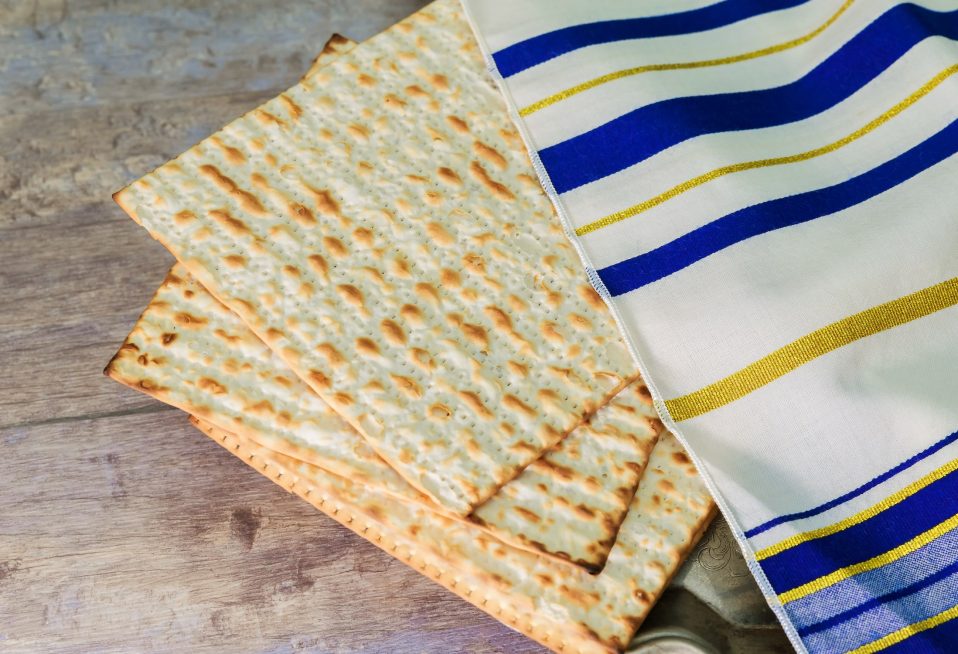 “The LORD’s Passover begins at sundown on the fourteenth day of the first month. On the next day, the fifteenth day of the month, you must begin celebrating the Festival of Unleavened Bread. This festival to the LORD continues for seven days, and during that time the bread you eat must be made without yeast. On the first day of the festival, all the people must stop their ordinary work and observe an official day for holy assembly. For seven days you must present special gifts to the LORD. On the seventh day the people must again stop all their ordinary work to observe an official day for holy assembly” (Leviticus 23:5-8).

It was the night before freedom. All of the Israelites were huddled in their homes. They had been slaves in Egypt for 400 years. Moses had conveyed God’s instructions to kill a lamb for each household and then put the blood on the door posts of their homes. The Israelites were also commanded to roast the lamb and eat it—not leaving their homes until morning. That night, they waited in anticipation to see what would happen.

God struck the firstborn of every Egyptian home all the way up to Pharoh’s household that first Passover night, as the angel of death “passed over” the homes of the Israelites. The cry must have been agonizing, but the next day after 10 plagues and 400 years of slavery, the Israelites were finally free to leave Egypt under the leadership of Moses!

That’s the Biblical story of the Exodus, which is commemorated each year during Passover. In Exodus 13:8, God commanded the Jewish people to recount the story to their children year after year and to eat unleavened bread or what the Bible calls the bread of affliction for seven days.

That’s what we call matzah (“unleavened bread”) today. Even though it’s made with flour (and no leavening agents), it must be mixed, rolled and shaped, and baked within 18 minutes to inhibit the rising.

For thousands of years, the Jewish people have told the story from the book of Exodus on the eve of Passover, “the fourteenth day of the first month” (Leviticus 23:5) in a special meal with symbolic food called a Seder, which means “order” in Hebrew. There are many traditions from all over the world, but the basic story is the same—God’s miraculous deliverance of the Jewish people against all odds.

Rabbi Levi Welton said that Passover, like all Jewish holidays, has a spiritual theme with applications for each person at any time.

“On Passover, the theme is freeing oneself from ‘personal slavery’ or self-limiting beliefs and transmitting a Jewish identity to the next generation. As the Talmud states in Tractate Pesachim 116b, ‘In each and every generation, a person is obligated to regard himself as though he actually left Egypt,’” says Welton.

Prior to Passover, Jewish people around the world remove all leaven from their homes. Varying traditions define leaven differently, but in general, it means that all bread, crackers, cake, cookies, noodles, and anything made with a leavening agent or flour are removed from the house. Many Jewish people even search every nook and cranny to make sure that not even a crumb remains.

At the Seder, certain foods are placed on a Seder plate to symbolize parts of the story. A shank bone represents the sacrifice of the Passover lamb; an egg represents the cycle of life; maror (usually horseradish) symbolizes the bitterness of slavery; haroset (a sweet paste made of apples or dates) symbolizes the straw/mortar used to make the bricks in Egypt; and karpas (parsley or a vegetable) symbolize springtime and is dipped in salt water to symbolize the tears of the Hebrew slaves in Egypt; and matzah (“unleavened bread”) is also included on the table in a pouch or napkin.

Christians find deep meaning in celebrating the Passover Seder. Jesus’ Last Supper was actually a Passover meal, and the bread that He blessed and broke saying, “take this and eat it, for this is my body” was unleavened bread (Matthew 26:26)

Because of Jesus’ words during the Last Supper, many Christians to this day take communion with matzah bread. Some even say that its designs, with stripes and piercings, are symbolic of the suffering God’s Messiah, Jesus, endured when He was beaten and crucified. The fact that matzah is unleavened also represents His sinlessness.

Christians believe that Jesus was our Passover Lamb, sacrificed for the sins of the world.  Many say that the cup Jesus raised was actually the third of four cups of wine that were drunk during Passover meals. The third cup is known as the Cup of Redemption, which fits perfectly with Jesus’ words: “Each of you drink from it, for this is my blood, which confirms the covenant between God and his people. It is poured out as a sacrifice to forgive the sins of many” (Matthew 26:27-28).

Passover and Resurrection Sunday (Easter) often occur the same time in March or April. Passover is celebrated for eight days, though only the first and last days are full holidays. In Israel, the Seder meal takes place on the first eve only and elsewhere in the world, Jewish people celebrate two consecutive Seder nights.

Your ticket for the: Passover: The Feast of Unleavened Bread

Passover: The Feast of Unleavened Bread