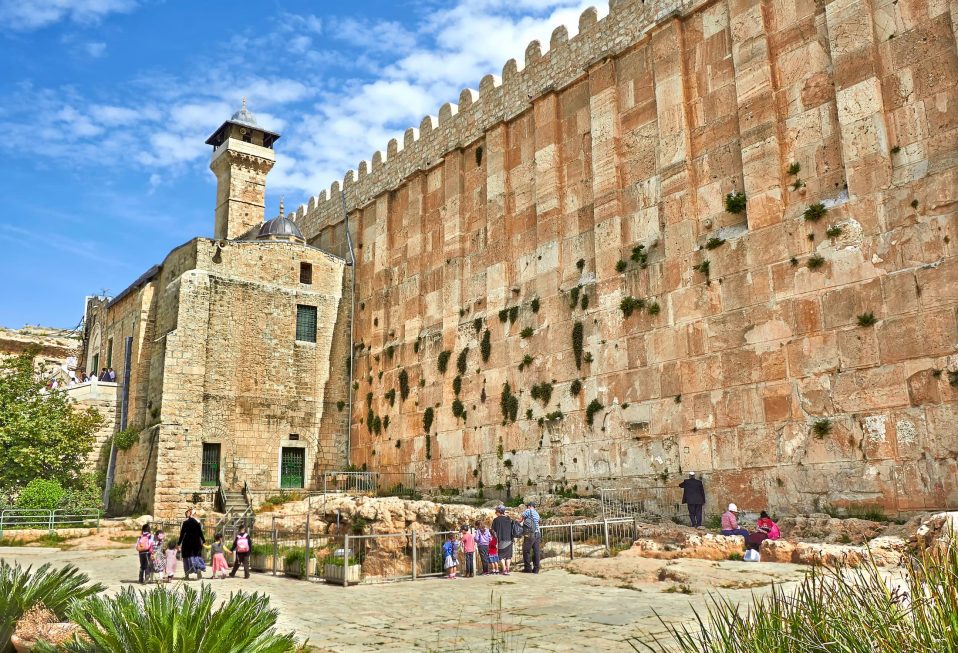 The city of Hebron played an important role, particularly within the Old Testament narratives. The city features prominently in the stories of the patriarchs, Abraham, Isaac, and Jacob, as well as Joshua and Caleb, and, eventually, David, who reigned for his first seven years at Hebron.

The prominence of Hebron within the Bible stems from its location along the major north-south road through the central hill country of Israel. Located 20 miles southwest of Jerusalem, Hebron sat at the juncture of two roadways that ascended from the basin of the biblical Negev. One came from Beersheva in the west, and the other came from Arad in the eastern Negev basin. These two roadways came together at Hebron, which sits at 3050 feet above sea level, the highest point in the southern hill country, in the heart of the tribal territory of Judah.

The hills and valleys around Hebron offer a fertile region with iron-rich soil that enables the growing of grape vineyards, olive trees, fruits, and terraced land for growing wheat and barley. Also, sheep and goats can be grazed in the surrounding region.

The ancient site of Hebron (Tel Rumeideh) sits on roughly seven and a half acres. A spring on the lower east slope of the tel provided the water for the city. To the east of the biblical tel sits the ancient shrine of the Machpelah, or the Tomb of the Patriarchs.

The building, whose basic structure dates to the first century B.C./A.D., is built over the cave that traditions ascribe that Abraham purchased to bury Sarah (Genesis 23). Tradition ascribes it as the burial location of Abraham and Sarah, Isaac and Rebekah, and Jacob and Leah. For this reason, the site has been revered since ancient times, and is a place of prayer for both Jews and Muslims. No significant excavations have taken place at the Machpelah.

Hebron played an important role in the stories of Abraham, who lived at Hebron, pitching his tent at the “oaks of Mamre.” Sarah died at Hebron, and Abraham, who was a nomad, purchased land in order to bury her there. The Israelite spies spied out the land near Hebron (Numbers 13).

The last reference to Hebron in the Bible is as the place of David’s initial reign as king of the tribe of Judah. When he was made king over all Israel, he moved from Hebron, where he had reigned for seven years, to Jerusalem where he ruled over the twelve tribes of Israel. David’s son Absalom instigated his rebellion against his father at Hebron (2 Samuel 15:7-10).

Your ticket for the: Biblical Israel: Hebron