Remembering 9/11 and Praying for Afghanistan 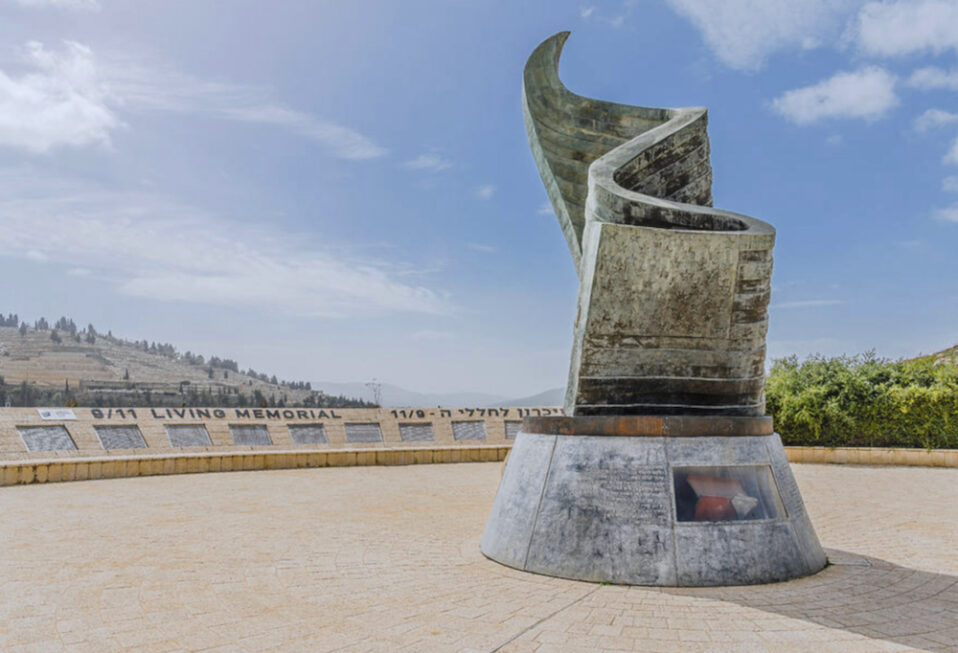 Saturday, September 11, 2021, marks the 20th anniversary of the terrorist flights of radical Islamic death and destruction that took place on a sky-blue Tuesday morning. The hijacked planes—United Airlines 175, American Airlines 11, American Airlines 77, and United Airlines 93—became weapons of hatred crashing into the iconic Twin Towers, the Pentagon, and a field outside Shanksville, Pennsylvania. That day was seared into our memories: the day of the biggest terrorist attack in American history.

It was all over in 102 minutes, from the time of the first crash and the disintegration of both towers, killing 2,997 people. Less than two hours changed our way of life, adding 9/11, al Qaeda, and the Twin Towers to our national vocabulary.

At the 9/11 Memorial in New York City, a quote from the Roman poet Virgil is emblazoned on one of the walls: “No day shall erase you from the memory of time.” Surely this is a truth.

It seems fitting to mention here that, in another demonstration of the strong friendship between our two countries, Israel is the only other nation that built a 9/11 memorial. Located 20 miles from Jerusalem, the memorial is a 30-foot-high bronze American flag that forms the shape of a flame to commemorate the flames of the Twin Towers. Metal scraps from the towers form the base of the monument. Completed in 2009, it includes the names of all who died.

Like the question asked for years after November 22, 1963, “Where were you when President John F. Kennedy was assassinated?” so September 11, 2001, took its place as a traumatic landmark in our national psyche. On 9/11, I was a part-time teacher’s aide in a Christian high school. The principal turned on his office TV when he heard the first reports. I ran there in time to see the second plane crash into the World Trade Center. Somehow, I knew right away it was terrorism. I returned to my students and announced as calmly as I could: “Class, our nation has just been attacked by terrorists. You will remember this day for the rest of your lives.” Our hasty withdrawal from Afghanistan will become another of those days seared into our memories.

After 9/11, ordering our military into Iraq and Afghanistan grew into 20 years of sacrifice from our patriotic troops and their families. Now, the Taliban takeover of Afghanistan has left many Americans—and the world—thunderstruck. With the ensuing sorrow, anger, and desperation, quick responses of mercy and rescue have emerged. Like the deeds of unity and courage on and after September 11, 2001, and 20 years of service from U.S. armed forces, we are now witnessing more valor: the unity of private NGOs rescuing Afghans and Americans who were left behind. It’s a testament to what is best in us being motivated by a spirit stronger than evil.

Numerous NGOs and 501(c)(3) ministries have interlocked their efforts to help rescue abandoned Christians, Americans, Afghan friends, and minority religious groups. After several weeks of rescue operations, where Glenn Beck’s audiences raised upwards of $30 million for the Mercury One missions, I interviewed Charmaine Hedding, founder and president of the Shai Fund, one of the rescue organizations. Since 2014, the Shai Fund has directly assisted over 100,000 vulnerable or persecuted people in nations worldwide, including Myanmar, Syria, Mozambique, Iraq, and Lebanon. When we spoke, I heard exhaustion and frustration in Hedding’s voice; nevertheless, her determination to keep moving forward was clear.

Hedding said of the decision to help: “When we realized what was happening, we felt compelled to join the effort. If it’s within your hands to do something you should do it.” She immediately connected with others in Mercury One and put together safe houses in Kabul, since the Taliban had already sent threatening letters to the Afghan Christian community. She noted, “We wanted to make sure the Christian community was not forgotten.”

She observed that it’s difficult to know how many Christians have been killed since August 15. “Many people started moving toward the airport and a lot of people ran into northern Afghanistan and over the border into Pakistan.” She went on to say, “Our priority of getting the Christians out was because we knew the Taliban was targeting and hunting them down.” She herself amassed the details for flight manifests for the U.S. State Department, which approved them, but she reveals one of the reports that said, “When it came to actually opening the airport gates, they would not let us through. That happened time and time again. One time when a group got through and waited for a flight, a marine colonel threw them right back out again.”

Hedding emphasized, “We are not going to stop. We still want to save as many souls as possible.”

Twenty years of mistakes, blunders, successes, deaths, and injuries will undoubtedly be discussed repeatedly in the coming years. However, the rescuers in the Mercury One coalition of private NGOs and military veterans understand reality: Lies are the Taliban’s native language and evil is their idol. Our military on the ground and in the air at Kabul’s international airport knew this too. Unfortunately, the United States commander-in-chief did not grasp the lies and evil that motivate terrorists. His decision limited our military’s capabilities, resulting in chaos and deaths, which began when he did not notify NATO allies prior to the United States abandoning Bagram Air Force Base.

Controversies are emerging about six planes awaiting clearance to take off from another airbase, Mazar-i-Sharif, to bring 1,000 Americans and Afghanis to safety. Congressman Michael McCaul (R-TX) on the House Foreign Affairs Committee told Fox News, “The Taliban will not let them leave.” While the U.S. State Department has cleared flights, a spokesperson said, “We do not have personnel on the ground, we do not have air assets in the country, we do not control the airspace—whether over Afghanistan or elsewhere in the region.” What will transpire at the airbase is still unknown.

Remembering the 20th anniversary of 9/11 on Saturday and now reeling from this calamity, not on our soil this time, but in our hearts and emotions, many are asking themselves, “What now?” For us as believers, our prayers must continue for service members past and present, Gold Star families, and NGOs still working to rescue those trapped in Afghanistan. Donations to a rescuing ministry are still needed. Many of them already work on behalf of persecuted Christians worldwide. Those left behind are suffering in Afghanistan and in many other nations under the hateful hands of cruel terrorists.

It’s a good time to remember that our Lord knows suffering because He experienced suffering for us. Now we have unconditional love and healing in our Savior’s nail-scarred hands.

2 Corinthians 5:21—“For our sake, He made Him to be sin who knew no sin, so that in Him we might become the righteousness of God.”

Please join us this week in prayer for Israel, Afghanistan, and the Middle East:

Your ticket for the: Remembering 9/11 and Praying for Afghanistan

Remembering 9/11 and Praying for Afghanistan