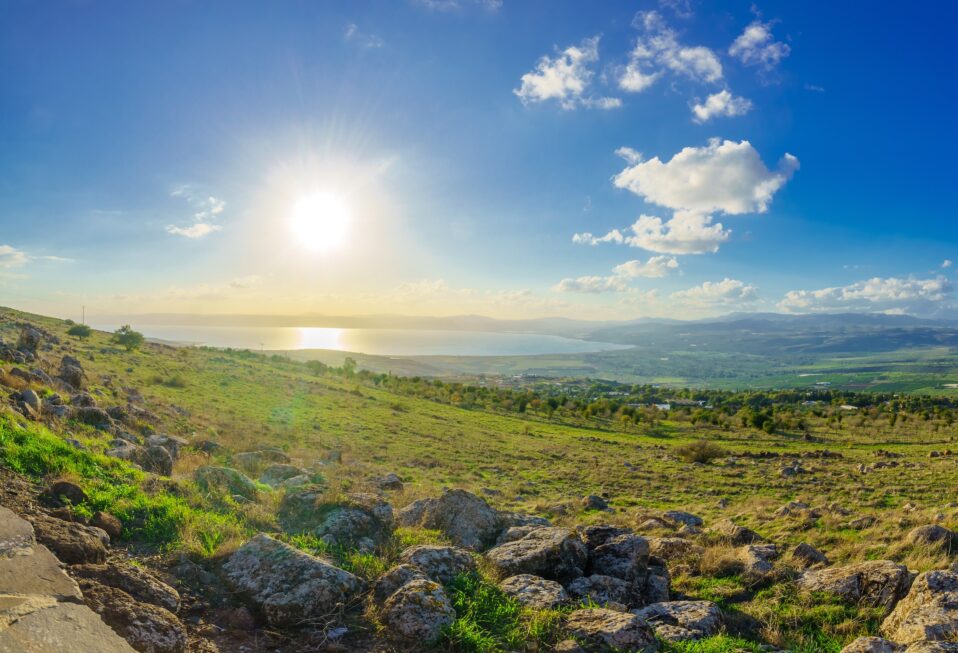 Galilee is the northernmost region of the central mountain range that runs like a spine (north-south) through the land of Israel. The mountains of Galilee have the highest elevations within the hill country, and therefore, offer the coolest temperatures along with lush vegetation.

Galilee divides into two regions, Upper and Lower Galilee. The names derive from the heights of the region, with Upper Galilee containing the high mountains (more than 3000 feet above sea level), while Lower Galilee has lower hills (the peaks remain below 2000 feet) and broad east-west valleys. The division and names initially appear in the first century, but such a division stands behind the order of towns within the region recorded in Joshua 19:35-38. The natural boundary separating Upper and Lower Galilee is the Beth-Haccerem Valley.

The Lower Galilee consists of a series of ridges running east-west that create valleys for passage between them. These passage ways proved to be incredibly important travel corridors as people moved both regionally and internationally through the Lower Galilee. To the east, the Galilee slopes down towards the Jordan Valley, the Huleh Valley (north of the Sea of Galilee), and the Sea of Galilee. The southern boundary of the Lower Galilee was the Jezreel Valley. In the first centuries B.C. and A.D., at times the Jezreel Valley was considered part of the Galilee, and other times it was not.

The Galilee served as the center of Jesus’ life and ministry. He grew up in Nazareth, which sat in the heart of Lower Galilee. He traveled throughout the Galilee preaching, teaching, and healing in the villages of the region.

He travelled from Nazareth to the Sea of Galilee via the Beth-Netofa Valley, an east-west valley that provided travel from the Mediterranean coast to the Sea of Galilee. Jesus turned the water into wine (John 2:1-12) and healed the nobleman’s son in Cana, which sits in the Lower Galilee. When Jesus travelled to Jerusalem for pilgrimage, he went through the Lower Galilee.

Your ticket for the: Biblical Israel: Galilee