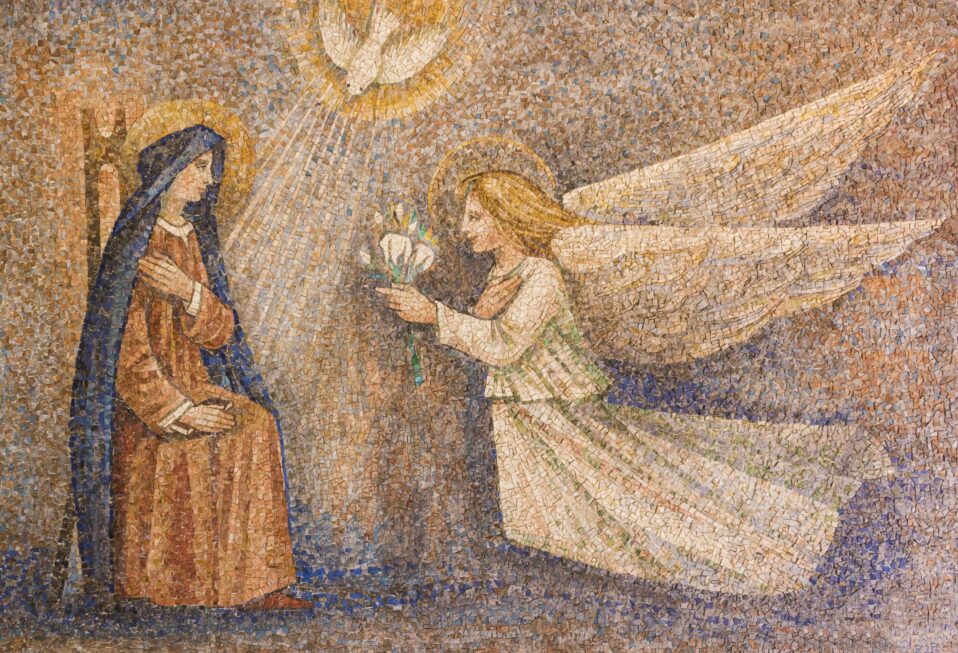 Then Mary said to the angel, “How can this be, since I do not know a man?”

And the angel answered and said to her, “The Holy Spirit will come upon you, and the power of the Highest will overshadow you; therefore, also, that Holy One who is to be born will be called the Son of God. Now indeed, Elizabeth your relative has also conceived a son in her old age; and this is now the sixth month for her who was called barren. For with God nothing will be impossible.”

Mary lived in a land under foreign Roman rule. If the God of Israel alone was God, how could this be? The Jewish people yearned for God’s redemption. But, against the might of Rome—how would that happen?

Then the angel Gabriel appeared to Mary. He announced a message to her that had been anticipated and hoped for by many. So, on the one hand, she was prepared to hear it and receive it—she would be the vessel of God’s redemption by giving birth to His Son. However, there was one problem: She was a virgin. “How can this be, since I do not know a man?”

Gabriel then proceeded to relay how this would be accomplished, concluding with the reminder, “For with God nothing will be impossible.” The Jews found themselves in a difficult and dark period looking for God’s redemption—how will this be? Mary, a virgin, asked the same question—how will this be? The answer is: With God nothing will be impossible.

Mary’s story and Israel’s in a way are intertwined. How can this be? A virgin and an enslaved people—with God nothing is impossible. He always provides a way. He entered the story. Mary responded to Gabriel’s message by saying: “Behold the maidservant of the Lord! Let it be to me according to your word.” She didn’t understand how it would happen, but she trusted in God. She submitted to His will.

Throughout the Bible, God showed up to deliver His people. He sent messages of hope in the darkest circumstances. When things seemed impossible, He sent deliverance. The annunciation of the birth of Jesus to Mary proclaims that He is with us.

This holiday season some of us find ourselves in impossible and hopeless situations. If not us, we know someone who is struggling. And while we may not have the solutions ourselves, we can trust that “with God nothing will be impossible.” Will we choose to trust and submit to God, even when we don’t know how it will happen? Will we serve Him even when the situation seems impossible?

Redemption comes through obedience. Mary trusted God and submitted to His will. Her choice led to the redemption of the world. Do we trust God regardless of the appearance of our external circumstances? Will we obediently submit to His will for Him to bring hope and deliverance in our lives and those around us?

Father, thank You for sending Your Son. Despite how difficult the circumstances appeared, You made a way. Lord, may we submit to You and help bring Your light, hope, and redemption to our world. Amen.

Your ticket for the: Weekly Devotional: The Annunciation