In 2022, Israelis Are Staring At Some Good News and Some Bad News 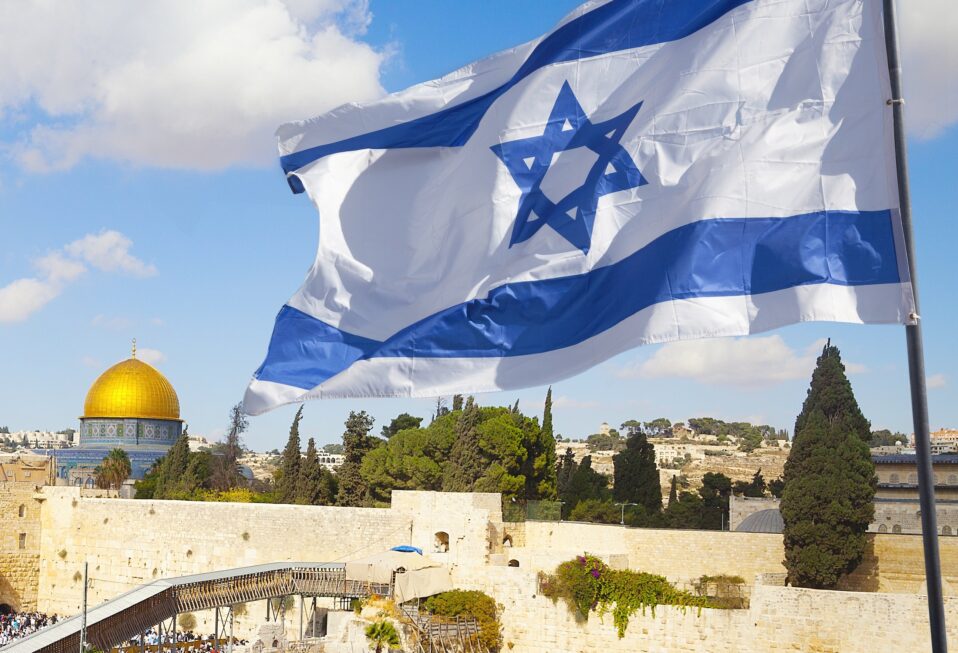 Most of us have used the idiomatic expression, “What do you want to hear first—the good news or the bad news?” One psychological study showed that most respondents preferred the bad news first, thinking that ending with the good news produced a better mental outlook in the long run.

Israel has already celebrated one new year, Rosh Hashanah, on their Hebrew lunar calendar. They entered year 5782 on the evening of September 6. Now at the threshold of the Gregorian (Western) calendar, they face a number of significant challenges while also having much to celebrate.

In keeping with the psychological study, let’s first look at just two of countless “bad news” topics Israel faces in the waning days of 2021. As the world’s only Jewish state, Israel is uniquely vulnerable with regard to security. And Iran, the world’s most prolific sponsor of terror—situated a mere 1200 miles away—occupies huge slices of ongoing strategic planning among Israeli civilian and military leaders. Among the bad news topics: the Biden administration’s goal to keep pushing the talks in Vienna to restart the doomed 2015 Joint Comprehensive Plan of Action (JCPOA).

The U.S., Israel, and our Middle East allies are dealing with a new, more radical Iranian president: Ebrahim Raisi. Due to his murderous crackdowns on civilians in the capital, he was nicknamed the “butcher of Tehran.” To that distinction, add in Iran’s recent surface-to-surface and intercontinental ballistic missiles testing—16 of them. With a range of between 220 and 1250 miles, these deadly weapons can hit the nation of Israel and U.S. bases in the region. Nuclear-tipped missiles are not out of the question, if and when Iran reaches its desired goal of nuclear weaponry. A war game drill called the “Great Prophet 17” showed off swarms of Iran’s drones dropping bombs with pinpoint accuracy.

The pandemic poses threats of another kind. For almost two years, COVID-19 and its mutations have played havoc with Israel’s population of 9 million, 75% of which is Jewish. According to the Worldometer, as of this writing the geographically small, compact nation has seen a total of 1,364,966 cases and 8,242 people have died.

Indeed, COVID has directly disabled Israel’s tourist industry. For the month-long period between November 28 and December 29, 2021, no tourists were allowed to enter the country—including tourists from the United States. Contrast that with the 5 million visitors who filled restaurants and hotels in 2019. While the tourism industry is only 2.5 percent of Israel’s economy, it is the lifeblood of small businesses, hotels, tour guides, buses, and restaurants for the Jewish, Israeli Arab, and Palestinian Arab communities.

COVID controversy has somewhat infected relationships between Christians and Jews, as well. For example, Israel has granted entrance to the popular “Birthright” program (that provides free trips to Jewish youths from other nations) while banning Christian groups—groups that migrate annually to Bethlehem and other venerated Christian locations to celebrate Jesus’ birth. Some Israeli Christian leaders have used the word “discrimination” against Israel—a nation known for its welcoming religious freedom. These decisions are enacted even with an estimated 63 percent of Israelis having been vaccinated. Hopefully, these decisions will eventually be “water under the bridge.” Another idiom—to leave the past behind.

With security and health realities at the top of the “bad” list, the “good” list is reflected among countless treasured Bible verses. The psalmist declares, “For the Lord is good; His mercy is everlasting, and His truth endures to all generations” (Psalm 100:5). God’s faithfulness is good news! The fact is that Israel has survived for thousands of years and since 1948, as the modern Jewish nation is the focus of the world’s attention almost daily.

Israel is astounding as the only nation in the world that speaks its revived ancient language—Hebrew—and the statistics about Jerusalem are miraculous. Attacked 52 times, captured and recaptured 44 times, besieged 23 times, and destroyed twice, it is now a thriving city of 901,302 people and one of the oldest capitals in the world.

Although tourism is languishing, with negative effects on a significant swath of citizens, Israel’s overall economy is impressive. A Dun & Bradstreet report shows that Israel outpaced the world average of 5.9% economic growth, with such growth reported at 7 percent. Not surprisingly, Israel’s high-tech industry is the mover and shaker in that regard.

From 2020 until well into 2021, the Abraham Accords can be expressed in another idiom—they are a “breath of fresh air,” good news in the Middle East. The winds blowing between Israel and the UAE are refreshing now with an exchange of official ambassadors. Cooperative efforts in business, technology, travel, and health are unfolding also in Bahrain and Morocco.

Also as part of the Abraham Accords, another nation has resumed its diplomatic relations with Israel. Marking the first anniversary of their alliance, Morocco’s King Mohammed VI announced that his nation will renovate hundreds of synagogues, cemeteries, and Jewish heritage sites and revert to the original names of some of the country’s Jewish neighborhoods. Jews have lived in Morocco since ancient times with a mixed history, yet ties were maintained between Israel and Morocco. In 1963, some 100,000 Moroccan Jews emigrated to Israel. The strengthened ties bode well for a better relationship than ever.

Let us now revisit the good news/bad news idiom. Several Bible passages are reminders of the realities we all experience in varying degrees. Whether we live in Israel, the United States, or any other nation, as believers we can draw reassurance from Jesus in John 16:33: “These things I have spoken to you, that in Me you may have peace. In the world you will have tribulation; but be of good cheer, I have overcome the world.”

It is easy to pine for the “good old days,” yet another idiom. Nevertheless, in Jesus someday the good days will be every day in our eternal homeland.

Although we may have heard or repeated this Bible verse a thousand times, its depth only increases and overcomes the bad news of this world like never before. The good news is summarized succinctly in John 3:16: “For God so loved the world that He gave His only begotten Son, that whoever believes in Him should not perish but have everlasting life.”

Happy New Year 2022 from CBN Israel to all our friends worldwide!

Please join with us in prayer this week:

Your ticket for the: In 2022, Israelis Are Staring At Some Good News and Some Bad News

In 2022, Israelis Are Staring At Some Good News and Some Bad News