United Nations: No Valentines for Israel 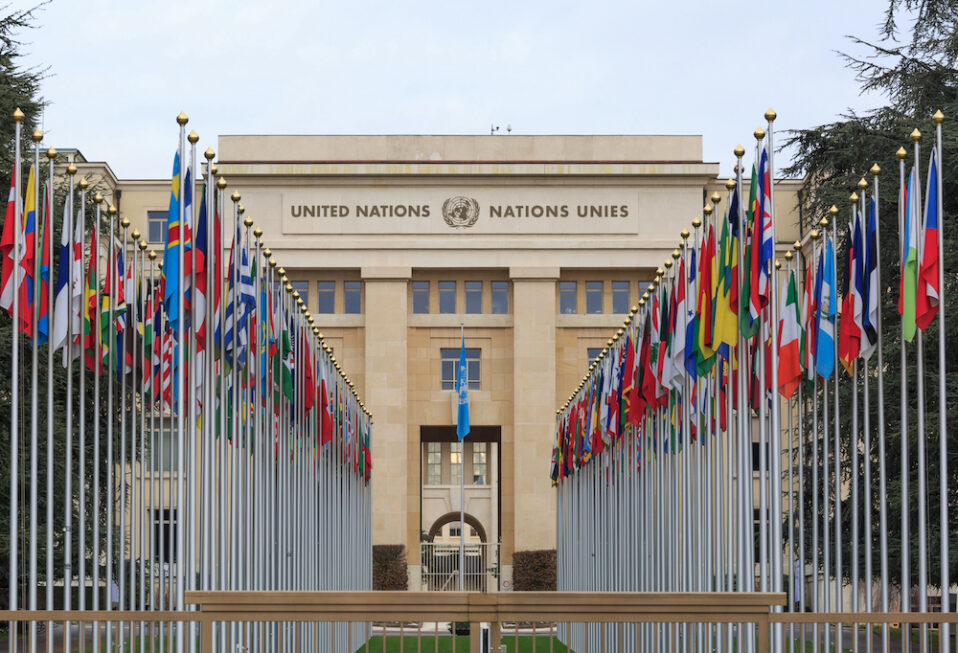 For Valentine’s Day this past Monday, Americans rushed to buy flowers, candy, and greeting cards for loved ones. That same day, the United Nations watchdog, UN Watch, sent another kind of greeting calling out the recently established Commission of Inquiry on the Occupied Palestinian Territory (COI) at the United Nations. The so-called Commission puts Israel under a magnifying glass of constant investigation. The COI’s permanent inquiry has singled out Israel among the 193 U.N. members; no other nation has been forced to tolerate this extraordinary level of destructive attention. Not North Korea, not China, not Iran. Take a moment to absorb this fact: Since 2015, the U.N. has condemned Israel an unprecedented 112 times, North Korea, 6, and Iran, a paltry 5.

UN Watch, an independent non-governmental organization, is an excellent watchdog of U.N. activities. Canadian-born lawyer Hillel Neuer is the executive director of the organization, which was founded in 1993 and is based in Geneva, Switzerland. About the COI, Neuer explains, “It is unlimited in its scope. … [It is] systemic discrimination … to accuse Israel of being a racist state.” The COI’s three-member team was allocated several million dollars and a staff of 20 to prepare its first report due in June 2022.

Neuer has launched an online petition calling on Navi Pillay, the chair of the Commission of Inquiry, to resign. With signatures increasing, you may want to add your signature and consider it a Valentine to Israel! UN Watch has plenty of facts in its legal brief, a 30-page complaint, to justify its demand for Pillay’s resignation. She is a former U.N. human rights commissioner and a retired South African judge. However, the impressive titles cannot hide the underlying facts that prove her inability to run the commission with a fair and unbiased perspective.

The first red flag appeared early on with Pillay’s omission of prior statements she’s made about Israel that are sure to indicate her opinions going forward. International law requires fact finders to be impartial. Here is a small sample of Pillay’s opinions. She signed a petition, “Sanction Apartheid Israel,” that was authored by the South Africa Boycott, Divestment and Sanctions Coalition. A UN Watch study revealed that between September 2008 and June 2010, Pillay made “nine [negative] statements on Israel, the only democracy in the region, but none on the human rights violations of 146 countries, including nothing on such gross violators as North Korea … and Sudan.”

Further, Pillay describes Israel’s treatment of Palestinians as “inhuman.” In a June 2021 letter to President Biden, she accused Israel of “domination and oppression of the Palestinian people.” It is obvious that Pillay’s selection to the COI was not based on fairness. The appointee selection guarantees the United Nations’ hoped-for result as another series of condemnations and denigration against the world’s only Jewish state. Recusing herself is the right action to take.

While exploring the COI, let us take a short tour of the members of the United Nations Human Rights Council (HRC). CNSNews reported last October in the lead-up to HRC elections that the number of “free” nations on the HRC is shrinking. Out of 47 nations, only 14 are considered “free.” Those designated “not free” include the likes of China, Cuba, Libya, Somalia, Sudan, and Venezuela.

In these nations and others like them, human “wrongs” rule the day, not human rights. Having their representatives sitting at the table in the COI’s Geneva, Switzerland, headquarters seems like a travesty.

Nikki Haley, who served as U.S. Ambassador to the United Nations from 2017 to 2019, recalled her unsuccessful efforts to reform the HRC: “Right now, you have every murderer, dictator and thief on that council.” That remains true.

The United Nations itself lists these as basic rights for every human being: the right to life and liberty, freedom from slavery and torture, freedom of opinion and expression, the right to work, and education. The World Population clock changes every second, but at this writing it is 7.9 billion people. The Thompson Reuters Foundation in 2016 estimated that “a third of the world” lives in nations without freedoms. These numbers are all but incomprehensible.

Nevertheless, those of us who enjoy the blessings of living in freedom have a duty in following our Lord to bless others as we are able. Remembering Jesus’ affirmation of the widow’s mite lets us know His pleasure when we give to others, especially sacrificially. And Psalm 82:3 urges us to “Defend the poor and fatherless; do justice to the afflicted and needy.” Excellent organizations help provide human rights by giving humanitarian aid throughout the world. CBN’s Operation Blessing and Samaritan’s Purse are at the top of my list, both here at home and abroad.

While overlooked at the United Nations, Israel’s humanitarian aid covers the world with help in crises produced by natural disasters, famine, and poverty—and extends to providing training in superior agricultural methods. Israel does not consider any religion or skin color as a barrier to mercy. Embedded in Israel’s culture is a concept called tikkun olam—“repairing the world.” The U.N.’s “human wrongs” nations would do well to imitate Israel rather than create a Commission of Inquiry to investigate one of the world’s most humanitarian nations.

The COI would also do well to investigate how the Palestinian Authority (PA) oppresses its own population, as reported by The Jewish Institute for National Security of America (JINSA). One JINSA article asserts that the PA has long sought to keep the Palestinian people “poor and powerless while enriching its apparatchiks and functionaries with villas and cars,” as confided by a former political director in President Mahmoud Abbas’s office. Polls show, in fact, that 80 percent of Palestinians believe the PA is corrupt and neglects their fundamental rights.

Andrei Sakharov (1921-1989)—Soviet nuclear physicist, dissident, peace activist, and Nobel laureate—once said, “A country which does not respect the rights of its own citizens will not respect the rights of its neighbors.” It is long past time for the United Nations to heed that advice and investigate and rehabilitate the nations riddled with human wrongs and kick them off the Human Rights Council. Stop the hypocrisy and place freedom-loving nations on the HRC.

Join with CBN Israel to pray this week from Isaiah 1:17—“Learn to do well; seek judgment, relieve the oppressed, judge the fatherless, plead for the widow.”

Your ticket for the: United Nations: No Valentines for Israel

United Nations: No Valentines for Israel