Iran Negotiations 2022: Landmark or Land Mine? 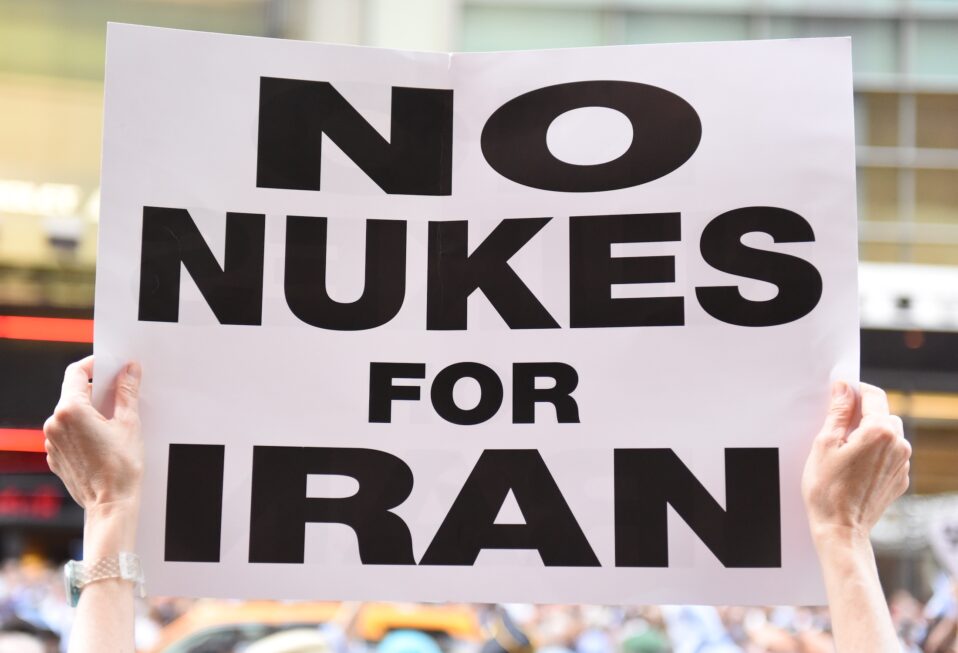 President Obama and Vice President Biden viewed their 2015 Iran deal as a landmark agreement, believing it to be the best way to rein in Iran’s nuclear ambitions. The last seven years, however, have shown it to be quite ill conceived—a veritable land mine, in fact. And there’s plenty of blame to go around concerning the “bad Iran deal,” as it came to be known among many Americans and Israelis.

In simple terms, U.S. negotiators incorrectly used a foreign policy strategy of “carrots and sticks,” the idea that the correct blend of incentives and punishments can convince nations to alter their policies and behavior. Unfortunately, the American team wanted to believe that Iran would keep any agreements made, even though Iran is the world’s most prolific purveyor and state sponsor of terrorism. U.S. negotiators offered Iran a ton of carrots first, often neglecting the sticks in its diplomatic basket.

John F. Kennedy once observed, “There comes a point where you see no evidence that the carrot and diplomacy are working.” Yet the Iran negotiators, past and present, have consistently ignored the most reliable indicator of Iran’s compliance. Prominent in Shia Islam’s religious teaching—which Iran follows—is the concept of taqiyya (dissimulation and concealment). Deception and lies are allowed when dealing with enemies according to the Quran.

In Iran’s long litany of complaints against the two allies, the U.S. is called the “Big Satan” and Israel the “Little Satan.” But Iran’s decades of threats against the U.S. and Israel are not merely words. Today, 43 years later, Iran still celebrates both its 1979 Islamic Revolution victory and its takeover of the American Embassy in Tehran that same year, when more than 50 Americans were held hostage for 444 days. “Death to America” and “Death to Israel” are often-shouted chants at these celebrations.

Among those attending this year’s festivities were foreign ministers from communist Cuba and from Venezuela, which is run by a dictator who has ruined the once-wealthy nation. Both nations are allies of Iran. It is said that 1,500 Iranian cities and 30,000 villages celebrated this year’s anniversary victory. Why would so many join in the celebrations, since the Iranian leadership spends so much on its nuclear quest rather than everyday needs of its citizens?

In fact, Radio Free Europe reports that teachers in more than 100 Iranian cities are protesting their low wages. In 2017, citizens protested the high cost of living; in 2019, protests were against gasoline prices; in 2021, the concern was water shortages. Despite facing possible arrest, imprisonment, and shootings, the protestors continue their uprisings. In a document leaked from the Iranian Revolutionary Guard Corps, Radio Free Europe’s Radio Farda said the rising discontent in Iran might be nearing a “state of explosion.” They also reported that Supreme Leader Ayatollah Ali Khamenei admitted: “U.S. sanctions were not the only cause of Iran’s economic woes.” He went on to say that government mismanagement was a problem, blaming bad decisions by previous governments.

Taqiyya—concealment—is not the only facet of Iran’s negotiating strategy. Iran’s apocalyptic Imams view their highest goal as obeying Allah. That means welcoming their Islamic religious leader, the 12th Imam (Mahdi in Arabic), to establish a worldwide caliphate in which everyone becomes Muslim. Most Shiite Muslims believe that the 12th Imam, who was born in 868 A.D., was put into hiding in 941 A.D. and will remain there until judgment day. That makes Christianity and Judaism targets, which also has significant repercussions for the U.S. and Israel.

Overlooking Iran’s compelling force of Shiite religion, the U.S. and other nations are feverishly working to resurrect the 2015 Iran deal in Vienna, Austria. Negotiators are currently on the eighth round of talks since April 2021, when the Biden administration reopened them. Between Iran, France, Germany, China, Britain, and Russia, the talks are like a clever game of chess. Although Iran and India argue about who invented chess (ancient Persian writings mention chess), Iran is an expert with clever hidden strategies played with some who desperately want a deal no matter what. Iranian leaders are skilled at taking advantage of Western appeasement.

Unwilling to comprehend and/or investigate Iran’s religious motivation for gaining world superiority, the negotiating nations cannot seem to understand that they are not dealing with a country that genuinely wants peace. The European Union serves as the chair; Communist China and Russia have seats at the table. The U.S. is only indirectly involved because Iran refuses direct talks with the U.S.—they will not sit at the same table. Now, Britain and France function as go-betweens with the U.S. Special Envoy for Iran, Robert Malley, one of the lead negotiators in the 2015 Joint Comprehensive Plan of Action (JCPOA).

Unrest is showing on the U.S. team, and rightly so. On January 24, Richard Nephew, the U.S. deputy special envoy for Iran, left the negotiating team because he considers that tougher talks are crucial to making progress. The Hill reports that two other unnamed members of the team may resign for the same reason.

In closing, when a Shiite Muslim theocracy is interested in taking over the world with a nuclear threat in its arsenal, we can be sure that its people will remain at risk. On February 9, All Arab News reported more troubles about Iran, which is bragging about its Khaybar-Shekan missile that travels 900 miles. It has been dubbed a “castle buster,” referring to a battle where Muslims overran a Jewish castle hundreds of years ago. The “castle buster” can reach Israel and some of our U.S. bases in the region.

Lieutenant General Michael Kurilla, the nominee to lead U.S. Central Command, testified in Congress: “Renewed [JCPOA] negotiation efforts must consider the significant changes that have occurred in the security and geopolitical environments since the 2018 American withdrawal from the agreement.” He also noted that the Biden administration’s sanctions waiver to Iran means that “Iran will increase its support of proxy and terrorist groups that target U.S. forces in the region.” That means Yemen, Syria, Hezbollah, Lebanon, and Hamas in Gaza.

Let us pray together that the Vienna negotiators will remove the basket of carrots for now, adhere to Lt. Gen. Kurilla’s briefing, and restrict Iran’s missile development. Why? One of the biggest carrots in the “bad” 2015 Iran deal did not include Iran’s intercontinental ballistic missile program. No restrictions! A wide-open path to harming Israel and our military personnel in the region! Will Iran achieve nuclear-tipped missiles next?

We invite you to join CBN Israel this week to pray for Israel, Iran, and the Middle East:

Your ticket for the: Iran Negotiations 2022: Landmark or Land Mine?

Iran Negotiations 2022: Landmark or Land Mine?