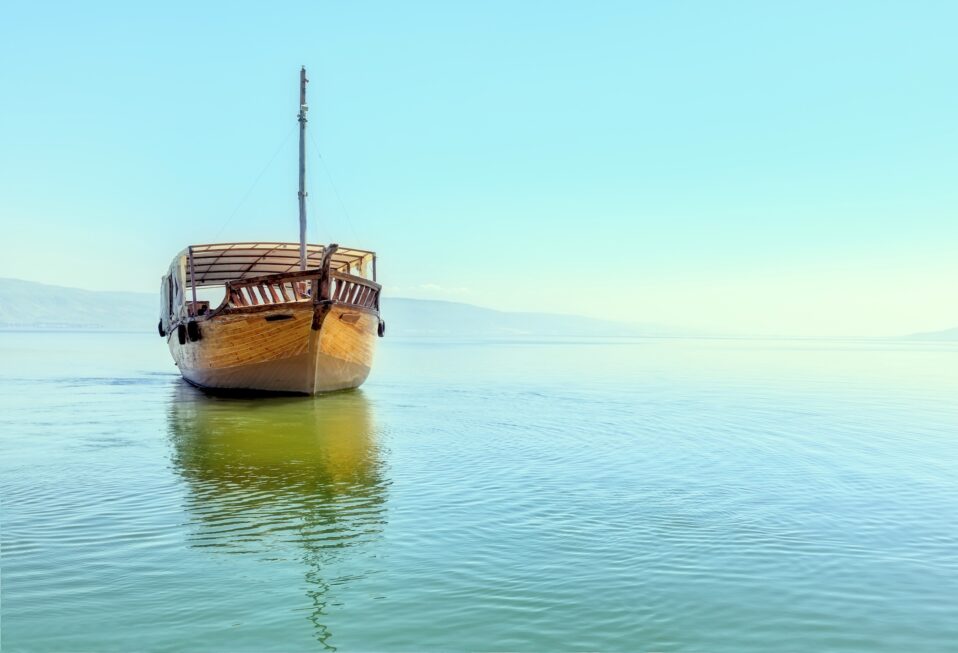 Hills surround the lake on its western, northern, and eastern sides. To its south, one finds the continuation of the Jordan River Valley. On its northwest and northeast corners sit two fertile valleys into which water runoff from the surrounding hills flow. The northwest valley is known as the Gennesar Valley, which the first century Jewish historian Josephus says was the name given to the lake by the locals (see Luke 5:1). The valley on the northeast side of the lake is the Bethsaida Valley, so called for the ancient site of Bethsaida, the home of Jesus’ disciples Peter, Philip, and Andrew, which was located in the valley along the shoreline of the lake.

The Bethsaida Valley, while fertile, has three large water tributaries, including the Jordan River, flow through it, which made it more challenging for travel by foot. Two of these tributaries flow out of the Golan Heights feeding the water of the lake along with the Jordan River. Between the Gennesar Valley and Bethsaida Valley ninety-five percent of Jesus’ ministry recorded in the Gospels took place. He fed the 5,000 in the Bethsaida Valley (Luke 9:10). Within this area, one finds the villages of Capernaum, Chorazin, and Bethsaida, which Jesus cursed (Luke 10:13-16).

South of the Gennesar Valley sits the modern city of Tiberias, which was built by Herod Antipas, the son of Herod the Great, in the year 19-20 A.D. Antipas moved his administration from Sepphoris to Tiberias, which was where he resided during the ministries of Jesus and John the Baptist.

The lake itself provided a fishing industry for the locals. The water off the Bethsaida Valley provided excellent fishing, especially for the local tilapia. People used the lake not only for fishing, but also for travel. Both Josephus and the Gospels indicate that people traveled around the lake by boat much more than they did by foot.

The Gospels record the sudden storms that occur on the lake. The topography of the surrounding hills and canyons create wind funnels across the lake, particularly the northern part of the lake. Storms on the Lake of Galilee are serious, especially the wind storms that blow in from the east off the Golan Heights down onto the lake. The easterly wind storms that hit the land of Israel are quite severe, and even in the present day, can cause damage to property and agriculture, even the loss of life. These easterly winds are known as sharkia, from the Arabic “shark” (east). They are most prevalent from October-May. They turn the lake’s waters into churning, violent swells, easily 10 to 12 feet high.

The Lake of Galilee provides the setting for many of the stories in the Gospels, sayings and actions of Jesus. On its shores, He taught the people about the kingdom of Heaven and performed many miracles.

Your ticket for the: Biblical Israel: Sea of Galilee