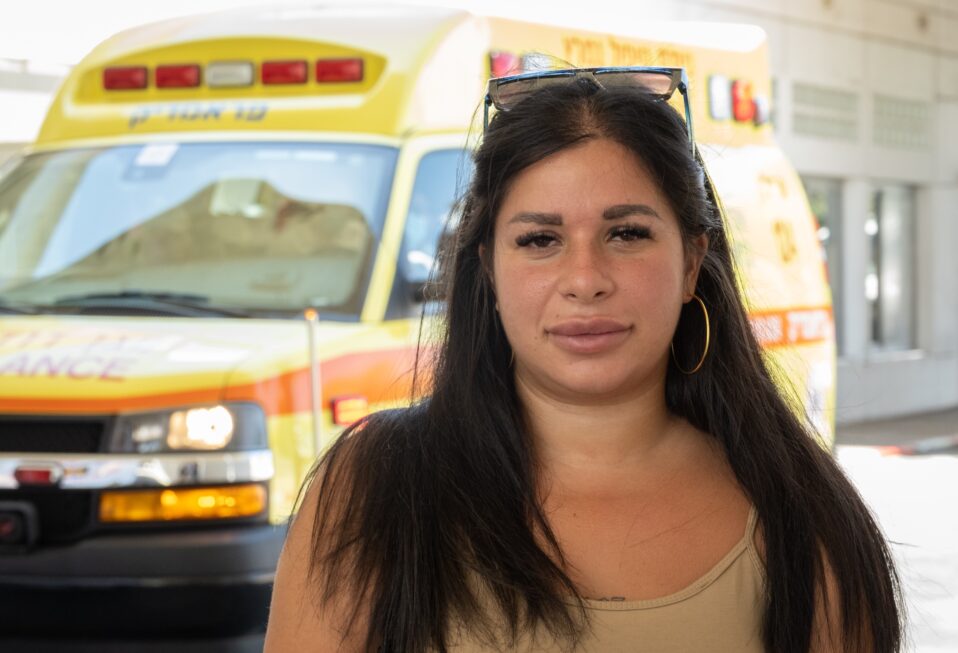 The air was filled with red-alert sirens. People were frantically rushing to nearby bomb shelters. This was Irena’s life in the city of Holon near Tel Aviv, during a conflict with Hamas terrorists in Gaza. She was 48, a single mother to her daughter Suzanna—and their city was in the flight path of the rockets that bombarded their community.

One day, Suzanna feared for her mother’s safety, and begged her to stay home from work. But Irena was needed on the job. On her way there, the sirens wailed, and she noticed a mother trying to get her two children out of the car to safety. Irena stopped and ran with them for shelter, but a missile exploded. The blast ripped through Irena’s leg, as shrapnel pierced her head and back.

Rushed to the hospital, Irena was in critical condition. They stabilized her, amputating her leg to save her life. Still, she was in serious condition, under heavy medication, battling infections and comas, and due for another operation.

But friends like you were there, providing them with emergency relief funds—as well as offering trauma counseling. Suzanna said gratefully, “Thank you… We were so in need of money after Mom was hurt. I could not pay her rent and bills and would worry about what would happen.”

Your gift to CBN Israel can provide help to many terror victims—as well as Holocaust survivors, refugees, single mothers, lone soldiers, and more. The pandemic has intensified the needs across the Holy Land. Your generous support can bring groceries, housing, financial aid, and essentials to the hurting.

Please join us in reaching out today!

Your ticket for the: Victims of Terrorism: Irena and Suzanna’s Story