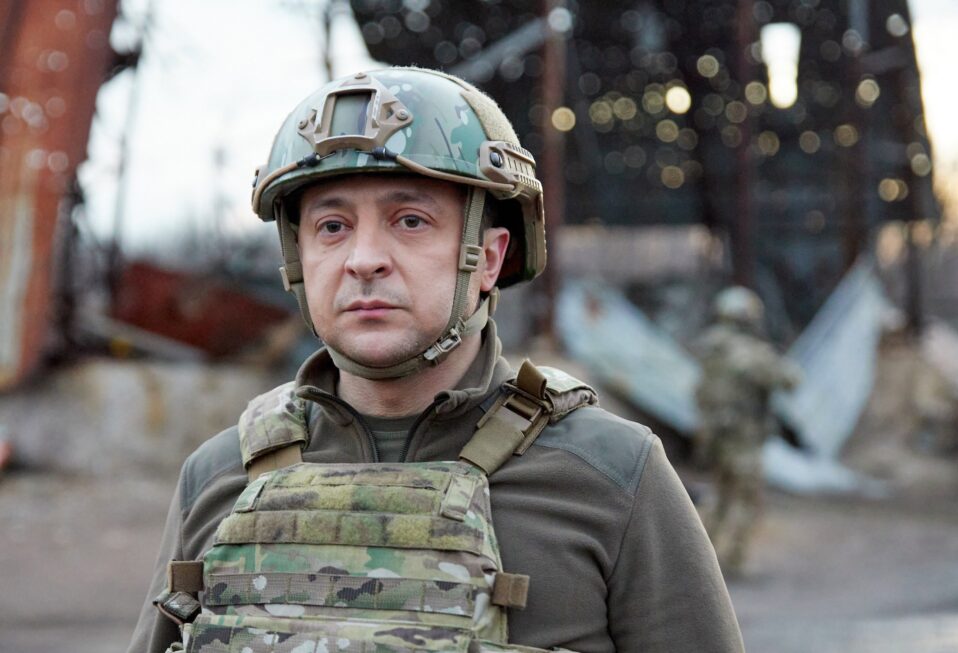 Ukraine has enjoyed freedom ever since 1991, when it crawled out from under the collapse of the Soviet Union. Putin’s callous disregard for Ukraine’s population is a grim reminder of Joseph Stalin, one of the world’s most monstrous killers, who ruled the Union of Soviet Socialist Republics (USSR) from 1929 to 1953. It is as if Putin has taken on Stalin’s mantle of murder.

Beginning in the 1930s, Stalin executed a million of his citizens, a number that scholars estimate grew to between 20–60 million people during World War II. It happened through both world wars and the Cold War, and now it’s happening again: Europe is facing a chaotic, complex eruption of evil that threatens the entire continent. And it’s taking place while our world is still reeling from the consequences of the COVID-19 pandemic, a plague of sorrow and uncertainty.

However, during the last 30 years Ukraine—the second-largest European country—has enjoyed another kind of outbreak, one that helps sustain it today: It is the largest missionary-sending nation in Europe. While religious preference is practiced among Catholics, Jews, Muslims, and Christians, it has mostly rested historically in the Orthodox Christian denomination. Now, a vibrant evangelical sector is scattered among Ukraine’s 43 million citizens.

The Southern Baptist International Mission Board (IMB) has played a significant role even under communism, when Ukraine had the second-largest Baptist community in the world, behind only the United States. IMB missionaries from the United States planted churches, taught in seminaries, and shared our Lord Jesus throughout Ukraine. Their ministry has resulted in a Christian force of faith among Ukrainians who capably and devotedly share and stand on their faith at home and abroad. The stability and strength of the Ukrainian Christian community is much needed, since Ukraine—like many other nations—is dealing with corruption and all the other challenges facing the nations of the world.

It is difficult to determine numbers in the current chaos, but stories are emerging about pastors, their congregations, and other Christian ministries that have chosen to remain in their country as an expression of their faith. Examples include Ukrainian Baptist Theological Seminary in Lviv, where in 2013 only 40 students were enrolled. By 2019, the enrollment had grown to nearly 800—Christians who were preparing to become pastors or missionaries to other nations in Europe and Asia.

Now, the seminary is assisting refugees on their way to the Polish border. In an interview, seminary president Yaroslav Pyzh commented that they feel a special kinship with Gideon’s story in the Bible, since they are a small army going up against a great one and “have a disadvantage in everything.” Yet graduates from the seminary are returning to help, along with currently enrolled students switching from “studying to serving.” Since Sunday, they had helped around 500 refugees, mostly women and children—providing food, clothing, and a resting place on their journey. Pyzh and his wife are housing some refugees in their home and he is recruiting other citizens to do the same. He is maintaining a list of the refugees in the hope that they can be traced later to reunite with their Ukrainian families.

Another example of faith in action is beloved Pastor Gennadiy Mokhnenko, who founded the Republic Pilgrim in 2000. It has become the largest rehabilitation center for children in Eastern Europe. Four thousand street children have passed through the doors where help and hope have thrived. Pastor Gennadiy is himself the father of 38 kids, three of them biological. He is revered throughout Ukraine and abroad for his compassion for neglected, at-risk children. It came to my attention that, last weekend, Pastor Gennadiy undertook a rescue of children from Republic Pilgrim in eastern Ukraine and took them cross country to an unnamed border. Rather than crossing over with them, he returned to help others.

The courageous Ukrainian Christian community is joined by Christians worldwide—both individuals and organizations, large and small. CBN’s Operation Blessing is on the ground in Ukraine and along its borders providing critical relief to those in need. Samaritans Purse is operating in Moldova on Ukraine’s southwestern border. A Youth with a Mission (YWAM) base in Cluj, Romania, is giving aid and support to Ukrainian refugees fleeing their county.

Respected Christian organizations located in Israel are mobilizing aid. CBN Israel is already reaching out to Jewish refugees desperately fleeing to Israel from Ukraine. The Jewish Agency for Israel has asked the International Christian Embassy Jerusalem (ICEJ) to help Jewish Ukrainians make Aliyah (immigrate) to Israel. Founded in 1980, ICEJ has already actively aided some 45,000 Ukrainian Jews to settle in their ancestral homeland during the last few decades.

Israel’s Diaspora Ministry has already pledged $3.07 million in aid, saying: “This decision comes from the unique mandate of the State of Israel, and in particular, its Diaspora Ministry, as the nation-state of the Jewish people, to support Jewish individuals and communities in harm’s way.” IsraAID, one of Israel’s expert NGOs, is already on the border of Moldova to provide relief and mental health support for Ukrainian refugees.

Trusted Christian media is important, yet prayer is the most critical component to all that is happening in the world. Christians worldwide are not only finding ways to donate to reliable institutions, but they have mounted prayer vigils in person, on Facebook, and via Zoom. Individuals, families, and churches are joining together in prayer for the people of Ukraine. In an interview, Olga Buznitska—who is on the staff of CBN’s Orphan’s Promise—made this profound statement: “Keep praying. Your faith can create history.”

Ukraine’s Jewish President, Volodymyr Zelensky, is the grandson of Holocaust survivors. He made a comment early on in the Russian invasion, when the Biden administration offered to help him leave Ukraine. His stirring, no-nonsense reply will take its place in military history. Wearing his uniform, standing with a group of his soldiers, he observed, “The fight is here. I need ammunition, not a ride.” His comment is one that Christians can take to heart in our walk here on earth. Our “ammunition” is the Holy Spirit, the Bible, and unified fellowship with other believers. That is where we derive our hope and our courage in a chaotic world, which only the God of the universe knows the beginning from the end.

Join CBN Israel this week in prayer, including these Bible verses for Ukraine and all nations directly impacted:

Your ticket for the: Ukraine: Overcoming Darkness with Light