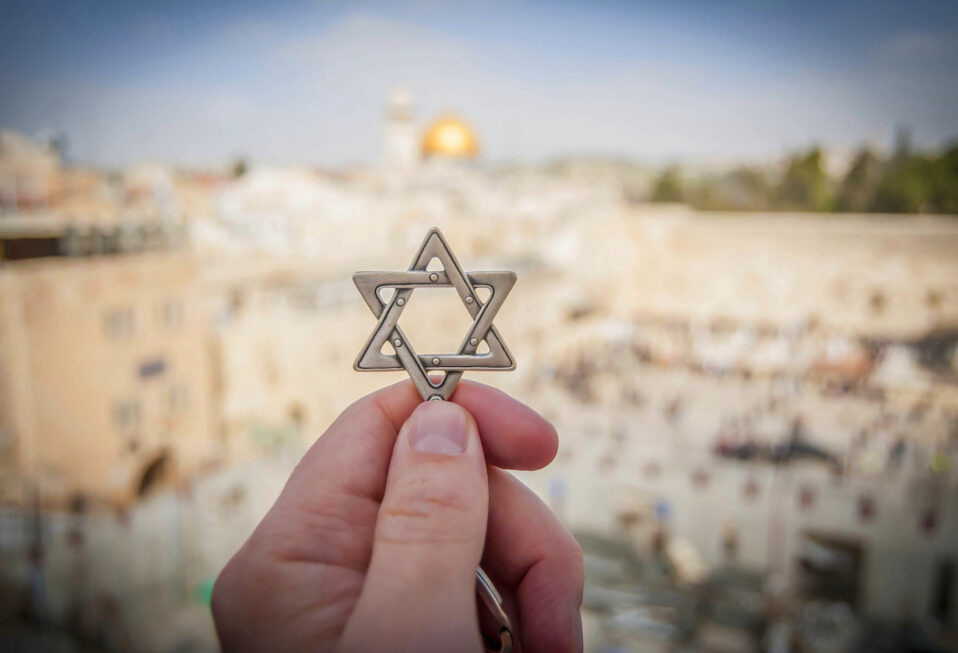 Antisemitism is the world’s oldest hatred and has plagued humanity from the beginning of recorded history. As the Trump Administration’s U.S. Deputy Special Envoy to Monitor and Combat Antisemitism, I spent my days tracking antisemitic incidents and attacks around the globe—strategizing on policies that the United States could implement to end Jew-hatred worldwide and advocating for those polices with my foreign counterparts.

In doing so, I realized that the trend lines have not been on our side. Year after year, study after study has been showing increasing antisemitic attitudes and attacks on Jews—whether the reports are those of how Jews are perceiving the society around them (the survey of the EU Agency for Fundamental Rights, for example) or those monitoring antisemitic attitudes and incidents (from the Kantor Center or Combat Antisemitism Movement). Additionally, and without exaggeration, we would wake up every single morning to news of an incident—a synagogue being attacked, a cemetery being desecrated, a Jew being assaulted—somewhere in the world, which often required response either from one of our embassies or from our own offices at the Department of State.

In this day-to-day work of combatting antisemitism, it was easy to get lost in the darkness of combatting hate. My own portfolio in the office of the Special Envoy to Combat Antisemitism was focused on the Near East and Western Hemisphere regions. In a recent profile of me in the Jerusalem Post (https://www.jpost.com/jerusalem-report/article-694668), I discussed how—as soon as I was tapped for the State Department position—I requested to work on Iran issues.

The Trump Administration went on to designate Iran as the leading state sponsor of antisemitism in the world—due to the Iranian regime’s denial of the Holocaust as government policy, their terror proxy activity targeting the Jewish state of Israel, their hate-filled propaganda against Jews, and their oppression of Iran’s local Jewish population. The subject of Iranian antisemitism is one I know well. Born in Iran myself, I was forced to flee the country with my family at the age of six due to the rising antisemitism in the country, beginning with the events of the Islamic Revolution of 1979.

One of the first acts committed by the radical revolutionaries was executing the president of the Jewish community, Mr. Habib Elghanian. My own father was threatened to be reported to the revolutionary tribunals as a “Zionist spy,” and my family understood that his life was at risk. We fled the country and arrived in the United States, where we were granted refugee status. Growing up in the United States and becoming a citizen of this great country is what I consider the greatest blessing in my life. Nowhere but in America can a little girl come to a new country with no knowledge of the language, receive world-class educational opportunities, and one day be tapped to represent her government.

Working on Near East Affairs—the State Department’s designation for the Middle East and North Africa (MENA) region—also afforded me the opportunity to take a small part in making history by being a member of what we termed the “warm peace team”—those of us privileged to work as part of the Abraham Accords team. Antisemitism in the Middle East is “institutionalized antisemitism,” meaning that antisemitism has been taught in schools and in the educational materials, it is broadcast in the media, and it is preached in certain mosques. I held some tough conversations with my counterparts in that region on the need to revise curricula; to pull books like the infamous Russian propaganda piece, The Protocols of the Elders of Zion, from official book fairs; and to stop the broadcast of Arabic language TV series that demonize Jews.

On the flip side, and as part of the Abraham Accords efforts, I was able to find inspiration and sources of light. I worked closely with Bahrain’s King Hammad Global Centre for Peaceful Coexistence on a memorandum of understanding (MOU) they signed with the State Department to combat antisemitism and antizionism, which was followed soon after with an MOU signing with Morocco’s Mimouna Association, a non-governmental organization.

I also had the privilege of partnering with the Kingdom of Saudi Arabia’s Sheikh Dr. Muhammed al Issa, the head of the Muslim World League, who made history by taking the first delegation of Muslim faith leaders to the Auschwitz-Birkenau death camp. I made an official visit to Egypt, where I was invited to attend the opening of the Grand Synagogue of Alexandria. The Synagogue had been part of a multi-million dollar restoration project of historic national monuments—a project launched by Egyptian President Abdel El-Sissi—which included a Coptic church. I also went on an official visit to the United Arab Emirates during Hanukkah 2020, where I participated in a glorious Hanukkah candle lighting ceremony at the base of Dubai’s Burj al Khalifa tower.

All of these developments in the MENA region—most of them due to the hard work and commitment of many of my colleagues in the Trump Administration to broker not just peace between Israel and her Arab neighbors, but also diplomatic, economic and social ties between these countries—all left me with tremendous hope as I was finishing my term in office in January 2021.

I found one additional source of light and inspiration as I spent my days fighting the growing hatred towards Jews: my partnerships with members of the Evangelical Christian faith community, forged through the course of combatting antisemitism in the Western Hemisphere region.

While most of the countries in the Middle East region no longer hold Jewish populations, my other region of responsibility—Latin America—faced very different issues of antisemitism, because there are Jewish communities in countries throughout that region.

The Jews of Chile face a particularly challenging environment, as they are a very small community in a country with approximately 400,000 to 500,000 Palestinian expatriates. Many in this Palestinian expatriate population have adopted a virulently anti-Israel, pro-Palestinian narrative. In fact this Palestinian expatriate community, while being mostly of the Christian faith, has imported into Chile the issue of the Israeli-Palestinian dispute although Chileans would not inherently have any particular ties or interest in that Middle East conflict. I was working with the local Jewish community (which was facing antisemitic attacks) at the same time that certain members of the Chilean Parliament successfully passed BDS legislation that would boycott, divest and sanction goods and services from Israel. At this moment, it occurred to me that the tiny Jewish community would always be deeply outnumbered in that country, but that there was one group of allies they had not yet turned to for help. And that was the local Evangelical Church community.

I worked with some good friends who served on President Trump’s Faith Council, and together we connected the local Chilean Jewish community with their Christian neighbors. Through this particular endeavor I understood that, perhaps for the first time in Jewish history, the Jewish people are no longer alone.

Ellie Cohanim is the former U.S. Deputy Special Envoy to Monitor and Combat Antisemitism and a political and national security contributor to CBN News. You can follow her on Twitter, Facebook and Instagram at @EllieCohanim.

Your ticket for the: Finding Light While Combatting Hate: My Discovery of Evangelical Christian Friends