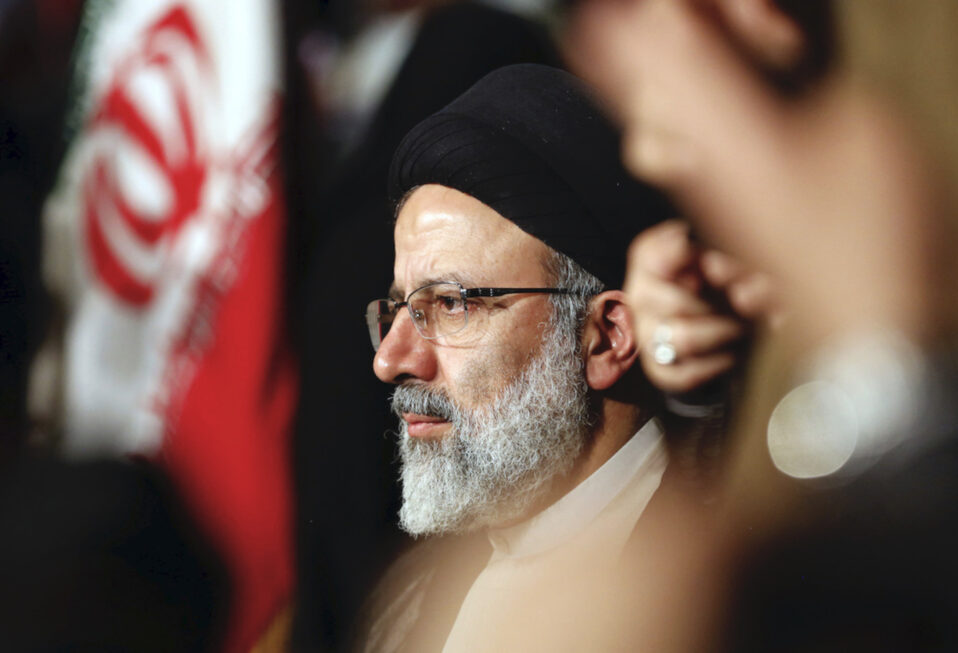 Last night and today, the Jewish community is celebrating Purim, which commemorates the saving of the Jewish people from Haman in the ancient Persian Empire. Queen Esther acted on her cousin Mordechai’s wise counsel after he overheard Haman’s plan to murder all of the Jews in Persia. This powerful, high-level official in King Ahasuerus’ court was relentless with his wicked plans—plans that ultimately backfired back on him and ended with him hanging on the gallows he’d built for Mordechai. In thwarting Haman’s genocidal intent, Esther and Mordechai saved Persia’s Jews.

The ancient Jewish Queen Esther and Ukraine’s modern-day Jewish President Zelensky—two unlikely leaders—drew on an extraordinary level of courage. They offer us role models for today amid Haman’s brand of evil that is rampant in our world.

Chief among ruthless present-day “Hamans” are Russia, China, and Iran. The leaders of these countries have woven a web of evil which threatens its own citizens as well as those of other nations. Moreover, Purim is a reminder that modern Iran was ancient Persia. Regardless of whether Iran’s leaders even know or think about Haman, the Muslim imams replicate his hatred of the Jews.

Russia has unleashed its violence over the years, invading Afghanistan (1979—as the Soviet Union), Moldova (1990), Georgia (2008), and now Ukraine. In 1967, Russia incited Egypt to attack Israel, leading to the Six-Day War. Now, as Putin takes center stage with his relentless destruction of Ukraine, it is necessary to continue praying for and offering aid to Ukrainians. However, we cannot ignore Russia, China, and Iran and their fellow terrorists on the sidelines.

To name a few: terrorist leaders in Hamas, Hezbollah, Houthis, and the Taliban along with groups in North Korea, Syria, and Venezuela. And, although shamefully ignored, Africa’s billion-plus population includes nations that suffer horribly—with tens of thousands of deaths in wars all over the continent, including Islamic terrorists, broken governments, and dictatorships. But Africa is not my focus today.

Iran’s Islamist theocratic government is indisputably the biggest terror country in the world with its willing surrogates. In Vienna, Austria, the U.S. government’s negotiations to renew the Obama/Biden administration’s flawed Joint Comprehensive Plan of Action (JCPOA) continue. The 2015 U.S. strategy remains the same today: Give Iran all it demands without any serious pre-deal requirements from the U.S. Seven years later, the JCPOA 2022 agreement is far more alarming. That may be a moot point: This past Monday, 49 Republican senators told the Biden administration they would not support the revived JCPOA, citing concern that it would weaken sanctions and lessen restrictions on Iran’s nuclear program.

In any event, Iran refuses direct contact with Americans. The Biden administration asked Russia, yes Russia, to serve as an intermediary. Richard Goldberg is a senior advisor at Foundation for Defense of Democracies (FDD), a non-profit research institute focusing on foreign policy and national security. He describes the negotiations at the Vienna hotel where talks are held: “Messengers walk up and down the hallways carrying various proposals and ideas back and forth between the rooms.” Some of Iran’s demands include a demand for $100 billion in sanctions relief, an ultimatum for its banks to remain untouched by sanctions, and a long-held refusal to allow real International Atomic Energy Agency (IAEA) inspections.

If the United States gives in to Iran’s demands, it opens a path for Russia to use Iran’s banks as a conduit for money—despite the growing sanctions imposed on Russia—and effectively neutralizes them. Let’s be clear. Israel is not the only nation in Iran’s crosshairs. Last Sunday, Iran fired a barrage of missiles directly at an American consulate complex in Irbil, Iraq. There were no casualties, but it is the first time that missiles came directly out of Iran itself, next door to Iraq. Iran and Iraq share a border. The missiles have a range of about 180 miles. Iran has openly bragged about its attack calling the complex an Israeli spy location. The Iran Revolutionary Guard Corps (IRGC) said the missile attack was retaliation for Israel’s recent bombing of a Damascus suburb, in which two senior IRGC officers stationed in Syria were killed in an underground facility.

As for Iranian surrogate Syria, the results of tyrannical President Assad’s war against his own people has wrought a staggering level of devastation since 2011. United Nations Secretary-General Antonio Guterres rightly remarked, “The destruction that Syrians have endured is so extensive and deadly that it has few equals in modern history.” During the Syrian civil war, Putin took over the strategic Syrian port of Latakia on the Mediterranean, part of aiding and abetting members of the elite Iran Revolutionary Guard Corps located in Syria. Israelis are forced to continually bomb weapons depots and weapons transports that travel across Syria to deliver weapons to Hezbollah terrorists in Lebanon.

UN News itself recently reported on Syria’s 11-year war. “Hundreds of thousands have been killed, more than half of the pre-war population—somewhere in the order of 22 million—have been displaced. More than 100,000 are missing or forcibly disappeared. Syria’s cities and infrastructure have been destroyed. Today the poverty rate in Syria is an unprecedented 90 percent; 14.6 million people in Syria depend on humanitarian aid.” Syrian fighters are going into Ukraine now that Putin is paying them to push into the country to create more death and chaos.

As for China, Austin Ramzy at the New York Times reported on February 23 that Putin and Xi Jinping met during the Beijing Olympics. The next day, Russia launched its invasion of Ukraine. Russia and China share a 2,615-mile-long border. (By the way, Russia has borders with 16 other countries.) In a meeting at the February Olympics the two neighbors made a joint statement declaring that their friendship had “no limits.” Not surprisingly, China is against sanctions on Russia.

China and Iran are also locked together in a mutually beneficial alliance that has grown since Iran’s 1979 Islamic Revolution. Among the benefits, Iran gives China a strong foothold in the Middle East. Last year, China made a deal to invest $400 billion dollars over 25 years in exchange for Iran’s oil.

Russian aggression worries Europeans in particular. More than at any time since World War II, European governments are planning, watching, and waiting while China, Russia, and Iran are accelerating their alliances with each other.

Amid all the bad news, the U.S. Congress generated some good news. Last Friday, Democrats and Republicans voted for $4.8 billion in military aid to Israel. Given the fact that Americans are suffering inflationary woes, it is easy to react negatively to such a vote. Nevertheless, Israel functions for us like an aircraft carrier would in the Middle East. This package strengthens our own national security. Israel does not want—nor would it ask for—American soldiers on the ground, but the added funds help Israel living in a hotbed of terror. For the United States, Israel’s intelligence-sharing is an enormous benefit.

Ever the peacemaker, Israel has accepted the baton in the race to help Ukrainian refugees. Yesterday, it announced that it is offering healthcare and other assistance for up to 15,000 refugees. “The Welfare Ministry will provide the refugees with temporary housing, food assistance, material assistance, social services and other rights like health insurance and enrollment in the education system,” a ministry spokesman said.

For Purim, late yesterday a small group of Ukrainian Jews maintained Jewish tradition and read the book of Esther in the ruins of Lviv’s Golden Rose synagogue. Destroyed by Nazis in World War II, members have maintained services in what was left after World War II in the historic synagogue’s entrance hallway. The Golden Rose now doubles as a refugee shelter.

For Ukraine’s Jews, Christians, and all other citizens, let us also remain vigilant with prayers for our nation and our world during these disturbing days we live in. And like the Jewish refugee beauty queen in Persia, and now a courageous Jewish comedian-turned-Ukrainian-president, may we ask the Lord to give each of us that kind of bravery.

Please join with CBN Israel in prayer this week:

May we reflect upon 2 Chronicles 15:7: “But you, be strong and do not let your hands be weak, for your work shall be rewarded!”

Your ticket for the: Purim 2022: Modern Hamans Spawn Global Terror