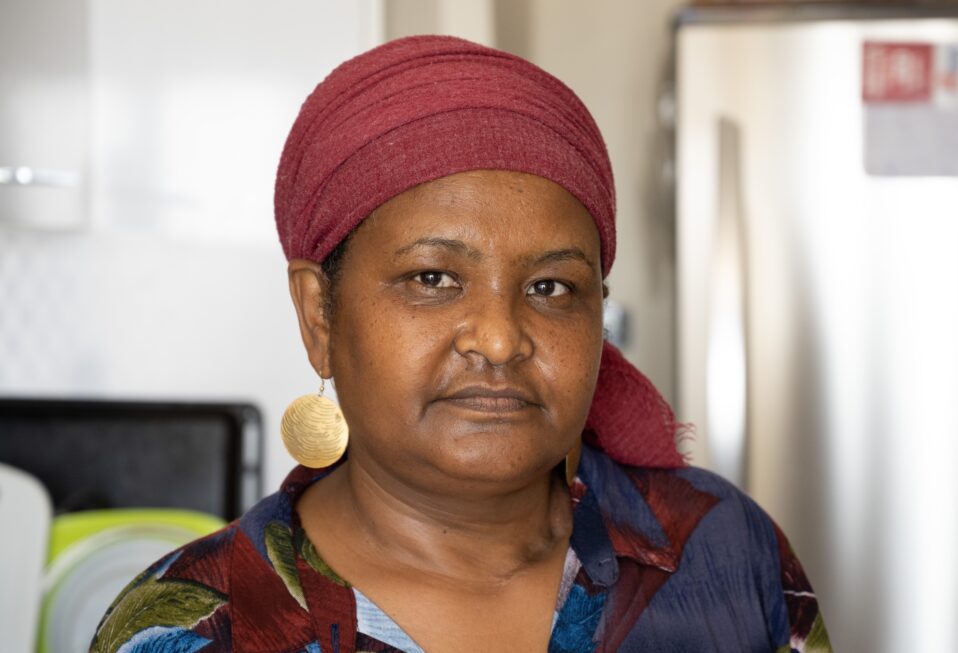 The future looked bright when Masaret first met and married her husband in Ethiopia—and they both planned to live in Israel. But problems arose when they attempted to move here in 1993.

Masaret was allowed to immigrate from Ethiopia to Israel, but her husband was not because their marriage documentation was called into question. So he took a dangerous route and entered the country by way of Egypt. Masaret hired a lawyer to help him sort out his legal status—but the wait to resolve it grew long, and they started a family.

Masaret was sad to see her husband become depressed and abusive, often turning to alcohol. He abandoned Masaret and their two children and was jailed by immigration police for forging documents.

At 55, Masaret found herself a single mom struggling to provide for her family. They lived in an apartment on the top floor of a neglected old building. The roof leaked, causing severe damage. With little income, she could make only small repairs, which weren’t enough.

But friends like you were there for Masaret and her children. Through CBN Israel, caring partners helped cover the costs to make proper roof repairs—sealing the leak and fixing the damage. They also made it possible to give her grocery vouchers to buy nutritious food for her family. She says, “I am so appreciative for your love and kindness!”

Your gift to CBN Israel can help many single mothers in crisis like Masaret—as well as Holocaust survivors, refugees, terror victims, and more. As the cries for help in Israel persist, you can bring groceries, shelter, essentials, and financial aid to those who are hurting.

Please join us in making a difference for those who need a helping hand!

Your ticket for the: Single Mother: Masaret’s Story