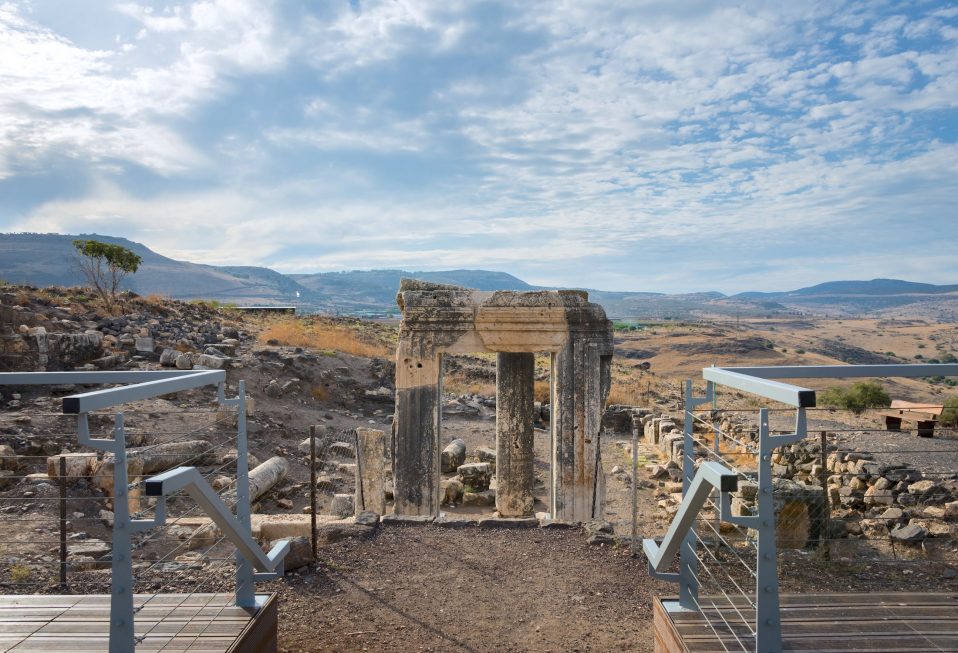 After the destruction of the Jerusalem Temple in A.D. 70, the priestly division of Yeshua, the ninth priestly division, settled at Arbel. Arbel was principally known for the growing of flax from which the inhabitants produced linen (Genesis Rabbah 19:1). The Arbel Valley was also known for its agricultural fertility, especially the production of grain (y. Peah 7, 4, 20a). Excavations uncovered wine and olive presses, as well as large pools, probably used for the processing of flax.

Arbel was the location of a clash between the Hasmonean forces of Antigonus and Herod (c. 39-38 B.C.). After Herod gained control of Sepphoris, he sent his force “to the village of Arbela,” and after 40 days, Herod’s forces fought the supporters of Antigonus (Josephus, War 1:305-313). Herod’s forces won the battle, and Antigonus’ supporters fled some taking refuge in caves “very near the village” of Arbel (Antiquities 14:415). There are three groups of caves in the cliffs of Mount Arbel, and most likely the rebels sought refuge in the western group of caves, which are the closest to the village of Arbel (approximately 400 meters).

Herod eventually dealt with the rebels held-up in the caves. His forces could not make a direct assault on the caves due to the sheerness of the cliffs. His engineers constructed baskets to lower soldiers down the cliff face by machines anchored to the summit of the hill. The soldiers, armed with grappling hooks, fished the brigands out of the caves hurling them to the rocks below. Soldiers hurled fire into the caves to force the rebels out of them. Some of the rebels threw themselves along with their families down the cliffs while Herod watched from a fortified position on an opposite hill.

Today visitors can hike to the overlook from the cliffs of the Gennesar Valley and the northern shore of the Sea of Galilee. They can also see the remains of a limestone synagogue built in the fourth century A.D., which continued in use until the eighth century A.D. Renovations were made in the late sixth or early seventh century A.D.

Your ticket for the: Biblical Israel: Arbel