The Nakba, the Temple Mount, and a Magnanimous Tragedy 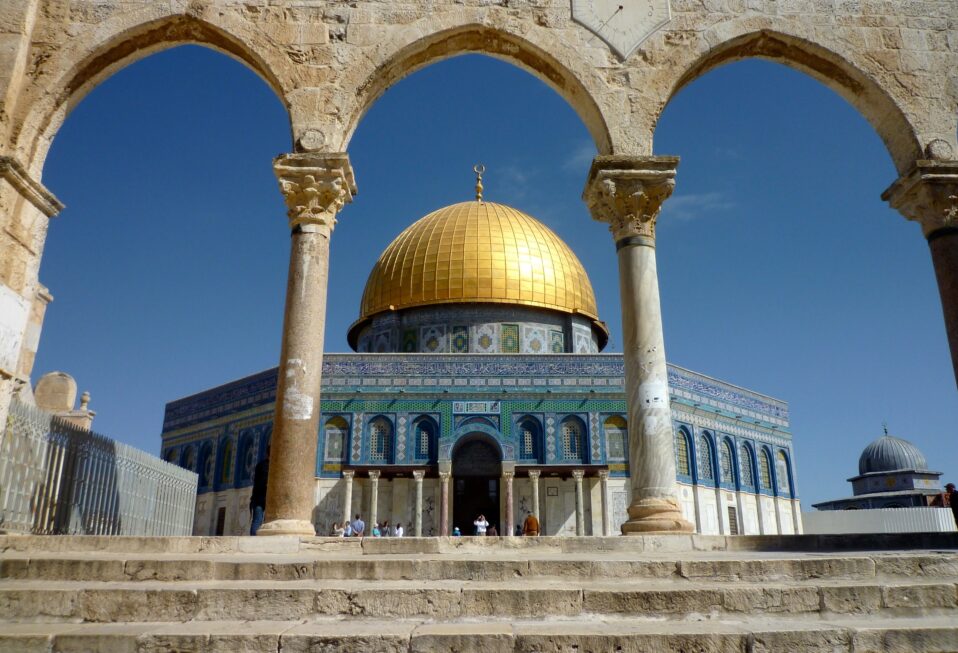 Last Friday, Jordan’s King Abdullah II met with President Joe Biden at the White House. Their May 13 meeting focused in part on restoring order after hostilities intensified at the Temple Mount—Judaism’s holiest site for 3,000 years, and the world’s most contentious piece of real estate.

The White House meeting took place just a week after Israel’s Independence Day (May 4) and right before May 15, the date when Arabs annually recall the re-establishment of the Jewish homeland as a “catastrophe” (nakba). Of course, Nakba did not have to be the Arab perception of that day. Had they chosen their own statehood 74 years ago, they could have marked May 15 with celebrations of success all these years. Instead, they continued to view the new Jewish homeland of Israel as a disaster, an intractable opinion that embedded itself into the Arabs’ negative generational narrative.

Indeed, Nakba rightly rests on the shoulders of the Arab League, which rejected an Arab state for their people that had been affirmed by the United Nations Partition Plan vote. Resolution 131 created two independent states—Arabic and Jewish—for two peoples. More than seven decades later, most recent U.S. presidents offer reassurances about their support for the two-state solution that could have been enacted by Arabs in 1947.

In his meeting with Jordan’s king, Biden did the same. Although the Partition Plan was not perfect (it was more favorable for the Arabs), Jewish leaders nevertheless accepted the plan, deciding to make the best of it. The Arab refusal of the two-state solution, plus their victim mentality and hate, reflected tragically skewed thinking.  Rather than celebrating this newly bestowed independence, the Arab nations declared war on the nascent Jewish nation almost immediately—a choice that to this day has had dreadful consequences.

The White House readout on May 13 mentioned that Biden also reaffirmed Jordan’s role as the custodian of the Temple Mount and Muslim holy places in Jerusalem.

If the Temple Mount is Judaism’s holiest site, one might ask why Israeli Prime Minister Bennett was not involved in the meeting between Jordan’s King Abdullah II and President Biden? After all, Solomon’s Temple was completed in 957 B.C. and the Second Temple in 516 B.C.—both clearly predating the Dome of the Rock shrine, which was completed in 692 A.D. and the al-Aqsa Mosque in 715 A.D.

The answer is found in the 1967 Six-Day War—in a consequence unwittingly brought on by Israel itself. After the Israel Defense Forces (IDF) miraculously reunited Jerusalem—their ancient capital—the soldiers were filled with awe when they touched the Western Wall. Triumphantly, they ran the Israeli flag up a pole, and the IDF chaplain sounded his shofar. Yet shortly afterward, the distinguished Israel Defense Minister Moshe Dayan made a magnanimous yet questionable decision. He ordered the Israeli flag to be taken down and gathered the Jewish leadership together. Heated discussions followed. Finally, Dayan finally won out: The Jordanian Muslim Waqf Foundation would continue its administration of the Temple Mount, with Israeli police added to monitor and provide security.

By making sizable concessions to Muslim worshippers, Dayan believed such actions would ultimately prevent unrest and save lives. His statement at the Western Wall expressed high hopes: “We have returned to the holiest of our places, never to be parted from them again. … We did not come to conquer the sacred sites of others or to restrict their religious rights, but rather to ensure the integrity of the city and to live in it with others in fraternity.”

Unfortunately, his laudable intentions quickly mutated into more than a half-century of controversy, violence, and defamatory Arab politics and Islamic religious fervor. The 32-acre Temple Mount remains a tinderbox of contention. Not only do Palestinian leaders claim that there was never a Jewish Temple in Jerusalem, but many Arabs also stoke the fires of hate with the blatant lie that the “al-Aqsa Mosque is in danger from the Jews.” This is libel, not fact—libel spread by Muslims wanting to unleash bloodshed against Israelis.

Moshe Dayan’s attempt at allowing religious freedom in his 1967 proposal to the Jordanians unfortunately did not have the exact intended outcomes he and others hoped for.

Israel had won its War of Independence, although Jewish defenders in the Jewish Quarter in Jerusalem’s Old City could not withstand the Arab League’s superior-quality weapons and greater number of soldiers. On May 27, 1948, the Jews who survived escaped to the “New City,” where Israel held on to four-fifths of the capital. Then in 1950 the Jordanians annexed east Jerusalem, Judea, and Samaria, again a rampage of unending conflict.

Israel has faced its own Nakba, saturated with 74 years of terror and intransigence from past (now present-day) Palestinian Arab leadership that chose victimhood instead of victory.

More of Israel’s own catastrophe had come to light when the IDF liberated the Old City in 1967. In the 19 years between the War of Independence and the Six- Day War, the Waqf Foundation had allowed unfettered destruction in most of the Jewish quarter, including 35 synagogues, with only one left standing. Jordanians desecrated the sacred Mount of Olives cemetery and used the broken stones for roads and latrines. In echoes of Nazi tactics, Jordanians also burned countless books and Torah scrolls. To be sure, in an opposite spirit, now for 55 years the Temple Mount’s Muslim structures have not been vandalized by Jews. It has been and is protected by Israeli police.

Despite Moshe Dayan’s misplaced hope, despite Jordan’s Waqf Foundation, and despite the Palestinian leadership’s unwillingness to match Israeli sacrifices and compromises for peace, Israel is indisputably a land of miracles. Seventy-four years ago, Ben-Gurion’s May 14 announcement in a small Tel Aviv art gallery enshrined God’s promises:

“I am going to take the Israelites out of the nations where they have gone. I will gather them from all around and bring them into their own land. I will make them one nation in the land, on the mountains of Israel, and one king will rule over all of them. They will no longer be two nations and will no longer be divided into two kingdoms” (Ezekiel 37:21-22).

Join CBN Israel this week in recalling the reliability of our promise-keeping God:

Your ticket for the: The Nakba, the Temple Mount, and a Magnanimous Tragedy

The Nakba, the Temple Mount, and a Magnanimous Tragedy