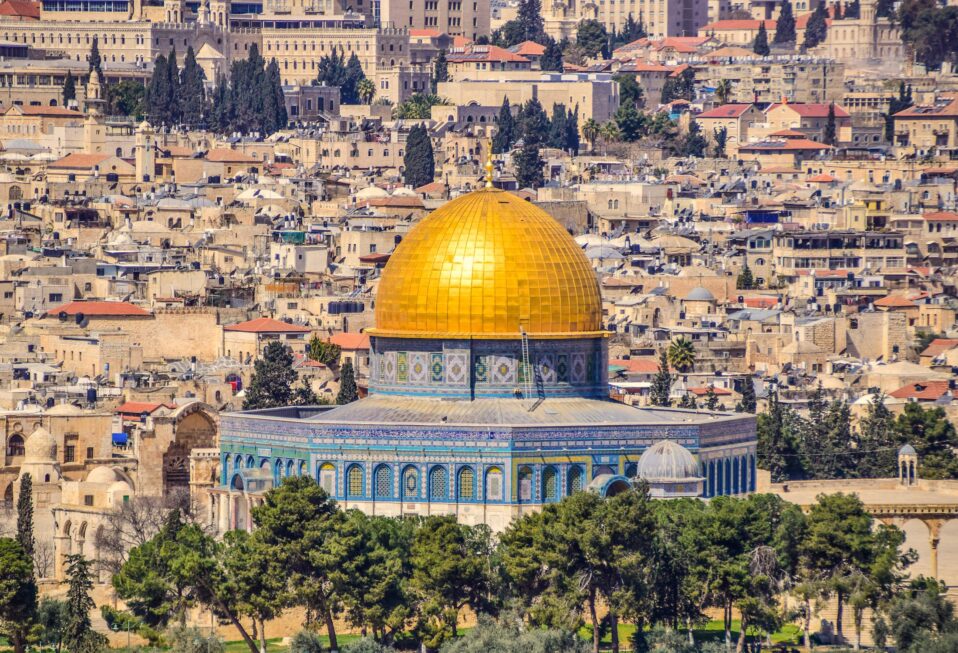 “Those who trust in the LORD are like Mount Zion, which cannot be moved, but abides forever. As the mountains surround Jerusalem, so the LORD surrounds His people from this time forth and forever” (Psalm 125:1-2 NKJV).

Psalm 125 is the sixth psalm of the Psalms of Ascent (Psalms 120–134). Pilgrims sang these psalms as they approached the Temple at times of pilgrimage, especially the festivals of Pesach (Passover), Shavuot (Pentecost), and Sukkot (Tabernacles).

The psalmists often used realities that people knew to illustrate and articulate what God or people were like. The Bible and the biblical mind functioned in concrete ideas and images instead of abstract ones, as we tend to do. The psalmist in Psalm 125 described those who trust in God as unmovable as Mount Zion. What provided such surety?

The population grew and began to settle on the western hill—what today is referred to as Mount Zion—which was included in the walls of the city toward the end of the eighth century B.C. At that time, the western hill rose above several of the surrounding hills. Thus, Psalm 125 was written when the city only existed on the eastern hill, for only then did the mountains surround Jerusalem.

It sounds beautiful. “As the mountains surround Jerusalem, so the LORD surrounds His people.” That is, until you stand on the eastern hill and realize that strategically all the other hills look down on you. The position is vulnerable. Attacking armies could position themselves on the higher hills looking down into the city. In such a vulnerable position, what made Mount Zion unmovable; what would protect it? God served as its protection, and therefore, Mount Zion cannot be moved. He defends Jerusalem—and those who trust in Him.

Trusting God sounds easy. Our world often makes it difficult. The question gets asked to us many times a day, “Has God really said?” “Can God truly protect and deliver?” “Can I really trust God?”

The inhabitants and pilgrims to Jerusalem when it sat on the eastern hill were confronted by similar questions. It seemed too vulnerable. Yet, God protected. He takes care of those who do good and choose to obey Him. Trusting in God is not a mere mental exercise. It means that we do what He commands, confident that He will prove true to His word.

Father, we trust in You. You are our defender and protection. You repay those who obey You and choose to do good. Amen.

Your ticket for the: Weekly Devotional: As the Mountains Surround Jerusalem