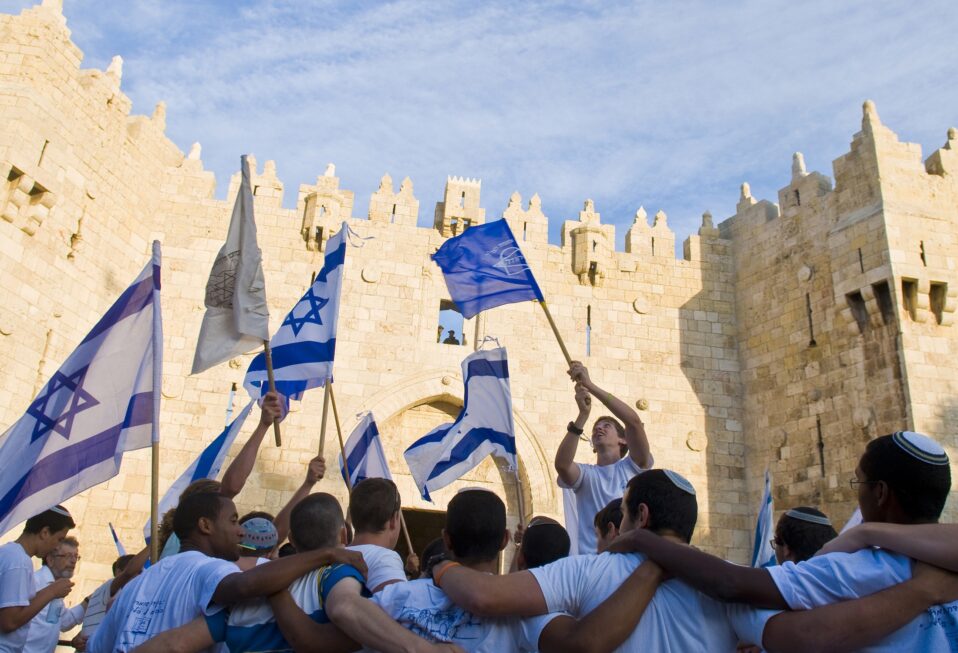 “I have set watchmen on your walls, O Jerusalem; they shall never hold their peace day or night. You who make mention of the LORD, do not keep silent, and give Him no rest till He establishes and till He makes Jerusalem a praise in the earth” (Isaiah 62:6-7 NKJV).

For centuries, the Jewish people had been in exile. For a generation, they had been without access to their ancestral city. Yet for six unforgettable days in early June 1967, surrounded by enemies, Israel stood alone and changed history forever.

By 1967, Israel had already fought two major wars, and in May of that year, Arab nations joined together with a stated goal to wipe Israel off the map. Less than 20 years after the birth of the modern Jewish nation, Israel was on the verge of extinction.

Israel, along with Jewish people around the world, thought they were facing another Holocaust. In Tel Aviv and Haifa, they had turned parks into potential graveyards and dug mass graves. But God had other plans.

After only six days (June 5-10, 1967), Israel had tripled in size—beating the combined armies of Syria, Egypt, and Jordan to win the Golan Heights, the Sinai Desert, and biblical Judea and Samaria. Perhaps the pinnacle of their success was reuniting the city of Jerusalem under Israeli-Jewish sovereignty for the first time in nearly 2,000 years.

It was on the third day of the war that Moshe Kempenski, an Orthodox Jewish author and Jerusalem shop owner, said he realized that he wasn’t just reading and studying the Bible, but he had actually experienced the fulfillment of prophecy. A Canadian teenager at the time, Kempenski said he knew on that day he would one day become a Jerusalemite.

“When I fully began to realize the significance of being here and my child playing in a Jerusalem park 30 years later, I recall wondering if my son, Yoni, was one of the children that Zechariah saw in his vision,” says Kempenski.

Kempenski is referencing the passage in Zechariah where God promises, “Once again old men and women will walk Jerusalem’s streets with their canes and will sit together in the city squares. And the streets of the city will be filled with boys and girls at play” (Zechariah 8:4-5 NLT).

During all those years of exile, the Jewish people always ended their holiday prayers with “Next Year in Jerusalem!” The Holy City, though far away and unattainable to most for all those years, was still in their hearts and minds.

So, when Commander Motta Gur uttered those famous words, “the Temple Mount is in our hands” (Har HaBayit B’Yadeinu), Jewish people around the world knew something miraculous had happened.

But despite Israel’s clear win in a war it hadn’t asked for, the international community never recognized Israeli sovereignty over united Jerusalem. After the war, Israel returned religious authority over the beloved Temple Mount to Jordan, who still manages it.

To this day, only Muslims are permitted to pray on the site where two Jewish Temples once stood in biblical times.

In 1980, the Israeli Knesset (parliament) passed the Jerusalem Law, which stated that all of Jerusalem (including the eastern part) was Israel’s united capital. Thirteen countries removed their diplomatic missions from Jerusalem after the UN passed a resolution declaring Israel’s law null and void. (Costa Rica and El Salvador moved their embassies back to Jerusalem in 1984 and then returned to Tel Aviv in 2006.)

Jerusalem Day is celebrated in the city with a giant parade of Israeli flags that winds through downtown Jerusalem and ends at the Western Wall.

Your ticket for the: Yom Yerushalayim: Israel’s Jerusalem Day