Celebration and Triumph: The Jewish Olympics in Israel 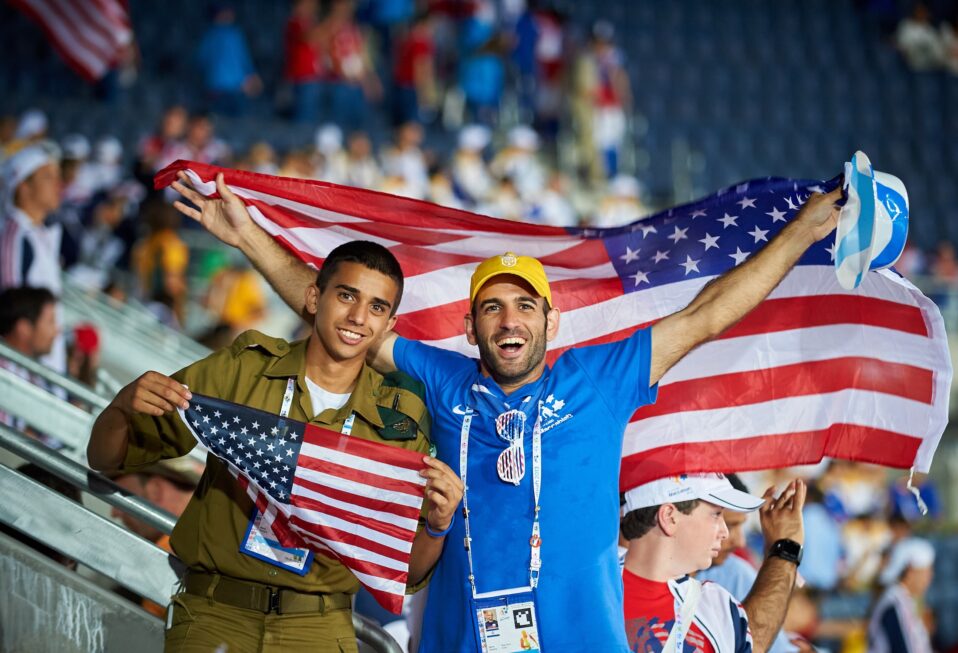 What a triumph! It made headlines around the globe. Ten thousand Jewish athletes from 62 countries traveled to Israel for the Maccabiah Games, which took place from July 21-26. Appropriately dubbed the “Jewish Olympics,” the event featured athletes competing in 42 different sports in three cities: Jerusalem, Netanya, and Tel Aviv. Jewish athletes formed international friendships, toured their ancestral homeland, and celebrated the 21st year of games—held every four years.

Featuring age groups with juniors, college, and masters, the games allowed spectators to enjoy, for example, 14-year-olds running on a track and field team, an 80-year-old table tennis player, or 107 chess players—famous or rookies—competing for medals in Jerusalem. The multi-sport event included basketball, golf, surfing, fencing, water polo, wheelchair basketball, swimming, and equestrian events. In 2022, the games hold the distinction of being one of the three largest sporting events in the world, along with the Olympics and the FIFA Soccer World Cup. Many Olympic gold medalists, world champions, and world record holders have competed in the Maccabiah Games over the years.

It’s been a long time since Jewish athletes were mostly prohibited from competing in sports events. Today’s games are the result of a Zionist teenager’s dream and persistence. Yosef Yekutieli (1897-1982), whose family emigrated from Belarus to British Mandate Palestine in 1906, had been inspired to reverse the exclusion of Jewish athletes after attending the 1912 Olympics in Stockholm. He lobbied for years to see his dream of having a Jewish Olympics come true. That dream eventually grew into a reality that rectified Europe’s 19th-century ban blocking Jewish athletes from international sports.

The first Maccabiah Games were held in 1932—well before the modern Jewish state joined the family of nations in 1948. During this debut, crowds in the streets of Tel Aviv welcomed 390 athletes from 16 countries. That sporting event carried an interesting nickname, the “White Horse Olympics.” Famously, Tel Aviv’s first mayor, Meir Dizengoff, rode his white horse to lead the parade of athletes.

Just a few years ago, a fascinating historical film came to light. It had been made by Harry Hay from Newark, New Jersey, when he toured Israel decades ago. It includes the parade of athletes at the first Maccabiah Games. The Holy Land was still under the British Mandate and called Palestine. His film was titled A Holiday in Israel in 1932. The filmmaker’s handwritten title noted, “Israel’s sons and daughters come far—from the ends of the earth.” Indeed, Mr. Hay’s description could be considered prophetic now that thousands of Jewish athletes recently competed and walked the streets of modern Israel!

Hay’s son John, who settled in Scotland, inherited the box of film. The film remained unknown for 75 years until John decided to convert it to a DVD. It is now archived in Jerusalem, where it is officially recognized as a record of social and historical interest. You may also view it on YouTube. The first World Maccabiah (Jewish Olympics) begins in Section 10 at the 8-minute, 54-second time frame. It includes the parade of athletes, yet unfortunately not Mayor Dizengoff riding his white horse.

During Tel Aviv’s 100th anniversary in 2009, the city unveiled a statue of Dizengoff on his horse. It is located across the street from 16 Rothschild Boulevard, Dizengoff’s long-ago residence that he donated as a museum. Later, it became an art gallery—the very one where Israel’s first prime minister, David Ben-Gurion, read Israel’s Declaration of Independence on May 14, 1948. Now called Independence Hall, the building is under renovation until 2023 and well worth an inspiring visit.

Looking into more of the first game’s history, the planners connected it to the 1800th anniversary of the ancient Bar Kokhba Revolt against the Roman Empire. The first games took place from March 28 until April 6, 1932. Resurrection Sunday was celebrated on March 27, and Passover began on April 20.

When viewing the historic film, I found it interesting that Jewish athletic delegations from Egypt, Syria, Lebanon, Poland, and Germany participated in that sporting event. Who could have predicted the coming horrors of the 1930s, 1940s, and beyond? Hitler was appointed Chancellor in 1933, and Dachau was built the same year. Nazi policies snatched freedoms month after month from Jews and other Nazi-reviled populations. Following Israel’s 1947-49 War of Independence, Arab nations expelled 800,000 Jews. Israel resettled the Jewish refugees who chose to come to their homeland.

Following closely after several Maccabiah games, Hitler held the 1936 Summer Olympics. Some countries called for a boycott, and heated discussions were held in the U.S., but the boycott failed. Ultimately, 49 countries participated—including the U.S. delegation of 312 athletes, the second largest behind Germany’s 348 members.

Estimates are that 100,000 spectators filled the stadium on opening night with a dazzling array of swastika flags, strains of Wagnerian music, and the lighting of the Olympic torch from the relay that began in Greece and involved 3,000 runners. The chant, “Heil Hitler,” often broke out, proclaiming Hitler’s supremacy.

In a book entitled, Holocaust and Human Behavior, a lesson plan of Holocaust education for students, it is mentioned that German law required every child to say, “Heil Hitler!” in every greeting whenever they encountered anyone—multiple times a day! The study also describes “heil” as meaning “salvation.”

Hitler’s propaganda extravaganza during his 1936 Nazi Olympics—the first sporting event to be televised—dazzled tens of thousands and lulled too many people into apathy and denial from August 1–16 of that year. For those 16 days, the Nazis hid the evil already expanding in Germany. Once the Olympics were over, they boldly put up the anti-Jewish signs again and terrorized the Jews with arrests and murder.

How wonderfully different Israel’s 21st Maccabiah Games were! They resounded with the joy of the worldwide Jewish community of athletes, their families, and coaches. Their skills were displayed, and celebrations took place on the land that God deeded to them 3,000 years ago. Israel, the world’s only Jewish nation, not only welcomes them for visits but also Aliyah (i.e., immigration to Israel). Although surrounded by enemies, Israel is the primary country that provides safety when the Jewish community across the world feels threatened. The Maccabiah Games are a victory over hate, welcoming all Israeli athletes to take part—whether they’re Arab or Ethiopian, or if they’re disabled in some way.

At the games this year, Israelis and the Maccabi World Union helped 40 Ukrainian athletes attend the games and also funded their uniforms. This is the true nature of Israel, an imperfect people like the rest of us, yet showing compassion as best they can.

As Bible-believing evangelicals who are fully aware of the slander and lies against the Jewish people and the Jewish state, we have a responsibility to befriend Israel, a nation valuable to us and to the world. Prayers are foundational. Sharing truths and facts about Israel are necessities. Let us make sure we are part of helpful solutions not dazzled by lies.

Join with CBN Israel this week in praying for the nation and people of Israel:

Your ticket for the: Celebration and Triumph: The Jewish Olympics in Israel

Celebration and Triumph: The Jewish Olympics in Israel