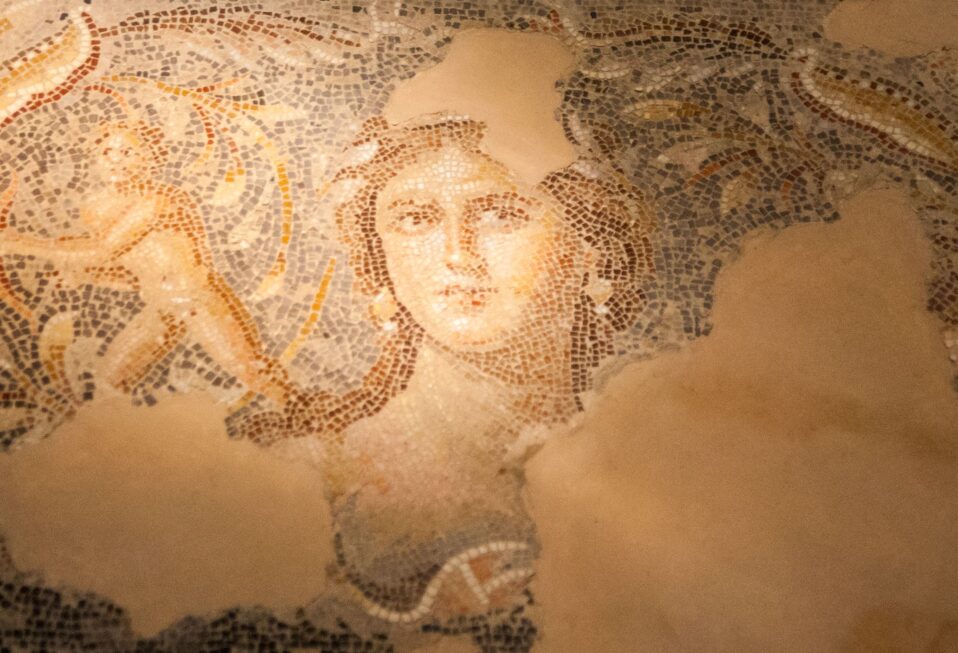 Sepphoris was the capital of the Galilee during the first part of the 1st century A.D., when Jesus was a boy. Located four miles north of Nazareth, Sepphoris sat in the Beth Netofa Valley, which provided a main east-west roadway in the Lower Galilee from the northwestern part of the Sea of Galilee to Akko-Ptolemias on the Mediterranean coast. Sepphoris consists of an upper and lower city. Within Jewish history, Sepphoris served as the location where Judah the Prince compiled the rabbinic oral teachings into the Mishnah, the earliest body of rabbinic teaching. It was written in Hebrew.

Excavations at Sepphoris uncovered evidence of settlement even as early as the Late Bronze Age and Iron Age I. It seems, however, that a continuous settlement existed at the site from the Persian Period (5th century B.C.) through the Crusader Period. Excavations reveal that during the Roman Period, the western part of the upper city contained Jewish residents, as indicated by the presence of Jewish ritual immersion baths and two oil lamps decorated with menorahs. The upper city also contained a theater set into the northern scarp of the hill, overlooking the Beth Netofa Valley. It could hold about 4500 spectators. Some assign the date of the theater to the 1st century A.D., but most archaeologists date it to the early to mid-2nd century A.D.

One of the center pieces of the site of Sepphoris is a Roman villa built in the 3rd century A.D. The villa contains a beautiful mosaic floor in its dining room, a triclinium. The center of the mosaic contains scenes depicting the life of the Greek god Dionysius (the god of wine and revelry), including a drinking contest between Dionysius and the hero Heracles. Surrounding the Dionysius scenes are scenes of hunting with wild animals and naked hunters including various flora. In this band of scenes, on the southern end of the mosaic, appears a depiction of a beautiful woman, with either a hunter or Cupid, next to her head. If it is Cupid, then the woman likely is intended to be the goddess Aphrodite.

Excavations in the lower city have revealed a city planning typical to the Hellenistic-Roman world, a cardo (a north-south street) and a decumanus (an east-west street). Some archaeologists date this urban planning to the 1st century A.D.; others date it to the 2nd century A.D. The cardo and decumanus are flanked by colonnaded sidewalks for pedestrians, with mosaic pavements. Within the lower city, homes, public buildings, as well as a lower city market, have been uncovered.

Excavators discovered a synagogue in Sepphoris that dates to the 5th century A.D. Its floor is a mosaic that depicts the sun god Helios with his chariot of horses surrounded by a zodiac. Biblical scenes were also depicted although this part of the mosaic was damaged, but it seems to have depicted the story of the binding of Isaac (like the synagogue in Beth Alpha). It remained in use until the 7th century A.D.

Your ticket for the: Biblical Israel: Sepphoris