Seventeen Years After the Disengagement, Israel is Still Reaching Out to Help Gaza 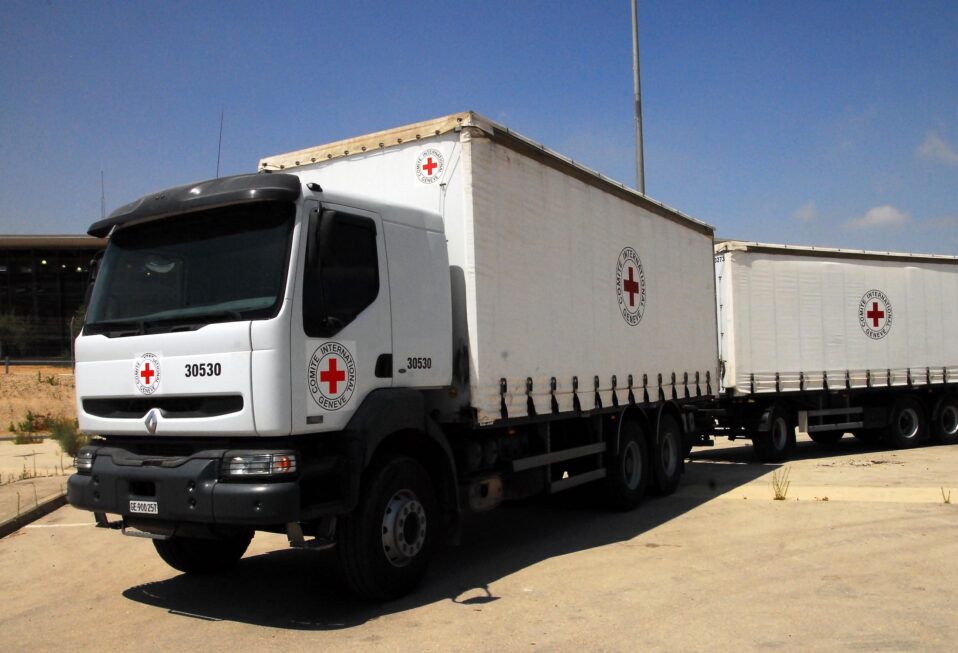 You will not hear this at the United Nations or in mainstream media: Israel will allow more work permits for carefully screened Gazans to enter Israel for jobs through the Erez crossing in Gaza’s north. Meanwhile, along Gaza’s oceanfront, Iranian proxies are delivering armaments for terror. They use speedboats to drop barrels of weapons into the Mediterranean Sea, allowing the current to carry them to the Gaza shore.

Yet, even with such hostile policies on the part of Iran, Israel’s goodness continues. The Jewish Press has announced Israel’s recent decision to add 1,500 more work and business permits, which right now stands at 15,500. Defense Minister Benny Gantz, who maintains a policy of boosting the local Gazan economy, has set the quota at 20,000.

Last February, The Christian Science Monitor pointed out that “a new source of income to a region where 64% of the population is estimated to live in poverty and unemployment runs at 50%” would be welcome. “The number of Gazans studying Hebrew has quadrupled in some places as Israel allows more Gazans to cross the border into Israel for work.”

Here are a few of the statistics from the first half of 2022 showing a drastic improvement in the Gazans’ quality of life: “a 311% increase in the volume of entries into Israel at the Erez crossing,” as well as a “27.7% in exports from Gaza to the Palestinian Authority territories in Judea and Samaria, and a 93.8 percent increase in exports from the Gaza” to the rest of Israel. Improvement in living conditions is increasing along with better wages and reduced unemployment.

Major General Ghasan Alyan, the Israel Defense Forces (IDF) Coordinator of Government Activities in the Territories, made comments aimed at Gazans. He assured them that Israel has “no interest in being dragged into a war against them, and the Israeli security establishment will continue to allow a civilian humanitarian policy towards the Gazan public, but this is subject to the preservation of security stability.” Alyan went on to challenge them to take a look at Hamas’s damage, declaring, “Hamas is an enemy of the State of Israel and, unfortunately, also of the residents of Gaza.” He also warned that additional efforts by Hamas to disturb the peace would be met with policy changes.

This is not the first time Israel has attempted to come alongside Palestinians to improve their independence and quality of life. Israeli semi-trucks have consistently delivered humanitarian aid to Gaza despite Hamas’s rule. In fact, 17 years ago, Israelis made an extraordinary sacrifice: Under former Prime Minister Ariel Sharon, Israel unilaterally left Gaza by forcing 8,500 Jewish residents to leave behind their homes, businesses, cemeteries, and synagogues. This disengagement was controversial then (2005) and still is now. Israel detractors like to say that Israel occupies Gaza. Yet not one Jew or one Israel Defense Forces soldier has remained inside Gaza since their withdrawal was completed on August 16, 2005.

The 8,500 Jewish settlers who lived in Gaza among 1.4 million Palestinians were guarded by some 3,000 Israeli soldiers prior to the withdrawal. During the second intifada (Palestinian uprising), which was mainly instigated by Palestinian leader Yasser Arafat, 230 Israeli soldiers were killed. IDF Major General Ariel Sharon declared that the withdrawal would “grant Israeli citizens the maximum level of security.”

Others hoped that the traumatic move in 2005, given over to the Palestinian Authority itself, would create a prosperous “Singapore by the sea.” Regrettably, on the day the last IDF soldier closed the gates to Gaza, the Palestinians began looting and destroying greenhouses left behind where Jews employed them. They ransacked homes and synagogues—destructive actions that did not bode well for their future.

Two years later their choices worsened. In 2007, Gaza’s Palestinians voted for the terrorist organization Hamas to assume governing control from the Palestinian Authority. Instead of implementing a vision to building a thriving Palestinian state with beautiful seaside hotels, civic institutions, and employment, by their votes they brought a curse upon their families and their future.

Seventeen years have passed since Israel removed its Jewish families from Gaza. As a pro-Israel Christian activist then and now, I vividly recall my sorrow from afar while watching the televised Israeli operation. The Jewish families wept, the soldiers cried amid screams of grief and anger that pierced the air. In a sense, 8,500 Jewish citizens were forced by their own government into a type of refugee status in another part of their ancestral homeland.

Palestinians trampled the well-meant Israeli intent. Once again, they abandoned the idea of a state. As the pro-Palestinian chant goes, “From the river to the sea, Palestine will be free.” The chant means only one thing: they want Jews eradicated.

On Hamas’s recent 15-year anniversary on August 16, Gaza remains an entrenched Iranian terror proxy. Ariel Sharon did not live to see the results of the withdrawal and the 2007 pro-Hamas vote. He suffered a stroke in 2006 and remained in a coma until his death in 2014. His hopes for a more secure Jewish population instead grew into numerous major conflicts between Gaza and southern Israel in particular.

I have often stood on the fenced border alongside residents living in kibbutzim just yards away from Gaza. Their bravery is exceptional. Their trauma is deep. However, they are determined to remain in their homes, businesses, and schools and celebrate their festivals and families.

Although their commitment to their ancestral homeland is strong, most Israelis who live in Southern Israel suffer with varying degrees of post-traumatic stress disorder. A high state of alert is woven into their brains. Fifteen years of terror, countless thousands of rockets, burned crops affecting livelihoods, and the uncertainty of wondering when the next attack is coming has taken a heavy toll on adults and children alike.

Measures are in place to help ease fears. For example, the playground in Sderot, a city only one mile from the border, is underground to protect children from rocket fire. Portable bomb shelters are necessary along with the Red Alert alarm, which gives 15 seconds of running time for residents to find safety. The portable shelters, IDF approved and built in Israel, are an increased blessing. Many are funded by organizations like CBN Israel as well as other Christian groups and churches in the U.S. and other nations.

Palestinians suffer, too, since Gaza is a Hamas-created prison with an open sky. More than 2 million Palestinian residents are crammed into this high-density enclave. It stretches 25 miles long and three to seven-and-a-half miles wide. It is a small area of major poverty and despair.

Let us make sure we recognize that terrorists are the ones who wear the mantle of evil. As God’s chosen people, Israel wears a humanitarian mantle as evidenced in massive ways—in this instance by reaching out to Gazans with employment and wanting shalom for all.

Israel is not a nation to be idolized. It is imperfect as all nations and peoples are, including Christians. Yet God’s eternal biblical covenants with the Jews compel us to pray and stand with them: “I will make a covenant of peace with them, and it shall be an everlasting covenant with them; I will establish them and multiply them, and I will set My sanctuary in their midst forevermore” (Ezekiel 37:26 NKJV).

Please join CBN Israel in prayer this week for both Israelis and Palestinians:

Your ticket for the: Seventeen Years After the Disengagement, Israel is Still Reaching Out to Help Gaza

Seventeen Years After the Disengagement, Israel is Still Reaching Out to Help Gaza