On Being an Advocate for Israel 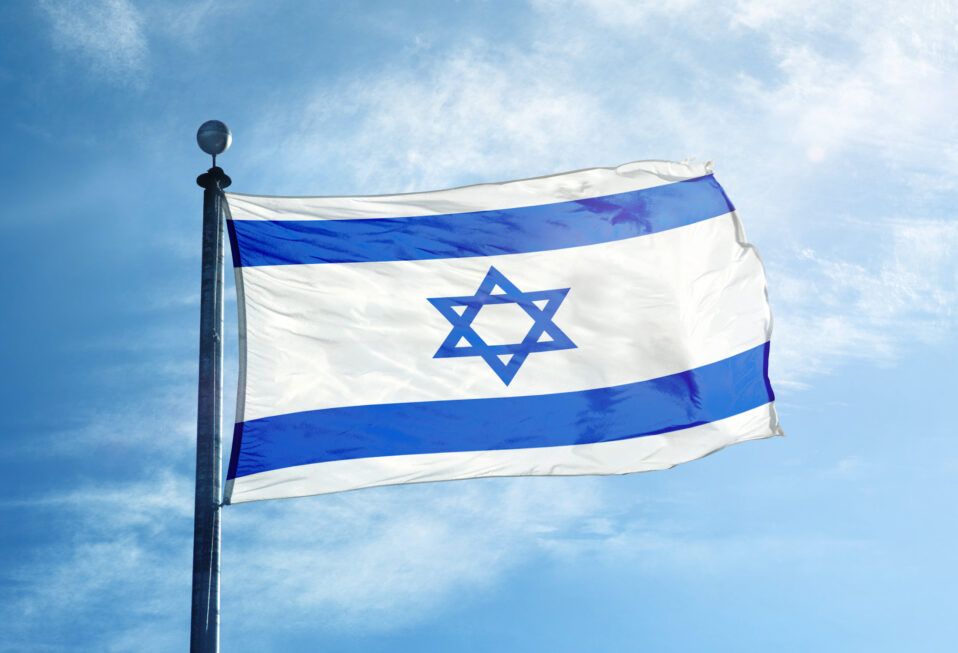 Being an advocate for Israel begins in the heart. When commanded by Jesus to “Love the Lord your God with all your heart and with all your soul and with all your mind,” it is important to see that a part of our love for Him is loving His chosen people, the Jews. Knowing that He sees us loving Him through caring for His people, I have been a privileged supporter of Israel and educated in that love by some of the best. I want to share ideas in the hope that you who already care about the world’s only Jewish nation and the Jewish people will also know how to be a capable defender of Israel in everyday life.

I have lost count of how many times I have traveled to Israel. Standing on Israel’s border is a spiritual, geographical, and policy lesson. In my numerous visits to Israel’s borders, I have gained another layer of understanding. One year, during Syria’s horrific civil war, a Golan Heights ATV team led one of my groups of Christian leaders atop Israel’s Golan for a look into Syria. As we listened to a defense expert, mortars in the distance punctuated his briefing as a grim backdrop to Syrian President Bashar al-Assad’s dictatorship of massive cruelty.

On another trip, our group met at an unnamed location overlooking Syria at a military outpost with Israeli tanks hidden in gullies. By this time, Iran’s Islamic Revolutionary Guard Corps (IRGC) was embedded in its occupation of Syria in various locations to oversee Iran’s substantial weapons depots. Iran’s threats to destroy Israel are unmistakable and up close. From there, Damascus was approximately 40 miles north. Defending their country, the Israel Defense Forces (IDF) frequently ventures into Syria by air to destroy weapons depots that Iran continues to transfer into Syria. Part of the IDF’s core policy is its intent to destroy weapons, not civilians.

In every defense briefing I have heard in more than 20 years of advocacy for Israel, I have never met any IDF personnel who wanted anything but peace. Peace has always been, and will always remain, their goal. Thankfully, the years have produced a number of peace treaties—first with Jordan and Egypt, then the Abraham Accords under former President Trump’s leadership, and now Bahrain and United Arab Emirates.

As a member of professional staff for organizations that view support for Israel as an imperative, I have accumulated advocacy resources through my firsthand experiences and the outstanding organizations where I have enjoyed the privilege of working. In a recent online webinar briefing by Israel’s Lieutenant Colonel Jonathan Conricus, he masterfully communicated an insider’s look at international media and offered useful strategies for those who stand with Israel, whether individually or in media. Conricus served in the IDF for 24 years, completing his last four years as the IDF International Spokesman. He is now International Spokesman for the Israel Defense and Security Forum.

My goal for readers of this week’s column is to pass along how to successfully relay truths about Israel, and how two minutes of your time as a citizen makes a difference! Our faith is foundational, yet we must remember James 2:26: “As the body without the spirit is dead, so faith without deeds is dead.”

I have often advised those whom I mentor with a principle for Israel advocacy: govern your passions with wisdom, whether in calls, emails, social media, or in person. Although the Bible is our ultimate authority—viewing God’s unbreakable covenants with the Jews as eternal—it is easy to become angry about the incessant slander against Israel and the Jewish community. However, lean on God’s truths, which are more valuable than hysteria and emotions. Lt. Col. Conricus advises turning outrage into action in a reasoned way and to provide more facts than opinions. As he points out: “Frustration and emotions are not a work plan.”

Understanding some of the media infrastructure is important. The world’s top three media giants are The Associated Press (AP), Reuters, and Agence France-Presse (AFP), each founded in the mid-1800s. Their media ecosystem is vast. Other media, even though large, rely on these top three, which have thousands of staff spread out in almost every country. AP alone has more than a 3-billion-person reach. Generally trusted, this news agency trio has high stature and incredible power to report breaking news. However, news agencies can distort the news with their own headlines and reporting, which fuels the flame of lies and anti-Semitism. With 480 registered journalists in Israel, that number increases by nearly 2,000 when media reporters rush to Israel to cover a major conflict.

Lt. Col. Conricus cited two main media problems: that cause and effect are too often missing from news reports, as is the correct chronology of events. Here is an example: Hamas fires rockets from Gaza toward Israel. The media is silent. As soon as Israel reacts, media reports it immediately—without looking at cause and effect. One headline read, “Israel troops kill Palestinian in Tel Aviv.” However, this action took place after a Palestinian had killed an Israeli.

Sometimes headlines are the only thing the public reads or hears, which shapes the narrative against Israel. There’s simply no context provided that would enhance readers’ understanding of the events. Conricus says we must “demand cause and effect and chronology on headlines.” We must learn to ask, “Is this the right headline? Who started the attack? Was Israel the aggressor—or was Israel defending itself?” Why do media give the same respect to terrorists as they do to Israeli officials? Conricus adds, “We know that Israel is not perfect and that is not what we are looking for. We want fairness in media.”

One of his most revealing comments concerns Palestinians who work for media. Conricus notes that some of these workers are excellent, but that an anti-Israel bias predominates among many Palestinian reporters, stringers, and photographers. Terrorist organization Hamas in the August 2022 Breaking Dawn conflict was disturbed about accurate reports from stringers—that some Hamas-launched rockets fell in their own territory and killed Palestinians. Hamas’s response, “If you report what we don’t like, we will come after you and your family.” Palestinians are bullied and afraid for their families. Israel does not use those tactics. Confronting lies yet not shutting them down are marks of freedom.

Known for its freedom of the press, Israel maintains a direct line for the international media to the IDF, Ministry of Foreign Affairs, Israel police, and Prime Minister. Although the high level of access is available, does that make a difference when international media views the IDF and terrorists on equal footing?

Israel and the United States are facing unprecedented challenges in a world turned upside down with evil. It is time for believers and all people of good will to repurpose propaganda into a pure form. Joseph Goebbels, minister of propaganda for Germany’s Third Reich, perfected evil propaganda. Now we must respond to the call of this time in our world to rise up united.

We must be truth tellers, repeating truths in a wise and reasonable way—in conversations, media outlets, events, your social media, churches, and synagogues. We must be the mainstream media. I encourage you to step out of your comfort zone. Let us make Lt. Colonel Jonathan Conricus and the Israel Defense and Security Forum proud that we are on their advocacy team. Yet, far beyond, let us actively honor God by standing up for His chosen people, the Jews, whom He appointed to transmit His words in the Bible and sent His only begotten Son to redeem the entire world.

Trusted sources are available for you to educate, then activate, yourself about Israel in particular. Your action is valuable even for two minutes! If you sign up (free) for CAMERA.org, HonestReporting.org, CUFI.org, and AIPAC.org, they will send you action alerts with letters already written based on urgent issues. In addition, other news outlets are trusted and helpful, including CBN News, Times of Israel, All Israel News, and The Jerusalem Post.

Join CBN Israel this week to pray that God would protect Israel and continue to raise up advocates to support the Jewish nation and people:

Your ticket for the: On Being an Advocate for Israel

On Being an Advocate for Israel