Is Another Revolution Underway in Iran? 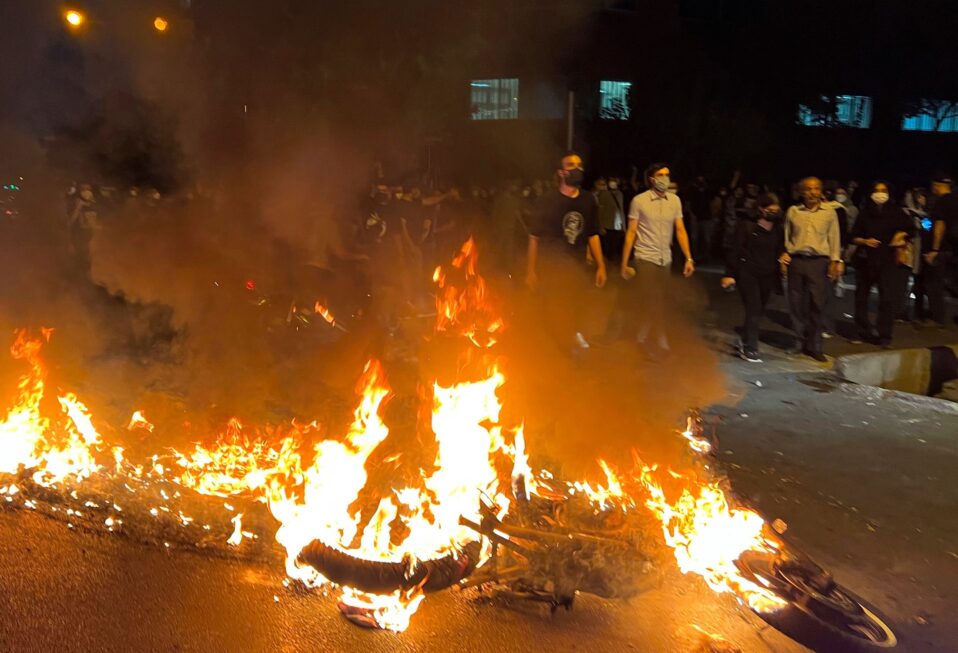 Describing Iran as the main state sponsor of terrorism can sound somewhat bland, since the description, although absolutely correct, is repeated so often. However, the severe hardships that Islamic leaders are forcing onto anyone opposing them are never-ending and bear revisiting. We cannot ignore Iran’s goal: to establish a global caliphate and rule the world with their harsh brand of Islamist tyranny.

The human costs assume many forms. Israel comes to mind immediately. When Iran commands its Hamas proxy in Gaza to rain down rockets and missiles on southern Israel, mothers grab their children and rush to their safe room—if they have one. A dad driving in downtown Sderot must decide how to pull his three young children out of his car to make the 15-second sprint to a portable bomb shelter on the corner.

Parents in Israel also agonize over frequent goodbyes to their sons and daughters who began their mandatory military service right out of high school in the Israel Defense Forces (IDF). Although these young soldiers do not serve overseas, the IDF is on assignment 24/7—facing injury and death on their own soil.

Turning to Iran’s population of 88,584,380, the Islamic mullahs’ occupation of that nation since 1979 has produced 43 years of oppression—replete with “morality police,” large-scale executions of citizens who oppose the regime, and diverting national economic benefits into the regime’s quest for weapons of mass destruction, to name a few.

I recently heard an interview with Iranian-born Mariam Memarsadeghi, the founder and director of the Cyrus Forum. Inspired by both ancient Persian leader Cyrus and the Constitution of the United States—her adopted country—Mariam set up the new Cyrus Forum to plan for an Iranian democratic future. She explains, “We cannot know when Iran will transition away from tyranny. … We must prepare ourselves to make it so.”

She reflected on the protests still going on in Iran, which were sparked by the murder of 22-year-old Mahsa Amini, a Kurdish Iranian who was arrested by the “morality police” for not properly wearing her hijab—her head covering.

Mahsa’s father claims she was beaten to death in custody. In a call to the grieving family, President Ebrahim Raisi declared, “Your daughter is like my own daughter, and I feel that this incident happened to one of my loved ones.” His hypocrisy is despicable since he is forcefully carrying out the regime’s Islamic tyranny.

The Cyrus Forum founder describes these protests as nationwide in scope, and different from previous protests due to the emotional intensity. Protesters include numerous ethnicities, faiths, and lifestyles; all are united in a common desire for unity. Mariam’s simple explanation says it all: “One event becomes one too many.”

Mahsa’s head was bashed in repeatedly—grim news that swiftly hit Iranian hearts and emotions. Women and girls are leading the protests, where hijabs are a symbol of the last 43 years of oppression. Young Iranians growing up under the regime have known nothing but the Islamic theocracy’s cruelty. An estimated 200 innocents have already died at the hands of police. Mariam has these suggestions for other nations: Expel your Iranian ambassadors and uphold current sanctions against Iran. She is somewhat hopeful that the totalitarian regime will be overthrown.

Since 1979, thousands of Iranians have died due to torture and violence. One more true story shows the depth of longing for freedom that is shared by most Iranians. In 2019, an Iranian woman dressed like a man so she could sneak into a sports stadium and see a men’s soccer match. Police arrested the 29-year-old, Sahar Khodayari, saying she could be in jail for six months. She died in protest by setting herself on fire—a haunting example of the unimaginable anguish that wraps around Iranians who long for freedom.

The protests are gaining ground outside Iran. Reuters reports that an estimated 80,000 protesters rallied in Berlin on October 22 after arriving from all over the European Union, the United States, and Canada. The crowds shouted, “Death to Khamenei,” the Supreme Ayatollah.

Iran’s lethal influence is now felt in Ukraine, since Iran and Russia have “defense cooperation.” Reuters reports that Iran is supplying Russia with drones and surface-to-surface missiles. These deadly drones are adding to the immense suffering of Ukraine’s people. Britain, France, and Germany want the United Nations to investigate the actions behind the accusations, actions that violate a U.N. Security Council resolution. It is an admirable goal, but U.N. resolutions are feeble at best.

On another front, the Democratic Speaker of the U.S. House of Representatives, Nancy Pelosi, is attending a two-day summit of European parliaments in Croatia. At a press conference on October 24, she noted, “We’ve been trying for a while now to have a nuclear agreement with Iran so that we can make the world a safer place, and now they’re going off aiding the Russians and making the world a less safe place.” It is obvious that Iran supplying Russia with drones did not change her mind about the 2022 Iran deal effort. To millions of commonsense Americans and Israelis, the 2015 Obama/Biden Iran agreement is why the world is less safe. When leaders idolize lies, nothing good comes of it.

As I wrote last week, Biden’s 2022 Iran deal is at a stalemate, but it remains his goal. Pelosi’s comment reflects their party’s denial of Iran’s evil intent inside and outside its borders—and leads into another aspect of Iran’s global presence.

I’ll close with a quote from Khaled Abu Toameh, a highly respected Israeli-Arab journalist: “Biden and his administration, it appears, would rather align themselves with the mullahs in Iran and the new ‘Russian-Iranian Axis of Evil,’ than strengthen their ties with America’s longstanding partners, the Arabs in the Gulf.”

I hope Israelis and Americans remember Toameh’s quote when going to the polls to vote.

May we consider the words of the prophet Isaiah as a lens into our world today, trusting God for our personal lives and praying for others at home and abroad:

“When You did awesome works that we did not expect, You came down, and the mountains quaked at Your presence. From ancient times no one has heard, no one has listened, no eye has seen any God except You, who acts on behalf of the one who waits for Him. You welcome the one who joyfully does what is right; they remember You in Your ways. But we have sinned, and You were angry. How can we be saved if we remain in our sins?” (Isaiah 64:3-5 HCSB)

Please join CBN Israel this week in praying for Israel and Middle East:

Your ticket for the: Is Another Revolution Underway in Iran?

Is Another Revolution Underway in Iran?