Gaslighting in the United States and Israel: Three Reality Checks 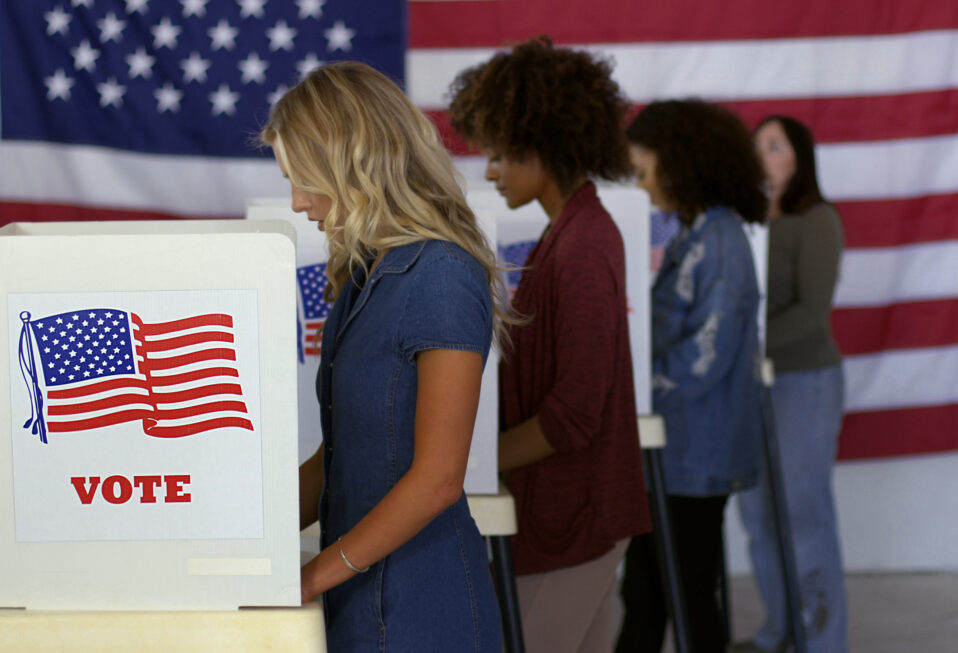 When I want to watch an outstanding movie, I often gravitate to 1940s classics. Gaslight, one of Ingrid Bergman’s most famous movies, is a gripping 1944 thriller. In the film, Bergman played a newlywed, Paula, whose husband was a master at “gaslighting”—manipulating her into questioning her own sanity. Paula grew frantic as her husband—driven by his goal of dominating her—repeatedly insisted that she did not see what she saw, that the problem was in her mind. Eventually, a detective rescued her, reassuring her that she was not crazy. The Oscar-winning movie popularized the word in its title, Gaslight, which has become part of our culture.

Gaslighting can be viewed as propaganda’s first cousin. They both distort the truth, repeatedly lying for their own gain to control a narrative. Gaslighting is considered not only manipulation but emotional abuse, as well. It is exploited person to person, or toward large groups that leaders and dictators wish to control.

Isaiah 5:20 does not use the word “gaslighting.” However, God’s ancient Jewish scribe records such deceitful tactics simply and powerfully: “Woe to those who call evil good and good evil, who put darkness for light and light for darkness, who put bitter for sweet and sweet for bitter” (NIV).

Our first reality check is on behalf of the American Jewish community, Jewish college students, and Israel, the Jewish homeland. Our Jewish friends here and abroad experience gaslighting. And while they do not doubt their sanity, they suffer the abuse of rising anti-Semitism, which may take an emotional or even a deadly toll. In the United States, Jew-hatred—pushed by the global mainstream media, the Boycott, Divestment and Sanctions movement, and the United Nations—pops up on the landscape of many universities and creates fear among Jewish students

Hillel—the top Jewish student organization on campuses—and the Anti-Defamation League joined forces to conduct a detailed survey in 2021. It indicated that anti-Semitism keeps growing. Today it presents a worrying threat on college campuses, sometimes preventing Jewish students from joining clubs and participating in other activities. Verbal abuse is frequent, and many Jewish students hide their identity by not wearing their kippahs. Nearly a third of those surveyed reported offensive comments in person or on social media. In one example, at a party someone gave a Nazi salute after learning the student was Jewish.

Gaslighting’s origins on campus emerge not only from mainstream media’s biased Israel reporting but also from organizations like Students for Justice in Palestine. In September, Alums for Campus Fairness reported that college newspapers published an astonishing 1,450 articles about Israel in the last five years. Of these, only 17% were positive.

Freedom of speech is enshrined in our First Amendment; nevertheless, civility must be restored. For 77 years, since its modern statehood, the Jewish homeland itself has been targeted with manipulative gaslighting by much of the world’s media. Stories are packed with bias where the Jewish state is equated with terrorists—most often blamed for starting conflicts instead of defending their citizens from terror. Be aware of misleading headlines or a lack of context in articles. For instance, articles about conflict with Gaza typically omit the fact that Israel unilaterally withdrew its 8,000 citizens from Gaza in 2005—and this area is now run by Hamas terrorists, an Iranian proxy.

Our second reality check is the gaslighting so prevalent in our country today. What we see, do, and hear is often written off by an administration trying to survive the upcoming midterms as the electorate is waking up. This reality check is based on what we ourselves experience throughout the course of our daily lives. We insert the gas nozzle into our tanks and the final price still has a shocking effect. We go grocery shopping, and eggs have doubled in price.

Taking a jog in the park can be a fraught decision now due to out-of-control crime. Our children come home from school with questions about assignments fixated more on issues of sexuality and woke ideology than the fundamentals of reading, writing, and arithmatic. Parents attending school board meetings may face accusations of being domestic terrorists simply for challenging the curriculum. Transgender permissiveness is abusive to children. A father is falsely arrested in his home—in front of his wife and children—by armed FBI agents. His crime? Peaceful protests at an abortion clinic.

When opening our electric or gas bill, we shake our heads, wondering how we will pay it with winter approaching. We hear from members of Congress who travel to our southern border and return with first-person stories of massive human trafficking and cartels brazenly loading fentanyl in the open to cross our border. Parents are attending funerals of loved ones who have died due to an overdose because fentanyl is the leading cause of death for those between the ages of 18-45. The cruelty of wide-open borders and cartels extends to allowing rainbow fentanyl in pills that look like candy but are laced with the deadly synthetic opioid.

Indeed, I am sure most of you reading my column are exceedingly familiar with what is happening in your hometown and our country. You recognize it because you cherish the Bible as a guidebook for living. Holy Scripture also educates us about good and evil. Most of the mainstream media follow the lead of the governing administration, which repeatedly calls us crazy, wrong, domestic terrorists, fascists, and stupid. Gaslighting has spread not just to individuals but half of our citizenry—including conservatives, people of good will, and Christians.

I am thankful that we refuse to be convinced that we are crazy. We know that gaslighting distorts the truth with lies, and tempts us to doubt our memory, reality, or sanity! We are sure that our culture, institutions, entertainment, schools, and yes, some churches, are rapidly trending away from our Judeo-Christian heritage.

Our third reality check is the worthiest of all. It resonates with sustaining truths from the ages with God’s ancient texts transmitted through Jewish scribes. God’s words in the Bible remain our standard of truth and hope. “Praise be to the LORD, for he showed me the wonders of his love when I was in a city under siege. In my alarm I said, ‘I am cut off from your sight!’  Yet You heard my cry for mercy when I called to you for help. Love the LORD, all His faithful people! The LORD preserves those who are true to him, but the proud he pays back in full. Be strong and take heart, all you who hope in the LORD” (Psalm 31:21-24 NIV).

A parting exhortation: Let’s focus on the truth! Like the detective who rescued Ingrid Bergman’s bewildered character in the famous 1944 film, each one of us must be sure to help rescue ourselves, our families, and our country by voting. One aspect of gaslighting is to discourage us from going to the polls. All of us can reject that effort, which is designed to keep voters at home.

We can instead help remedy the gaslighting in America by taking time to vote. Invite your family, friends, and neighbors to go to the polls with you and to ask themselves, “Are our lives better or worse in the last two years?” Voting is an example of our freedoms. We must embrace and act on it. Let us commit to help establish truth again in our nation by voting our values!

Please join CBN Israel this week in praying for both the United States and Israel:

Your ticket for the: Gaslighting in the United States and Israel: Three Reality Checks

Gaslighting in the United States and Israel: Three Reality Checks