A Memorial of Thanksgiving to be Unveiled in Israel 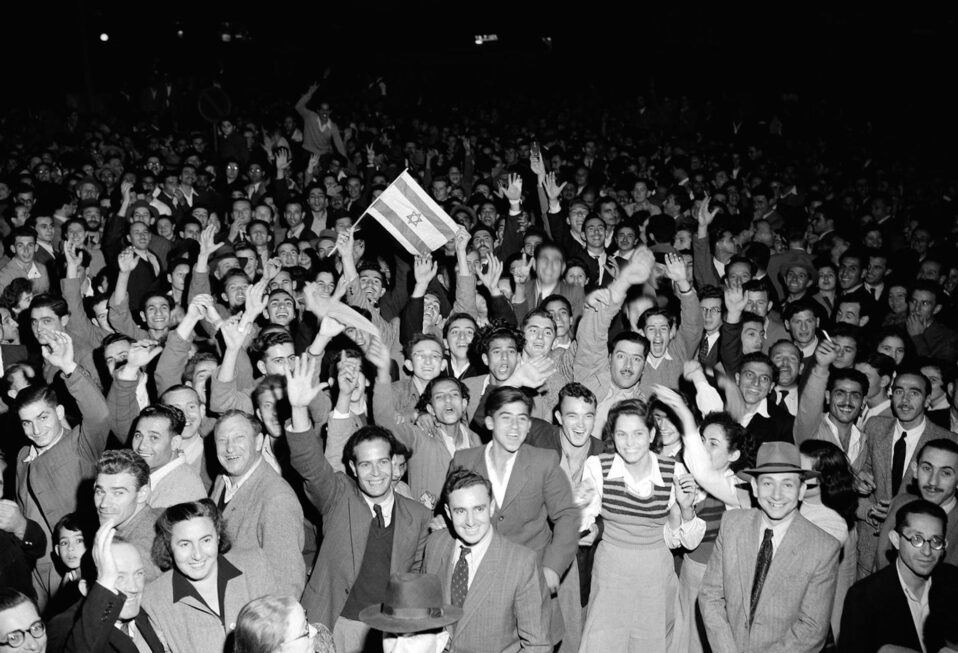 Americans gather today on Thanksgiving to celebrate our beginnings, led by brave Mayflower Pilgrims and other settlers in the 1600s. They sought religious and other freedoms that eventually led to the Revolutionary War and the blessings enshrined in our Declaration of Independence. Republican President Abraham Lincoln, whose leadership reversed the appalling evil of slavery, codified Thanksgiving in 1863. Our much-anticipated annual Thanksgiving holidays are now filled with family, friends, freedom, food, and football.

Israel does not have a Thanksgiving day as such. This year, however—just a few days after our American Thanksgiving—Israel will unveil a memorial on November 29: the 1947 Partition Resolution Memorial. It symbolizes a world-changing thanksgiving for the fulfillment of God’s ancient promise to Abraham in Genesis 17:8: “The whole land of Canaan, where you now reside as a foreigner, I will give as an everlasting possession to you and your descendants after you; and I will be their God” (NIV).

The birth of modern Jewish state took place at the United Nations General Assembly on November 29, 1947. Thus, 2022 marks the 75th anniversary of their momentous vote—the United Nations Partition Plan, Resolution 181. This vote signaled the end of the British Mandate for Palestine, which ended on May 14, 1948, with a Declaration of Independence and name change to “Israel.” The Jewish American Society for Historic Preservation, the Jewish Agency for Israel, and the city of Netanya, Israel, cooperated and funded the memorial, which overlooks Route 2 (the Coastal Highway) on a hill next to Einstein Park. The memorial is the creation of famed Jerusalem sculptor Sam Philipe, whose works have received international acclaim. The public is invited to share this momentous occasion with prominent leaders, veterans, ambassadors, and representatives of foreign states.

I view the 1947 Partition Resolution Memorial as a reminder of the most prized vote in United Nations history. In the years since, the UN’s reckless anti-Israel prejudice cannot erase the decision made seven-and-a-half decades ago—a decision that enacted God’s worldwide blessings through the Jews to be officially resettled in their ancestral homeland.

On that November day in 1947, the United Nations—then located in San Francisco—voted on Resolution 181 to adopt a Partition Plan for two states—one Jewish, one Arab—and changed world history. The vote ended 25 years of British obligatory rule after World War I in what was then called the Mandate of Palestine. It not only changed history; it fulfilled a prophecy in Isaiah 66:8: “Who has ever heard of such things? Who has ever seen things like this? Can a country be born in a day or a nation be brought forth in a moment? Yet no sooner is Zion in labor than she gives birth to her children” (NIV).

Among the then-57 member UN nations, 33 countries voted “Yes,” 13 voted “No,” and 10 countries abstained—a 75 percent “Yes” vote. The Arabs rejected the partition and determined to go to war while the Jews accepted it, although the borders it laid out were much smaller than God’s geographical promise.

Little did anyone know that another fulfillment of highly regarded prophecy was unfolding in Jerusalem that same night—at the same time the vote was taking place! Israeli archaeologist and Hebrew University professor Eleazer Sukenik sat in his study intently scrutinizing fragile pieces of parchment that had come into his possession in a somewhat covert exchange. You could call it “divine connectivity.”

As Sukenik pondered the fragments, his son, Yigael Yadin, ran into the room shouting the news just announced on the radio. David Ben-Gurion, who became Israel’s first prime minister on May 14, 1948, had announced the UN vote. Around 600,000 Jews lived in “Palestine” at the time. I daresay most of them hovered around their radios, intent on hearing news about their 2,000-year hope finally becoming reality. With the historic announcement, ecstatic crowds began running into the streets to celebrate, some even dressed in their pajamas.

In a Israel Forever Foundation blog, you will find a fantastic first-person description of that night and the next day written by Tzippy Porath in a letter to her parents. Tzippy was a young American Jew studying at the Hebrew University for a year. (Letters from Jerusalem: 1947-1948. Jonathan Publications, 2005, pp. 43-47.) Click here to read all her exciting descriptions of this joyous occasion: A Nation Celebrates in Jerusalem, November 30, 1947: The Israel Forever Foundation. She aptly described the Partition Plan vote celebrations as “fifty non-stop hours of delirium.” She and her classmates joined the throngs of “happy people, hugging each other, dancing horas and jigs.”

The crowds flooded the streets in front of the building that housed the Jewish Agency, which worked at the forefront of hope for a Jewish State. “We looked at each other, drew closer together, wrapped arms about each other’s chilled shoulders and felt the thrill of experiencing a historic wonder, dawn bidding Shalom to a Jewish State,” Tzippy wrote.

Against the backdrop of unbridled joy in the streets, Professor Sukenik quietly realized that he held in his hands Isaiah fragments of what came to be known as the Dead Sea Scrolls! That night, God revealed His unmistakable holy stamp upon the UN vote while Professor Sukenik held the ancient fragments that had been found in a Qumran cave by a Bedouin shepherd.

The 33 nations that voted “Yes” had no idea that they were earthly vessels carrying out God’s promises to the ancient nation of Israel, reborn as God had said through the prophet Isaiah 3,000 years earlier. The 24-hour convergence of the U.N. vote and Professor Sukenik verifying the fragments from Isaiah was a colossal God-stamp—opening the doors for Jews to return to their homeland after 2,000 years in dispersion and unfolding innovations in the subsequent years that have blessed our world in myriad ways.

Our own early American history reveals that theologians and American history experts often trace the early colonists’ harvest of thanks to the ancient and still-celebrated Jewish festival of Sukkot. In colonial America, the Bible was their most important book and throughout the Old Testament, they read about Israel’s festivals and the Psalms crammed with expressions of thanks. Also called the Feast of Tabernacles, Sukkot takes place in the fall to celebrate both the harvest and the 40-year wanderings when Israelites lived in temporary shelters journeying toward the Promised Land. Sukkot is often called “the time of our happiness.” It is a reminder that in life’s instability and crises, God is our supreme shelter.

A letter written by Edward Winslow in December 1621 to a friend in England briefly mentions their harvest and his gratitude as an eyewitness. Winslow, a 1620 Mayflower voyager, wrote, “Our harvest being gotten in … so we might after a special manner rejoice together after we had gathered the fruit of our labors … by the goodness of God.”

Our Thanksgiving feasts today would astonish the Pilgrims and early Virginians if they could sit at our tables filled with our bountiful foods. However, reinvigorating their examples of thankfulness and dedicated reverence for the Bible in honoring Judaism’s teachings, we must again become guiding lights for our culture today.

On Thanksgiving, let us prayerfully give the Lord glory for these four blessings: deeding the Holy Land to its rightful owners, for Judaism as the foundation of our Christian faith, for its influence on America’s early settlers and founders, and for our close friendship today that benefits both the United States of America and Israel. We don’t often have a chance to positively recognize the United Nations but let us give thanks for them, too, where in 1947 God mysteriously moved them to vote rightly.

Our CBN Israel team wishes you a memorable and blessed Thanksgiving!

Join us in prayer this week with hearts of gratitude:

Your ticket for the: A Memorial of Thanksgiving to be Unveiled in Israel

A Memorial of Thanksgiving to be Unveiled in Israel