Jesus Celebrated Hanukkah’s Momentous Victory at the Festival of Lights 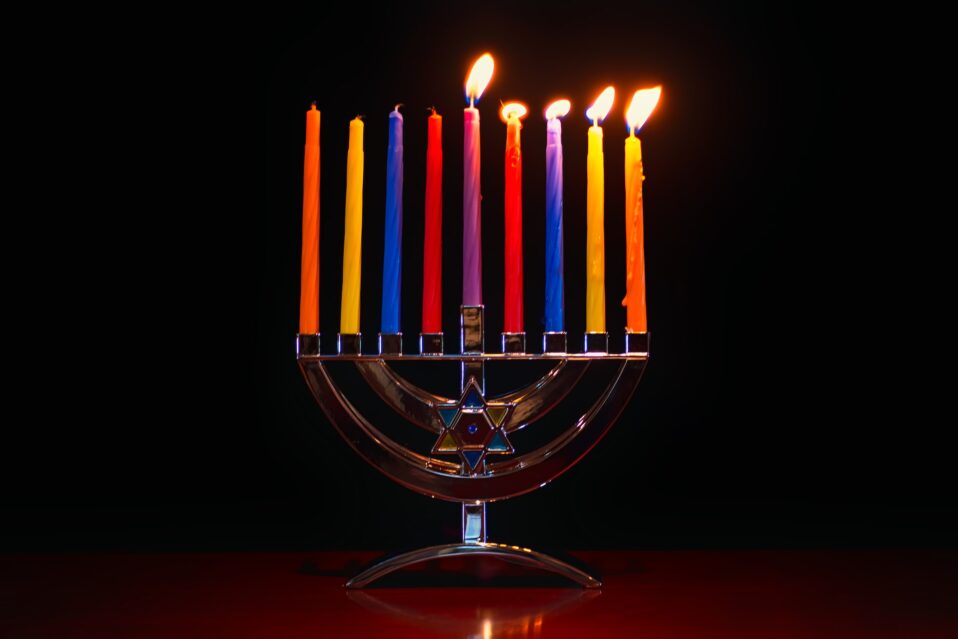 The festival of Hanukkah (“dedication” in Hebrew) celebrates far more than delicious latkes, candles, gifts, and jelly doughnuts. As an observant Jew, Jesus celebrated the enduring major festivals—Passover, Shavuot, and Sukkot. He annually walked the recently rediscovered Pilgrim Road up to the Temple in Jerusalem.

Yet the only mention of Hanukkah in Scripture appears in John 10:22-23: “Then the Festival of Dedication[a] took place in Jerusalem, and it was winter. 23 Jesus was walking in the temple complex in Solomon’s Colonnade” (HCSB). Hanukkah thus marks the joyous victory of a small band of dedicated fighters who had prevailed against the formidable army of Syrian King Antiochus IV some 400 years before Jesus’ birth.

Most Christians have heard of the Maccabees who organized themselves to oppose Antiochus IV. In 168 B.C., Antiochus’ hatred of the Jews resulted in his campaign of destruction and lawlessness to force the Jews to abandon their Judaism, substitute pagan practices for it, and assimilate into Greek culture. His soldiers vandalized and desecrated the Temple.

In a series of miracles, the Maccabees won against all odds, cleansed, and restored the Temple, and found a small earthenware flask of Temple oil that burned not for a single night but for an astonishing eight days—until a big batch of specialized oil could be made. The eight days of oil in the Temple Menorah served as a symbol of the Maccabees’ victory, one of God’s many promises guaranteeing the survival of His people.

Today, Israelis and Jews worldwide now light their own menorahs for eight days each year. The festival is celebrated annually on Judaism’s lunar calendar on the 25th of Kislev, and generally falls in December and sometimes November on our Gregorian calendar. This year, Hanukkah candles are lit each night from sundown December 18 to sundown December 26. The dates intersect with our celebrations of Jesus as the Light of the world and the Hebrews’ Maccabean victory.

That long-ago conflict over Jerusalem was far from unusual, given its religious and geographic strategic importance. Over the centuries Israel’s capital has been attacked 52 times, captured (then recaptured) 44 times, besieged 23 times, and destroyed twice. Aggressive wars against Israel can be viewed as modern miracles—a small nation like a small band of Maccabees, defeating bigger enemies that are bent on destroying them. Among these conflicts were the 1948 War of Independence, 1967 Six-Day War, and 1973 Yom Kippur War.

Like replicas of Antiochus IV, modern dictators issue threats against Israel—from Iran’s ayatollahs and their surrogates in Syria, Lebanon, and Gaza to Putin’s Russia. Furthermore, false claims accusing Israel of apartheid persist in the United Nations. UN Watch reports that on December 1, 2022, the United Nations carried out an astonishing 15 resolutions against Israel—yet just 13 against the rest of the world combined. Take a moment to absorb these outrageous facts.

Even though Israel provides humanitarian aid to other nations, even though its innovations offer worldwide benefits to humankind, Israel is the UN’s only scapegoat. Not Iran, whose security police have already killed more than 400 protesters and are holding thousands more. Not Syria’s President Assad, who’s guilty of promoting a civil war that has killed half a million Syrian citizens. Not Russia, senselessly murdering Ukrainians. Not Boko Haram, the terrorist Shiite Muslims who murder, kidnap, rape, and burn churches in northern Nigeria. Just Israel.

In another look at the Hanukkah calendar, Hanukkah began nearly 600 years before the first official Christmas date was decided. Still a controversial discussion among Christians today, December 25 was chosen as our Lord’s birthday by Pope Julius—350 years after Jesus’ birth—and made official in 529 A.D. by Roman Emperor Justinian, who made it a civic holiday. The pope and emperor connected Christmas to the Winter Solstice, a pagan festival, while claiming to dismiss the pagan practices.

It is more than unfortunate that these decisions helped cement a version of Christianity that disavowed its Jewish roots, thus making way for Replacement Theology, which wrongly declares that the church has replaced Israel in God’s plan. Non-Jews who believe in our Jewish Lord Jesus are adopted into the ancient root of Judaism, but we do not replace the Jews. God’s covenants with the Jews are permanent. Through adoption, God has invited us into His family.

Reinforcing His pledges to this very day, God has enacted the ancient Maccabee triumph of 2,200 years ago with every victory before and since, based on His covenants with the Jews. The word “covenant” is repeated 313 times in Scripture, emphasizing God’s unbreakable promises and His bond with His chosen people. From Abraham, Moses, and the prophets to Jesus, His disciples, and the Apostle Paul, God chose and prepared them as vessels in world history—to transcribe His words into our Old and New Testaments. In an astonishing act of unconditional love, He came to earth as Immanuel—God with us—through His birth into the Jewish culture.

Imperfect vessels—just like us Christians and every human born—the Jews have since the time of Abraham transported in their culture the keys to redemption planned by God the Father from the very beginning of His creation and His decision to offer free will to all.

Despite Antiochus IV and every hateful dictator who has attempted and is now trying to eradicate all Jews from the face of the earth, God has unconditionally maintained His covenant whether Jews followed or rejected Him at different moments in history.

In a timely happening for the Hanukkah season, The Jerusalem Post reported on November 23, 2022, that the Israel Antiquities Authority discovered a theft that turned up a rare coin from 169-164 B.C. The ancient coin features none other than Antiochus IV. In the article, Dr. Danny Shion observed, “Antiochus, king of the Seleucid kingdom, was officially named ‘Epiphanes’—the face of God, but behind his back his subjects called him ‘Epimanes’—the crazy Antiochus.” Antiochus is among blasphemous leaders who equate themselves with God. Israel haters and those who scorn the Bible indeed reenact the evil Antiochus IV, who held Jews in contempt and sought to destroy them.

Bible scholars have varying opinions about what Jesus meant when he said, “I am the Light of the World.” But I agree with those who believe that Jesus declared Himself as the light at the Festival of Lights, the Festival of Rededication. Solomon’s Colonnade was a public location that many of us have visited in Jerusalem. The only mention of Hanukkah in John 10:22 goes on to say in verse 24, “The Jews who were there gathered around him, saying, ‘How long will you keep us in suspense? If you are the Messiah, tell us plainly.’” It is easy to assume that He declared Himself as the true Light of the World among the candle-lit menorahs at the Festival of Lights.

Jesus, Immanuel, is our Light to the door of eternal life, the Victor over death and hate, who comes in the Holy Spirit to light our lives now and forever!

The Christian community celebrates Jesus’ birth where, 2,000 years ago, serenaded by a heavenly host, Levitical shepherds rushed to Bethlehem Ephrathah (“fruitful”), its ancient name. Our Messiah, the Shepherd of our souls, was born into the ancient Jewish culture, enacted Jewish customs, read from Old Testament scrolls, and chose to sacrifice Himself as the Perfect Lamb of God.

This Christmas let us ask Jesus to renew His light within us, to stand stronger against Israel’s oppressive enemies in their enmity toward Jesus’ earthly Jewish tribe.

Your ticket for the: Jesus Celebrated Hanukkah’s Momentous Victory at the Festival of Lights

Jesus Celebrated Hanukkah’s Momentous Victory at the Festival of Lights