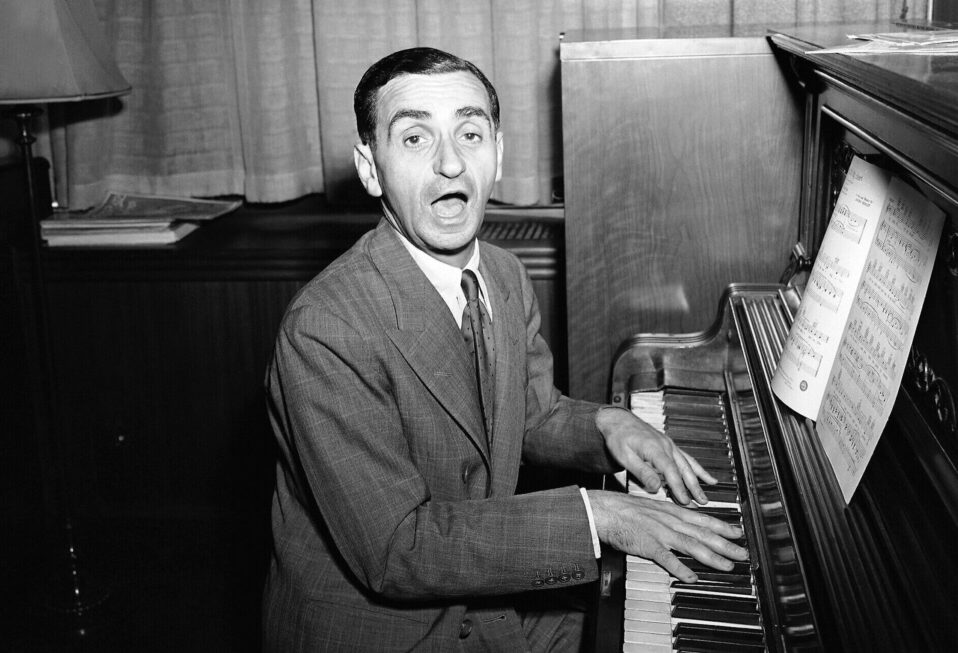 The song “White Christmas” is deeply embedded in American culture, whether your state is snowy or sunny this time of year. Irving Berlin (1888-1989) wrote “White Christmas” in 1947. He expressed his love and appreciation for America after his Jewish family fled the pogroms (persecutions) in Russia in 1893 and settled in the Lower East Side of New York City. Berlin is considered one of the most prolific songwriters of the 20th century, having amassed some 3,000 songs to his credit.

Jews have immigrated to America since before the American Revolution. Around two-and-a-half-million Jews came here from Central Europe and Russia between 1881 and 1924. My husband Paul’s family was among those escaping persecutions and political upheaval and immigrated by way of Ellis Island.

I have seen firsthand the history and gratitude among Jewish immigrants through my husband’s eyes. Paul is a proud first-generation American, born in 1944. Retired from business ownership and humanitarian aid positions, he is now a published poet and author. As Paul’s parents did when they were children, many Jewish families embarked on risky voyages, arriving in the New World with little more than a suitcase. They stood at ship railings with tears in their eyes when they saw the Statue of Liberty for the first time.

America beckoned them in an era before Israel’s 1948 rebirth as a modern Jewish state. “Shelter me in the shadow of your wings” from Psalm 17:8 was an inspiring phrase among many refugees who described America as the “Golden Land.”

In America, where Irving Berlin deeply valued his opportunities and freedom, the composer’s “White Christmas” is an all-time favorite. Another is his beloved patriotic song “God Bless America,” with its eloquent lyrics asking God to “stand beside her and guide her through the night with the light from above.” And, among his numerous accomplishments on the business side of the music industry, Berlin helped pioneer the American Society of Composers, Authors and Publishers (ASCAP), which protected the rights and royalties of songwriters.

Later, Berlin wrote a Broadway production based on his song, “Oh, How I Hate to Get Up in the Morning.” After opening on Broadway on July 4, 1942, then filmed in Hollywood, the show toured across America, as well as army bases near battle lines in Europe and the South Pacific. Due to his patriotism and expert planning, Berlin raised over $6 million for the Army Emergency Relief Fund. President Harry S. Truman awarded Irving Berlin the Army’s Medal of Merit in 1945 for “Extraordinary service as creator and producer of the musical revue, This Is the Army.”

However, the famous creator was not the only Jewish composer to pen Christmas songs. Some of the most-played favorites were written decades ago by 11 Jewish lyricists and composers. Among them was Johnny Marks, who in 1939 wrote “Rudolph the Red-Nosed Reindeer,” which is much loved by children. You may not have eaten chestnuts, yet the musical notes of “Chestnuts Roasting on an Open Fire” by Mel Torme in 1945 “helped to make the season bright.”

“Winter Wonderland” was composed by non-Jew Richard B. Smith and his Jewish friend Felix Bernard. Smith wrote it as a poem in 1934 while in a sanitorium for tuberculosis, then showed it to his friend Felix, who wrote the music and promoted it into fame. It was first recorded the same year by Richard Himber and his Ritz-Carlton Orchestra.

Song, dance, fine arts, theater, and musical instruments are woven into the ancient and present-day fabric of the Jewish community. King David, beloved by both Jews and Christians, not only filled the psalms with songs, but he danced, too! The Book of Psalms provides sacred evidence of the musical importance and contributions of both ancient and contemporary Jews.

In today’s American Jewish community, some of my favorites are Bob Dylan, Barbara Streisand, Neil Diamond, Billy Joel, and Carole King, along with other entertainers like Jerry Seinfeld and Harrison Ford, one of my favorite actors. Jewish worship music is my top listening choice, as performed by Paul Wilbur, Marty Goetz, Lamb’s Joel Chernoff, and Aaron Shust. Their musical renditions radiate with joy and inspiration.

In the philanthropy genre, wealthy Jewish donors are known for their generosity. Yet another sector is also generous as pointed out by Bar Nassim, a postdoctoral fellow in modern Jewish studies at Brandeis University. “Sixty percent of Jewish households earning less than $50,000 a year donate, compared with 46 percent of non-Jewish households in that income bracket,” he notes on The Conversation website. He also points out that, via both private and public donations, Jews represent more than 7,000 foundations. We Christians would do well to follow their examples to increase our giving.

Jewish generosity, whether secular or religious, is underpinned by Scripture. Our call is the same: to give to our churches and charities with compassion toward those less fortunate. These Scriptures enshrine tithes and offerings:

“Good will come to those who are generous and lend freely, who conduct their affairs with justice” (Psalm 112:5).

“And do not forget to do good and to share with others, for with such sacrifices God is pleased” (Hebrews 13:16).

“Here and now I give half of my possessions to the poor, and if I have cheated anybody out of anything, I will pay back four times the amount” (Luke 19:8).

Beyond Christmas songs written from Jewish hearts and Jewish philanthropy that has strengthened our country, another entity originated in the United States. It grows more significant amid Jew hatred here at home, toward Israel, and worldwide. The American Israel Public Affairs Committee (AIPAC) was founded in 1953 by the Jewish Zionist Isaiah Leo (Si) Kenen. AIPAC is the foremost organization designed to encourage and persuade the U.S. government to enact specific policies that create a strong, enduring, and mutually beneficial relationship with our ally Israel.

From its beginning, AIPAC has found that aiming to educate both Democrats and Republicans in Congress—and by bringing together every race, religion, and background as activists—results in strengthening the U.S.-Israel relationship. AIPAC is historically a Jewish organization; however, they have welcomed pro-Israel Christian, Black, and Hispanic members who are effective advocates with their members of Congress to vote on Israel’s security aid and related legislation, a two-way street of benefits.

AIPAC has led the way to advocate in a bipartisan manner with Congress on security aid to Israel, where around 75 percent of it is spent here in the U.S. at factories whose employees are manufacturing military hardware as tools for Israel to oppose aggressive terror. The flawed 2015 Iran deal, the U.S. administration’s current effort to revive that misguided deal, and Israel’s security aid remain AIPAC’s most consequential issues to oppose terror by promoting facts and common sense in Congress.

As we lift our voices in the sacred music of the season and the popular Christmas songs penned by talented Jewish songwriters, let us make sure to give thanks and increase our friendships with Jewish Americans.

Join CBN Israel this week in prayer for both the Jewish and Christian communities:

Your ticket for the: Christmas Songs, Broadway, Philanthropy, and Politics: A Surprising Combination of American Jewish Contributions