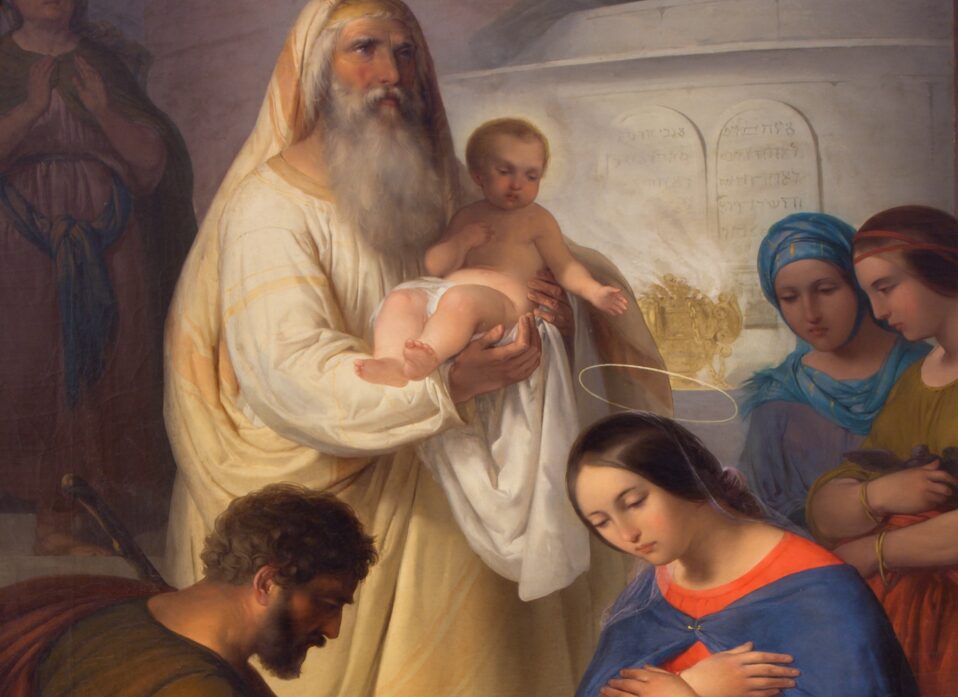 “And behold, there was a man in Jerusalem whose name was Simeon, and this man was just and devout, waiting for the Consolation of Israel, and the Holy Spirit was upon him. And it had been revealed to him by the Holy Spirit that he would not see death before he had seen the Lord’s Christ. So he came by the Spirit into the temple. And when the parents brought in the Child Jesus, to do for Him according to the custom of the law, he took Him up in his arms and blessed God” (Luke 2:25-28 NKJV).

Simeon waited all his life yearning and longing to see God’s redemption. He hoped and prayed for it. He may not have lived long enough to see the consolation of Israel, but he did see the way God would bring it about. He saw the Lord’s anointed.

We live in a world of instant gratification, fast food, instant messaging, and video-on-demand. Perhaps nothing displays this more than the commercialism of the Christmas holiday season. However, the story of Christmas is about patience, not immediacy. It’s about God fulfilling His long-awaited promise to Israel’s fathers, answering the hope of redemption. It’s about the patience to wait.

Simeon waited (Luke 2:25-35). He hoped. He trusted. He waited for the salvation of Israel and his people (2:25). And, as an old man, he knew that when he held the baby Jesus that he would not be there to see the completion of the child’s mission (2:29-32), yet he trusted that God would fulfill His promises through this child. He only caught a glimpse of what He waited for, and he was content because He knew that God was faithful and would do what He promised.

We so often make our faith about us. We do this with Christmas—what Christmas means to me, what God has done for me. Simeon never saw the end of God’s promised redemption. Yet, when he held the baby Jesus, he understood that God’s redemption did not place him, Simeon, at the center; it was not about what God would do personally for him. Rather, God’s redemption would come to all. The collective redemption meant more than his own personal comfort.

We often treat our faith as instant gratification. Instant. Immediate. And when it doesn’t happen as we want, we become frustrated with God. We make excuses why it hasn’t happened. Our faith sometimes proves rather weak and impatient when compared to that of Simeon’s, who had the patience to wait and never lose sight of the God who promised.

Are we content to play a part in God’s overall plan? Christmas poses that question to each of us. The figures of the Christmas story all played roles in God’s redemptive plan. None of them saw the entire fulfillment of God’s promises, and neither have we.

Yet are we willing to play our part in His plan? Or do we place ourselves at the center of the Christmas story? Simeon waited. He trusted. And he rejoiced to see part of God’s promise fulfilled knowing that the God who promised would ultimately bring His promises to fulfillment.

Father, waiting is difficult. Being patient challenges us, but we know that You fulfill Your plans and promises. So, we choose to trust and submit to You obediently to play whatever role You have for us for Your glory. Amen.

Your ticket for the: Weekly Devotional: Waiting for Redemption