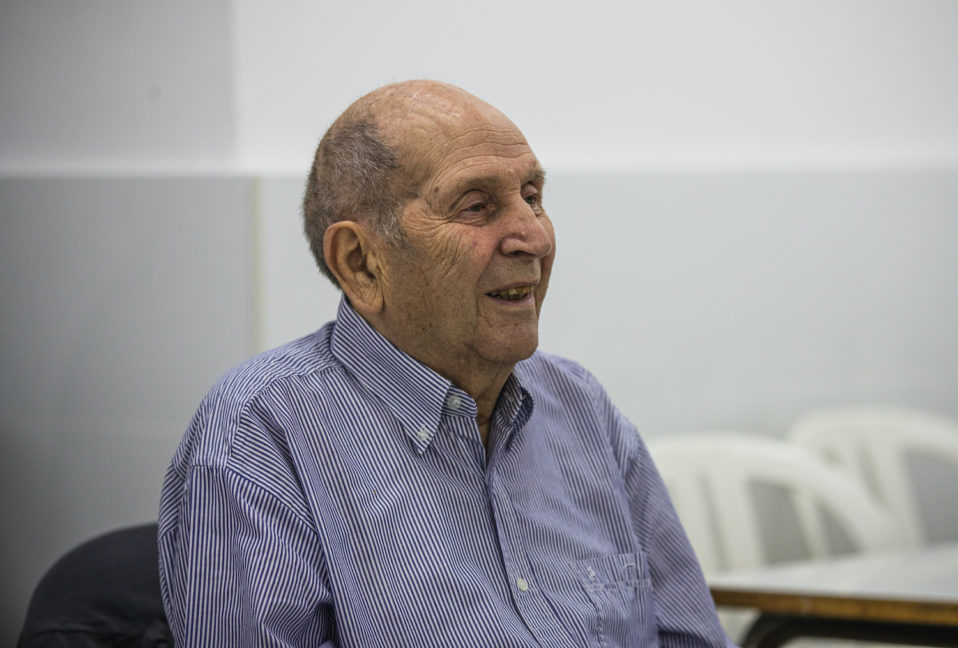 They were terrified. Boris and his mother were standing in line for the gas chamber, separated from his father, who had been judged suitable for doing hard work. Then a soldier recognized Boris’s father as a leather specialist, adept at fashioning boots, coats and other items of value, and immediately intervened to save the whole family. The ghetto would be safe, he promised.

But it was not to be. Living with four other Jewish families in a barn, they were in danger with the next wave of killings in their ghetto. When the Nazis began shooting babies, the frantic families created an underground hall behind the latrine to hide from the certain death.

Escaping to Romania, Boris stayed with a wealthy Christian family for the war’s duration and made his way home after the war. Like many Ukrainians, he had lost his father, who had joined the Red Army to fight Nazis and never returned. He recalls that money was tight, no matter how hard he worked. Years later, Boris made Aliyah to Israel, where he still struggles with the language and finances. At age 90, he can no longer work and has no pension.

But through CBN Israel, generous partners are making his “golden years” so much better. “There are people who care for me like family,” he says. “I receive food, help with medication, and transportation to doctor’s appointments.” The compassion he has received gives him hope and courage.

Your ticket for the: Holocaust Survivor: Boris’ Story